Looking Back on International Women’s Day 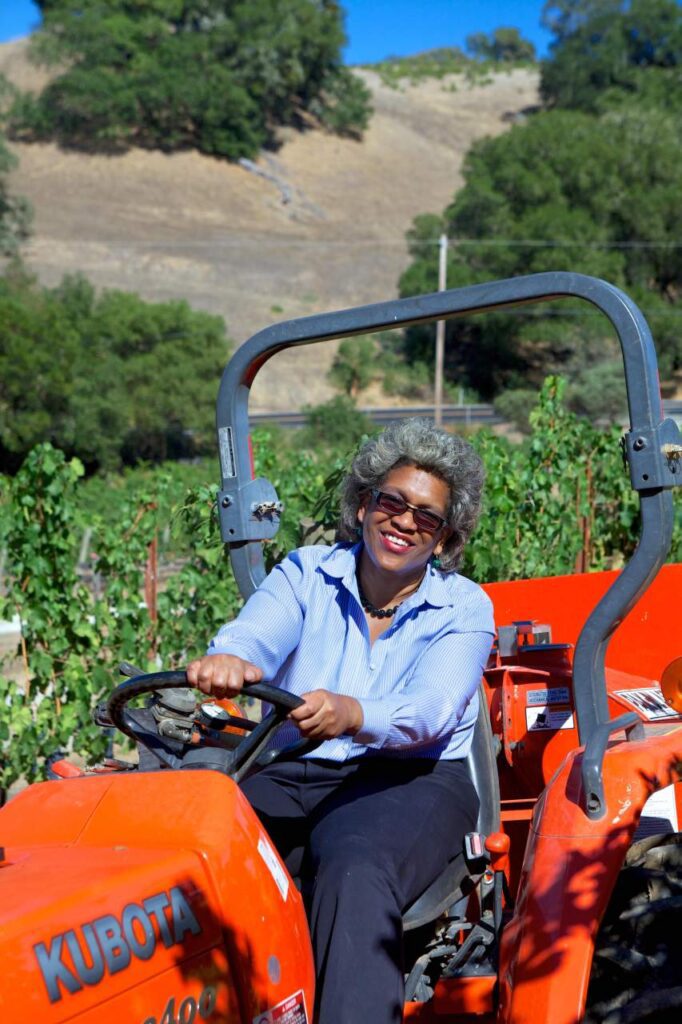 Earlier this week, we celebrated International Women’s Day, a global day celebrating the social, economic, cultural, and political achievements of women. I thought it would great to look back through some of the stories that I’ve told over the last two years about the leading ladies of wine who are making a difference in what they do.

Last year, Remi Cohen replaced Eileen Crane, the founding winemaker and CEO of Domaine Carneros, who was an industry visionary, and was up to the task. She has a history of attention to detail to the cellar and vineyards, blazing her own path through Carneros during her career.  She is an amazing human and even knows how to match Cabernet and oysters,

From crowd funding a winery to having a four-legged Ambassador with more than 72,600 Instagram followers, a wine label, and an active charity, you know that Alison Smith-Story is going to break the mold of the story of wine. The wine is great. It’s a story of love and figuring out how to turn that into a business. And Ali is one of the toughest women that I know, who posted honestly about her battle with cancer and then beat it.

Working in the marketing industry taught Kari she needed to know more about wine. That led to a love affair of matching food and wine, then becoming a home winemaker and then working later as an assistant winemaker at Cornerstone. Eight years later she returned as head winemaker. She has also done winemaking and consulting work for boutique, small production wines like Lindstrom, Keever and Kelly Fleming and was named as a rising star in Napa Valley winemaking.

I was so touched by her 365+ love letter project to her 89-year-old mother, who had been sheltering in place alone since March 16, 2020, for a year when we talked. She (like so many other Americans) is dependent on the US Postal Service and looks to the mail as a bright spot in breaking up the monotony of the pandemic.

Theodora Lee, proprietor of Theopolis Vineyards, is not a woman you forget. I still can’t remember when I met her, but I remember the moment. This no holds barred, authentic, straight-talking Texan, San Francisco trial lawyer and award-winning vintner and owner continues to blaze a trail in the world of wine.

Spending time with Anne Bousquet, Managing Partner of Domaine Bousquet, is like sitting down with your accomplished friend who seems they can do just about anything, but is so incredibly down to earth you can’t help but adore her. Anne was a renowned economist for ten years in the pulp and paper industry where she spoke all over the world about the state of the market. After the birth of her daughter and with the family business of Domaine Bousquet in hyper-growth mode, she stepped in to join the family business. The winery focuses on three-pillars — environmental, social, and economic. These are commitments that have the people, plans and certifications to carry them forward.

SIMI Winery started in 1876 with hard work and the persistence of two immigrant brothers. Through natural disaster and Prohibition, they continued to operate due to the determination of one 18-year-old girl who would not let tragedy end her family’s legacy.  Melissa Stackhouse, Director of Winemaking for SIMI Winery, takes that legacy very seriously.

Cheramie Law is a Renaissance woman — a former United States Marine, woman vintner and one of the biggest evangelists of Texas wine you will ever meet. Her mission is to make good wines and inspire those who don’t see themselves represented in the wine industry. Since I met her at TEXSOM several years ago, I’ve watched her adventure of getting married to her best friend and am excited about the birth of their first baby.

For decades, the wine industry has been male dominated, but these are several women determined to leave their legacy. They, in the words of Michelle Obama, believe “there is no limit to what we, as women, can accomplish.” It is my honor and privilege to cover that journey.