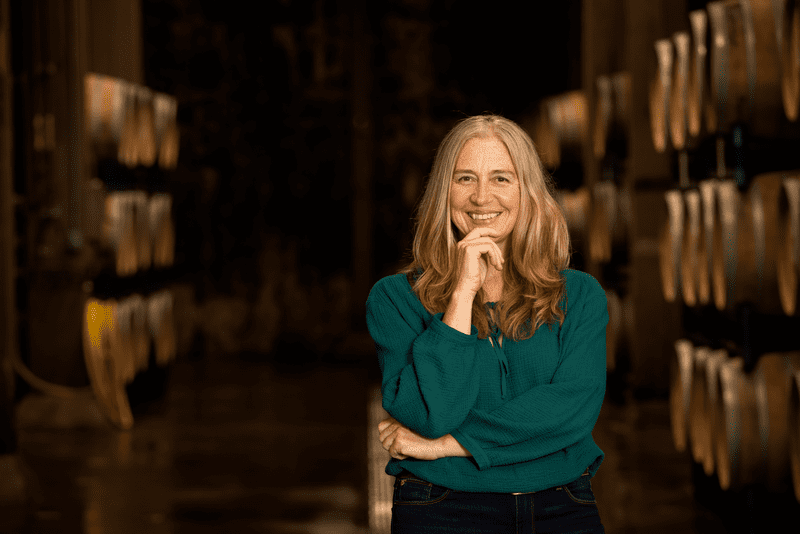 SIMI Winery started with the hard work and persistence of two immigrant brothers.  But it continued due to the determination of one 18-year-old girl who would not let tragedy end her family’s legacy.

That legacy, shown in this anthology video, carried on for more than a century first led by Isabelle Simi, who steered the winery through natural disaster and Prohibition’s crippling effect on California’s budding wine industry for over 70 years, and then with a team of winemakers set on carrying on what the family began in 1876.

I had a chance to talk to Melissa Stackhouse, Director of Winemaking for SIMI Winery, about what that legacy means to her and how she plans to carry it forth. She talked about how in a state full of new wineries, the chance to work for a winery with such a storied history is amazing.

Two Italian brothers, Giuseppe and Pietro Simi immigrated to the United States during the California Gold Rush in 1876.  They didn’t find gold, but they found a love for wine becoming one of the oldest operating wineries.  Starting in North Beach in San Francisco, they moved operations to Healdsburg, California in 1890.  Tragedy and influenza struck in 1904 for both brothers, and 18-year-old Isabelle Simi, Giuseppe’s daughter, stepped up to the plate to run the winery.  She knew it was critical to keep the winery afloat and even taught piano lessons to make sure she could afford to do so.

Prohibition happened from 1920 until 1933, but the winery continued to make and cellar specially licensed sacramental wine stored in the winery’s stone cellars.  SIMI Winery was forced to sell most of its vineyards to survive, but Isabelle continue to work at the winery and unlike most companies, it had wine available when sales were again legal.  In 1919, before Prohibition went into effect, Sonoma County had 256 wineries.  Nineteen years later, 206 of them had closed—but not SIMI.  Isabelle was known for a number of firsts – first tasting room in 1934 in a redwood tank that she turned on its side, creating a stone cellar, using the gravity flow of juice to ferment tanks, selling directly from the cellar door and her commitment to a female winemaking team.

That mantra of female winemaking persevered through SIMI’s history.  Maryann Graf, the first woman to graduate from an American university with a degree in oenology joined SIMI in 1973.  Then came the hire of Zelma Long, one of California’s most prominent winemakers, who modernized and brought the winery to national prominence, and eventually became President and CEO.  Today it’s an all-female winemaking team with a collective 50 years of experience between Melissa and Lisa Evich, who began her career at SIMI, but went to spend time at Arrowood and Pine Ridge before returning home.

Melissa earned her a degree in Viticulture and Enology at the University of California, Davis, apprenticed at Robert Mondavi Winery and worked at Meiomi, J Vineyards & Winery, and La Crema as winemaker before taking her position at SIMI Winery.

I asked Melissa if she had a mentor and she solidly pointed at Jeff Stewart, now General Manager & Winemaker, Hartford Family Winery, who worked with her at SIMI in the early 2000s.  He taught her about succession planning, collaboration and the importance of getting out to vineyards and knowing them intimately.

It is clear that Melissa loves her job.  “I wear jeans every day.  I love the outdoors and walking the vineyards.  It brings together my love of agriculture and science.”  She talked about how fascinating it is to make and mark a vintage.  She has vivid memories – good and bad – of all 28 that she’s worked.  “Every lesson has made me a better winemaker.”  She’s now tasting the 2019, which was her first vintage at SIMI Winery.  Listening to her talk about tasting the fruits of the vineyards and how she is in the process of getting to know them is fascinating.

Throughout the 1980s, SIMI purchased and planted vineyards – ten in total — to make it possible to have greater control over the fruit being produced and to ensure ongoing quality, vintage after vintage. Cabernet Sauvignon, other red Bordeaux varieties and Chardonnay were planted.  Today it owns vineyards in both Alexander Valley (Landslide Vineyard, Red Fan Vineyard, Los Amigos Vineyard and Del Rio Vineyard) as well as Goldfields Vineyard in Russian River Valley. They also use outside growers to make wines that are distinctive representing the vineyard and the place.

The winery was sold in 1981 to Moët-Hennessy, which is now part of the LVMH Moët Hennessy family. Today, the winery is owned by Icon Estates, Constellation Brands’ luxury wine subsidiary.

Melissa tells me that every winemaker is involved in every wine.  “We all need to evolve and no one needs to be a specialist in one,” she said.  “Everything that we do is terroir-driven, a mix of Bordeaux and Burgundian styles.  I want people to know they are drinking a certain wine, say a Cabernet or Pinot, and it ties back to particular a vineyard in Sonoma.  It’s bringing the site, region, soils and topography to life in a glass,” she said.

She talks about the importance of showing the history of SIMI Winery to the consumer – mixing the Old World and New World – and illustrating what is different and eclectic about the Alexander Valley and Russian River Valley regions.  The style is classic and unmanipulated with a nimbleness that is required with every vintage.  “Mother Nature is the dealer, we are the players,” she said.

2016 SIMI Landslide Estate Vineyard Cabernet Sauvignon – The Simi “Landslide Vineyard” gets its name from a giant landslide that rushed through the southern end of Alexander Valley, changing the Russian River.  The slide created three distinct vineyard sections with very distinct wines.  It’s primarily Cabernet with touches of Malbec, Petite Verdot, Merlot and Tannat.  I tasted blackberry, cocoa, cassis, Asian spice, herbs and it had a plushness to it.  This was a sexy and decadent wine.

2019 SIMI Alexander Valley Cabernet Sauvignon – notes of blackberry, oak, vanilla, quince and chocolate with deeper, but balanced tannins.  It is definitely expressive of the region and it was special that I was tasting Melissa’s first vintage.