A year ago, I made the decision that 2016 would be about #seewhatsnext.  I had a successful corporate job and a seat at the executive table, but I wasn’t having fun anymore.  The opportunity presented itself to take some time, reflect and really figure out what I wanted to do.  Fast forward a year later and I have a successful business, I’m working with clients that I adore and the lights are still on. 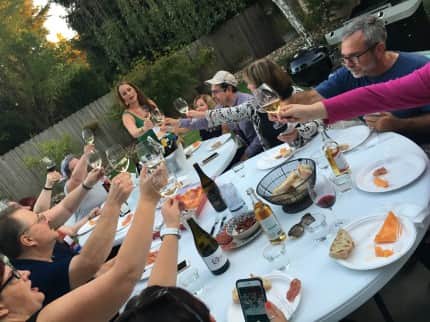 If you know Craig, he is one of the driving forces behind embracing the power of social media.  If you were lucky enough to be on his blogger sample list, you got to understand not only the brand and the nuances of the different varietals, but the people and the intricacies of the wines themselves.  Most of all, you understood the stories of the wines, what values drove the winery and what the winemaker hoped you would capture as you tasted your way through the wines.   His approach resulted in friendships, understanding of the brand and a tribe of people who he could rally at every conference because we enjoyed the wines, Craig and spending time with each other.  Craig brought #goingrogue at past conferences to life and always scheduled a dinner that was one of the highlights of every blogger’s conference.

At the Wine Bloggers Conference in Lodi, I had the chance to spend a little time with Craig, but due to the launch of #masthead, I didn’t really get to delve into the Troon Wines the way I wanted.  When the opportunity with #winestudio occurred, where I had the chance to sample three of Craig’s wines over three Tuesdays, I jumped at the chance.  #winestudio is a Twitter chat that is hosted by Tina Morey, one of folks who meshes her wine and digital expertise into a fun weekly format. 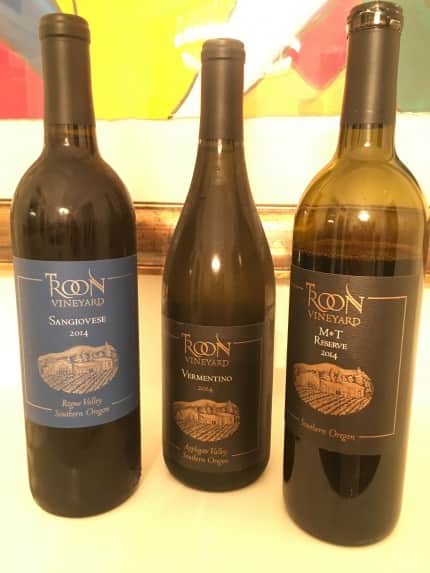 Craig shared what makes Applegate Valley and Troon Vineyard unique.  A few facts about Troon Vineyard.  They are making diverse wines — like tannat, vermentino, roussane, marsanne, malbec, sangiovese, tempranillo and others.  The winery takes a natural approach — fermenting with indigenous yeasts, crushing the grapes by foot, co-fermenting and using sustainable practices.  The soils are similar to Sardegna, Hermitage and Cru Beaujolais.

Troon Vineyard has over 40 years of history in Southern Oregon.  The first vines were planted in 1972 by Dick Troon and he sold the grapes to local wineries.  He decided after a few years to make his own wines until 2003 when he sold the winery to his friend Larry Martin.

We tried three wines during the three-week period.  Unfortunately, I had a last minute business trip scheduled the last week, so I tried the M&T on my own time:

2014 Troon Black Label Vermentino – this was a delicious and complex white due to the granite soil.  I got notes of citrus, tropical fruit, honey and a nuttiness with lots of acid.  I loved Craig’s description that Troon lets the terroir choose the varietals and then finding the people who love to drink them. 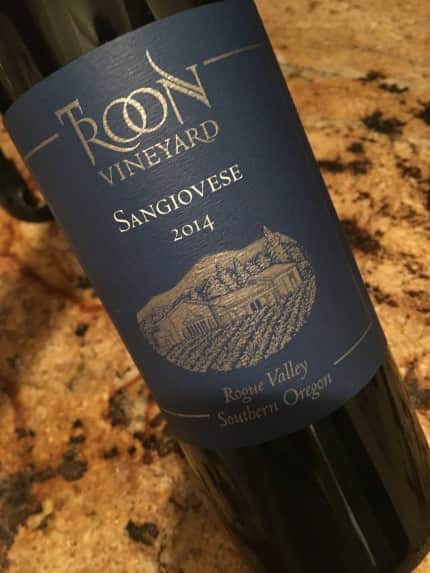 2014 Troon Blue Label Sangiovese – this wine is from the Rogue Valley in Southern Oregon and is 92 percent Sangiovese and 8 percent Syrah, which mirrored the taste of many blends from Tuscany or Sicily.  I tasted cherries, cocoa, violets, red fruit, flowers, fig, chocolate, herbs and almonds.  This food friendly wine stands on its own but would also embrace a number of dishes including pasta.

2013 Troon Black Label M&T – this blend of Malbec and Tannat was complex and rich.  I tasted spices, blackberry, chocolate, mocha, earthiness and this was an elegant and lasting wine.

3 thoughts on “Troon Vineyard: A Glimpse Into the Next Big AVA #winestudio”