The Story of Cristom Vineyards is One of Connection 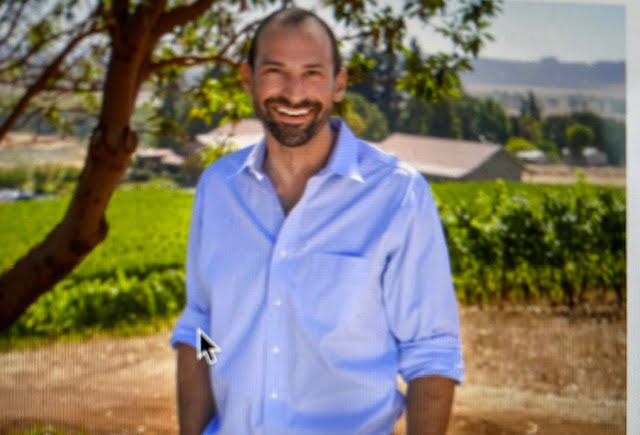 Since its inception, the story of Cristom Vineyards has been about connecting family, farming and winemaking. Paul Gerrie, the co-founder, had a history of working with geologists in oil and gas in Pittsburg. Understanding geology and transitioning to understanding soils wasn’t a huge leap.

I had a chance to talk to Tom, the second-generation owner and winemaker for Cristom Vineyards about the past, present and future.

In the 1990’s, Paul and Eileen Gerrie were ardent wine drinkers, big fans of Oregon and of pinot noirs that honored individual sites and old-world techniques. They had a vision to move to Willamette Valley in Oregon to produce something at a high level and went on a quest to talk to the best and brightest in the business.

After attending a keynote from Robert Parker, they asked him who they should talk to about how to find the best winery property. Mike Etzel, the founding owner and president of Beaux Frères Vineyards, was the answer. He found two properties – one near his vineyard with sedentary soils and one that is the current Eola Amity Hills property where the winery is located today. The 100-year-old, East-facing, volcanic property with an expansive elevation range suited the type of pinots that Paul and Eileen had a vision to make.

The winery shifted in 1994 to single site expressions for the wines and the vineyards are named after significant people in the family – Marjorie, his mother; Louise, his maternal grandmother; Jessie, his paternal grandmother; Paul Gerrie, his father; and Eileen, his wife and co-founder.

Tom started working on the farm when he was eight and later worked at wineries in Washington state, Burgundy, and Australia.

In 2004, he worked for Mike who talked to him the importance of farming, family practices and focusing on trying to preserve the vineyards for generations. He talked about this being a transformative time of learning about organic and biodynamic methods of farming that he still practices today. He returned to Cristom in 2007 and took over the winery in 2012.

Tom had a few key things he wanted to change. He wanted to transition all farming to organic and biodynamic, he wanted a leadership plan with key leaders in place and he wanted to enhance the winemaking style at Cristom.

The tenants are simple. Do things at your highest level to the best of your abilities – that goes for people, winemaking, and farming. It’s from working with the soil and dirt to dry farming to caring for each vine, row, and block (each vine is touched an average of 20 times a year) to whole cluster winemaker. It’s about stewardship of the land and shepherding to make things better for the next generation. It’s about working with permaculture and integrative pest management methods to be less invasive.

The combined team understands the land and the attention to detail necessary for organic and biodynamic farming designed to promote soil health and nutrition. Tom has seen that taking a holistic view of a healthy farm and family, just makes better wine.

He also brought in some key players to the team – Winemaker and vineyard manager Daniel Estrin from Littoral and Chris Butler, Assistant Winemaker from Selbach-Oster to name a few – and credits them for the influence they have already had. They join Founding Winemaker Steve Doerner from Calera. There’s a team of 20 dedicated to crafting the wines.

Tom’s holistic view and agro-ecological approach yielded healthier grapes and the opportunity to be in the vineyard led to greater attention to what was happening in there. In 10 years, his shift in how they work the land, the attention in farming methods and expansion of the experienced staff led him to want to do more to improve the world he lived in. He’s continued to hold himself accountable – like with an energy audit from Oregon State showing how they can reduce input. He’s enacted most of the recommendations and has a continuous action improvement list.

There’s a group of unsung heroes he mentioned that put bottles in their own cars and take the loads to recycle on a weekly basis. But there is still more work to do.

That’s where the 100-year vision comes in. Decisions are made based on the impact of what will happen in centuries to the land and company. They are guided by a belief that they are working toward something bigger that will last beyond their lifetimes.

His bottles (20,000 cases a year) are continually getting lighter, and he talked about how they are easier to ship, better on workers’ backs and easier for the bustling lines. He’s currently evaluating foils to find how it fits in his long-term sustainability plan.

He talked to me about a 10-year transition pilot program, which is currently in process. It’s all the environmental aspects wineries should be thinking about: Recycling, diesel fuel, propane, electricity, and the carbon footprint impact. Today chickens, sheep and cows are on the horizon.

“We are in the very beginning – just starting to see the transformation of this place into a farm that’s alive,” he said. He talked about continuing to make and grow the best fruit, focusing on how they farm, treat the vines, what is best for the individual rows and vineyards and getting a better understanding of the whole cluster, what it is doing in the vineyard and build from there.

His five-year-old son, Benjamin, could carry the legacy and today spends a lot of time in the vineyards, but Tom wants him to create his own path. “I hope my son carries the legacy to continue to make this a better and healthier place producing special things.”

Pinot Noirs and Chardonnay are known as the signature wines of Cristom, but I also had a chance to try the Viognier.

We tried two pinots, one a blend and one a single vineyard. They were both made in a high acid, Burgundian style with an average of 40 to 50 whole clusters used in each bottle.

2019 Cristom Eileen Vineyard Pinot Noir – It was a potpourri of raspberries, orange peel, spice, earth, and all spice. It’s structured, complex and intense.

2020 Cristom Chardonnay Eola-Amity – planted in 1993 and one of the signature wines of the portfolio – this Old-World style wine comes from several estate vineyards. I tasted notes of lemon, white flowers, pear, almond and citrus.

Tom summed up our discussion by talking about how he wants to leave a long-term legacy of the place and vineyard sites that will last for decades. To him, it’s about connection to a place, to a region, to a varietal and to passionate people that will last for the next 100 years.