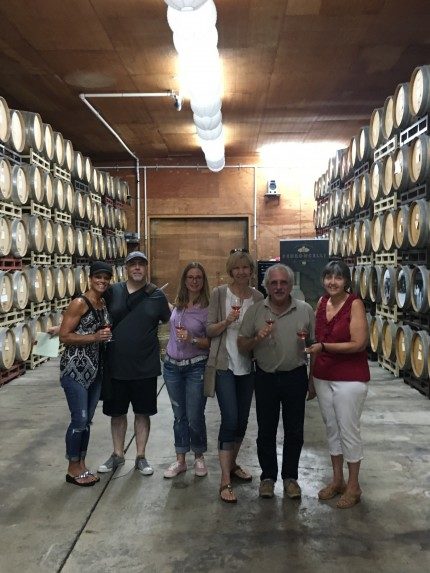 Pedroncelli 90th anniversary where Gabe and I met.  I took the photo and Gabe is second from the left.

Podcaster invites guest to be on podcast.  Guest accepts.  Date is scheduled.  But life is imperfect and often there is a story behind the story.  And such is what happened on Episode 16 (A, B and C) of One Bottle Each with my friend, Gabe Sasso. 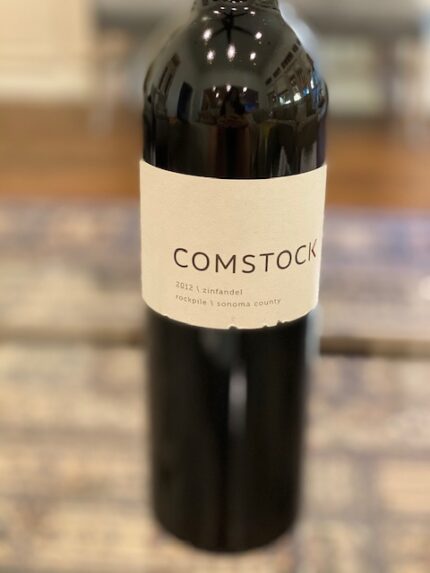 Comstock, my first try (Viognier for me, Zinfandel for Gabe)

It finally did happen and I think we did have the wine that was we were ultimately supposed to have, but it definitely was a process.  Gabe and I first met at a 90th anniversary celebration for a wonderful family winery in Sonoma.  I carefully selected a bottle from another family winery in the region where I had experienced a great trip and sent him the last bottle of red and accidentally opened the last bottle of white.  The concept is that we are supposed to each try the same bottle at the same time.  So we rescheduled. 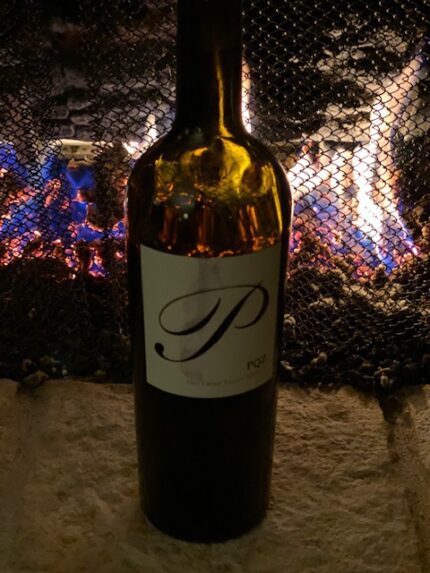 Second try for wine for podcast with Passalacqua Winery

The next time we tried again – and found that the carefully hidden bottle had accidently been brought to a neighbor’s house during the nights the lights went out in Texas.  I was starting to think the cards were stacked against us.

One Bottle Each Final Line-Up. We finally did it!

We finally did get it together and Gabe could not have been nicer throughout the process.  We covered two great wines.  I continued my love for Armenian wines and got to introduce Gabe to a sparkling wine (actually two) from the Keush Wines and I got to visit Rioja Reserva from Beronia Wines which took me back to some memories with Winemaker Matias Calleja.

The stars did finally align and we got the opportunity to chat and enjoy some very good wines. To see or hear more about my discussion with Gabe, click here.

4 thoughts on “One Bottle Each Turning into Three”