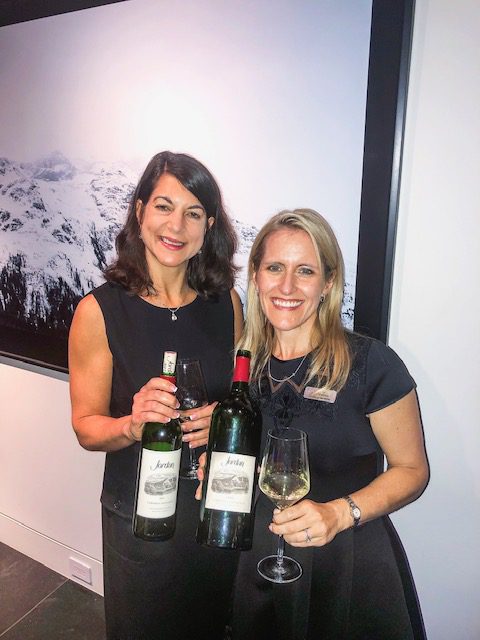 In May, Jordan launched its first vintage of Cabernet Sauvignon aged 100 percent in French oak barrels.  Imagine sampling the 2015 vintage served from an 18-liter Jordan Melchior (the equivalent of 24 standard-sized bottles of wine), pre-release tastings of the 2013 Jordan Cabernet Sauvignon in a magnum, the 2017 Jordan Chardonnay and the Jordan Cuvée by Champagne AR Lenoble.  We were lucky enough to do that in Dallas where the event was hosted by Jordan Associate Winemaker Maggie Kruse and Chef Kent Rathbun. 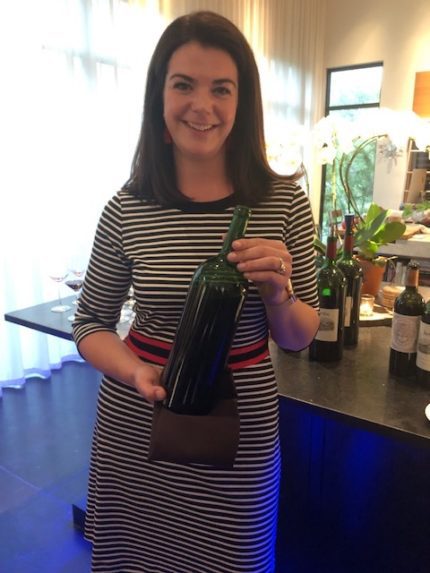 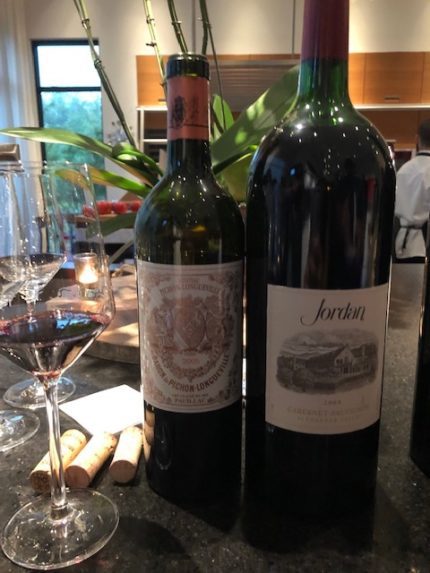 If that wasn’t special enough, we even tried comparative tastings of Pichon Baron and Jordan poured by Maggie.  The wines were both amazing and while I could see some stylistic similarities, this is a blind tasting where I was able to tell the difference. 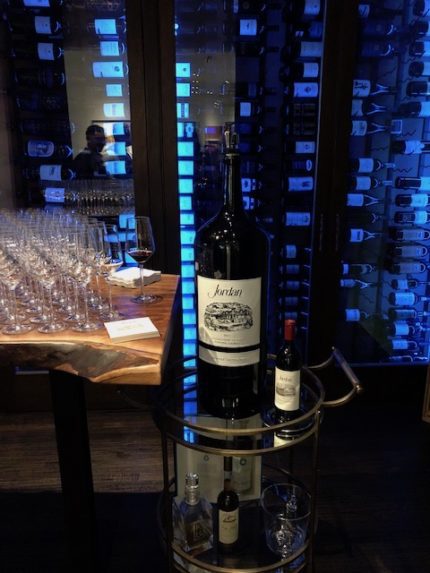 This is a huge shift for Jordan and the 2015 Jordan Cabernet Sauvignon is spectacular.  It is a blend of 77 percent Cabernet Sauvignon, 15 percent Merlot, 6 percent Petit Verdot and 2 percent Malbec, created from 60 different vineyard blocks—a combination of 13 different growers and Jordan Estate vineyards.  The final blend is 85 percent of grower fruit.

While Jordan has always been rooted in Bordeaux and has applauded its French heritage, the 2015 Jordan Alexander Valley Cabernet Sauvignon is using 100 percent French Oak barrels for the first time during a year that marks Winemaker Rob Davis’s 40th harvest at Jordan.  In the past, the winery has aged its wine in both French and American oak.

The shift in barrel philosophy began in 2005 when John Jordan took over from his father and consulted with Rob on how to take the wines to the next level while staying true to the winery’s roots.  Rob had a vision to use top vineyard blocks and French oak barrels.  John tasted the wine and gave him the green light to move forward.  Rob began working in the vineyard changing grape sources in 2006.

He was quoted on the Jordan website saying, “French oak, with its greater array of complex tannins and much greater porosity, lends itself much more to the black fruits and deeper, richer flavors we’ve achieved through new grower vineyards.”

The full transition took another three vintages, as new American oak barrels, which are filled 2-3 times during their lifespan in the Jordan cellar, completed their cycle. 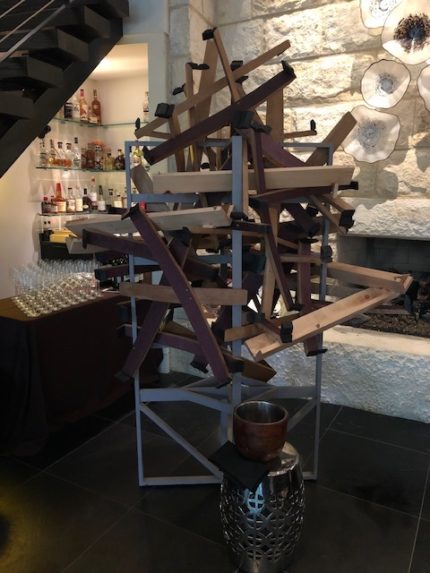 Jordan doesn’t come to a city without a charity tie and it partnered with the American Heart Association, as a preview to its Côtes du Coeur wine auction on May 4.  During the event, there was an auction for a one-of-a-kind wine barrel luge made by Dallas artist Richard Maxwell.  The generous winner of the auction actually donated the piece back to the American Heart Association, so it was able to auction the item off twice. 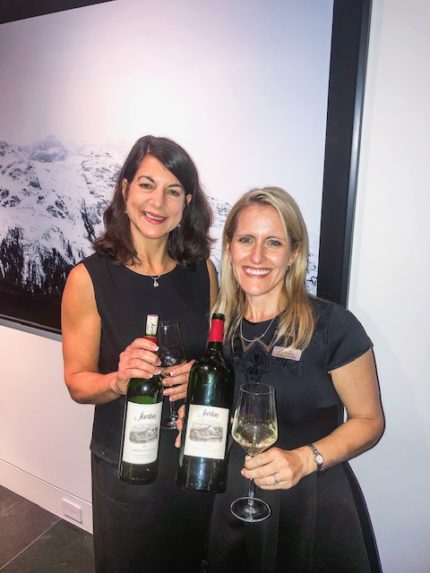 Me and my friend, Lisa Mattson, Jordan’s Director of Marketing and Communications and Author

I’ve always said that Jordan has a party like no other and I’ve been lucky enough to attend several at the winery, in Dallas and countless others at industry events.  Jordan knows the art of pairing food and wine and making customers feel special.