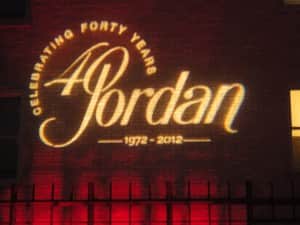 It’s not every day that you get an invitation to celebrate Jordan Vineyard’s 40th anniversary, but I recently received two.  The first, which unfortunately was usurped by the paying gig, was a retrospective wine tasting of Jordan Cabernet Sauvignon hosted by Winemaker Rob Davis and CEO John Jordan where I missed wines from 1976, 1981, 1998, 1999, 2002 and a super blend never released to public, 2008—most bottles had been pulled from John Jordan’s private cellar. It still makes me shed a tear to have missed this. 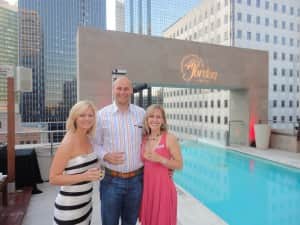 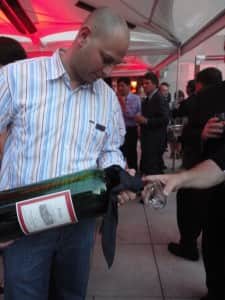 I talked to Lisa Mattson, Jordan’s communications director and one of my favorite wine PR folks, and asked her why Dallas was a part of Jordan’s four city celebration.  She told me about the deep ties that John Jordan has to Texas.  Jordan later addressed the crowd and talked about how his father’s career in the oil business and the support for Jordan wines in Texas has been strong throughout the years.

Jordan Winery also sponsored the 4 on 4 Dallas Art Competition, part of a coast-to-coast, four-city initiative to marry the distinct flavors of metropolitan cities with the essence of Jordan wines and Sonoma wine country. RISING Gallery hosted the Dallas-Fort Worth event and local artist Todd Ford won $5,000 in the competition.