WBC Pre-Trip: A Glimpse into the Soul of Santa Barbara Wine

WBC Pre-Trip: A Glimpse into the Soul of Santa Barbara Wine 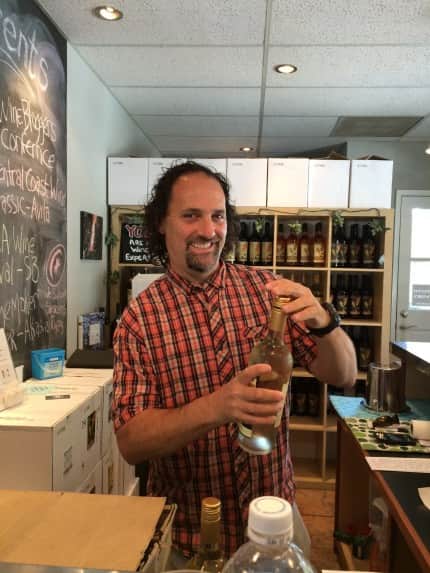 Our WBC journey began with bread.  And yeast.  And really good wine.  What I found about the Santa Barbara region is that it has a soul.  It’s real, it’s eclectic, it’s quotable and it’s incredibly real.  It’s something that you can’t get with a cursory look, which is why I am so glad for the experiences that were planned outside the conference – because by the time I got there, I got it. 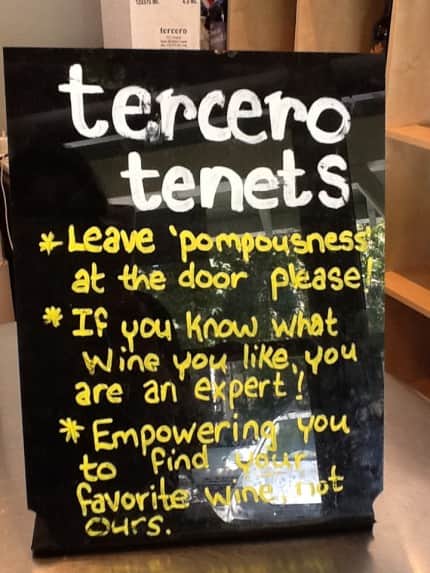 We started first with Larry Schaffer, the winemaker and owner of Tercero Wines, who began the week a stranger and ended as up in our circle of friends.  Larry’s got a fun background – he started out as a financial analyst in the music industry and evolved into a role doing sales and marketing for a publishing company.  In 2001, he wanted a change and became intrigued with the grape to glass concept.  Fast forward to a degree from UC Davis, a job at Fess Parker for six years and then to his own label. 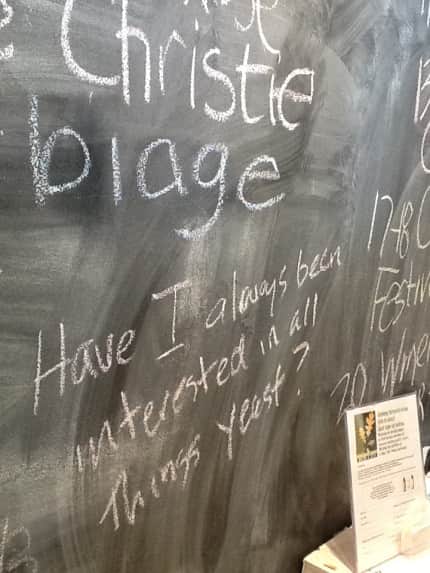 Larry’s personality is larger than life and he held his own with our group … and then some.  He kept his comedic timing and composure until https://twitter.com/marcygordon asked him, “If he had always been interested in all things yeast?”  At that point all bets were off and we officially were added to his chalkboard of funny and snarky things people said.

Tercero (“Third”) was named because Larry is a third child and he has three kids.  His wines were incredible – I took home a mixed case of the 2012 Grenache Blanc, Rousanne and Grenache.  He talked about the similarities of a winemaker to an artist.  “Wine should be like art,” he said.  “Every wine reflects the unique vintage, vineyards and experience of the winemaker.” 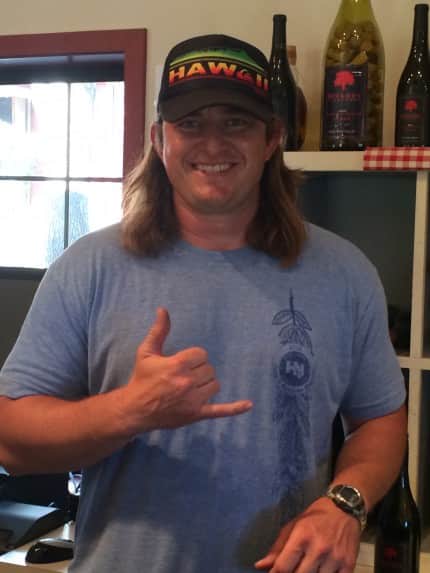 We also went to Beckmen where we met Hawaiian native Mikael Sigouin, the winemaker for both Beckmen and Kaena.    Mikael talked about Grenache being like a guitar riff – he has eight different compositions of Grenache from seven different places.  We went through the elements of each of the Grenaches – and it was amazing to see the differences.  In the wines, we experienced music – from Bruno Mars to Michael Jackson to Prince.

We ended our evening with a group dinner at the Hitching Post and a stay at the same Day’s Inn featured in the movie Sideways.   Very old school, very fun and yes, we did drink f’in merlot. 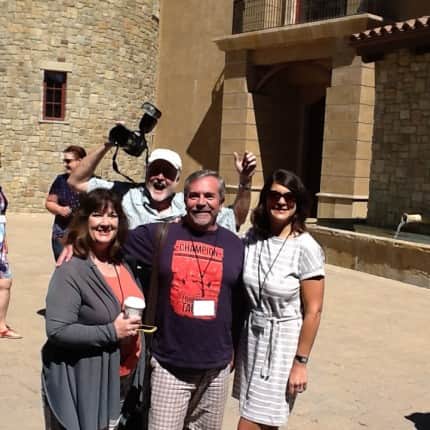 The Texas Bloggers Get ‘Photobombed’ by Photographer George Rose

The next day we were invited to a very special tasting seminar “Santa Barbara: Drinking in the Differences” at Star Lane Winery, to truly experience Santa Barbara wines.  I can’t tell you how thankful I was to be included in this special day underwritten by the San Francisco Wine School and the wineries.   Fred Swan, Master Sommelier David Glancy and more than 20 winemakers and owners took us through the different Santa Barbara Country AVAs.

The Central Coast is an incredibly diverse region made up of 250 miles of coastline and is comprised of ten very diverse counties – from San Francisco to Santa Barbara.  It’s California’s largest AVA with four million total acres in which more than 100,000 are under vine and with more than 360 wineries.  And the sense of place is very different – there’s no standard climate, temperature or soil.  In the last three years, 200 new wineries have opened.   Two river valleys – the Santa Maria River and the Santa Ynez River Valley are the two binders.

The region has a storied and long history beginning in 1782 when Junipero Serra planted the first vines.  Four years later, the Santa Barbara Mission was established.  Sadly this came to a screeching halt in 1920 with Prohibition and the wineries didn’t begin producing again until 1962.  Today the region has five AVAs (with more in progress), has 50 varieties of wines and is incredibly diverse by regions/AVAs due to the temperature. 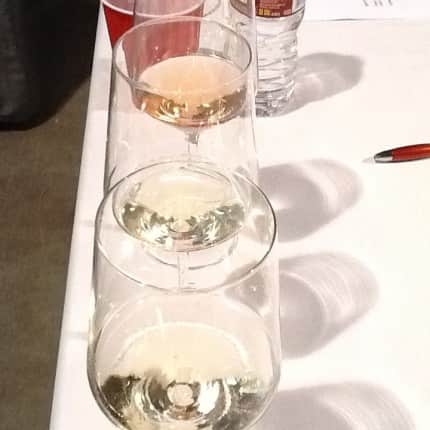 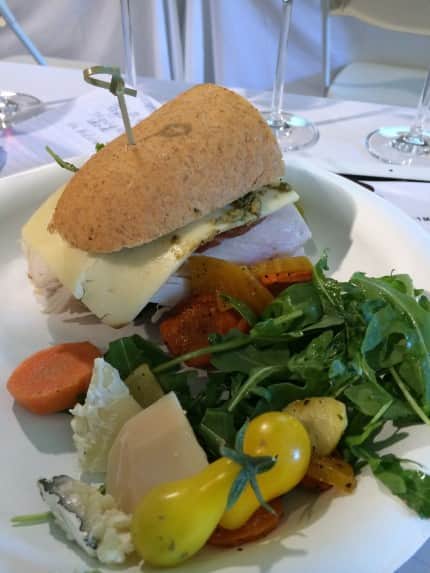 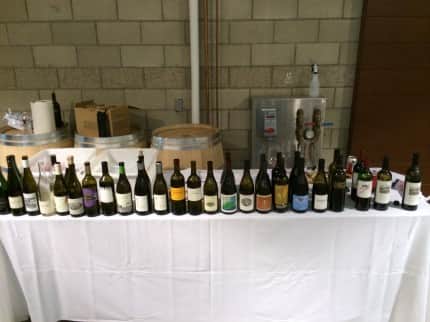 My observations, which continued to be reinforced during and post conference, were as follows:

As Larry said at the end of the day, “we want to tell the story of our wines not by talking, but by what is in the glass.”   Tyler Thomas, the winemaker for Star Vineyards, added, “this region features great wine made by great vineyards and great people.”