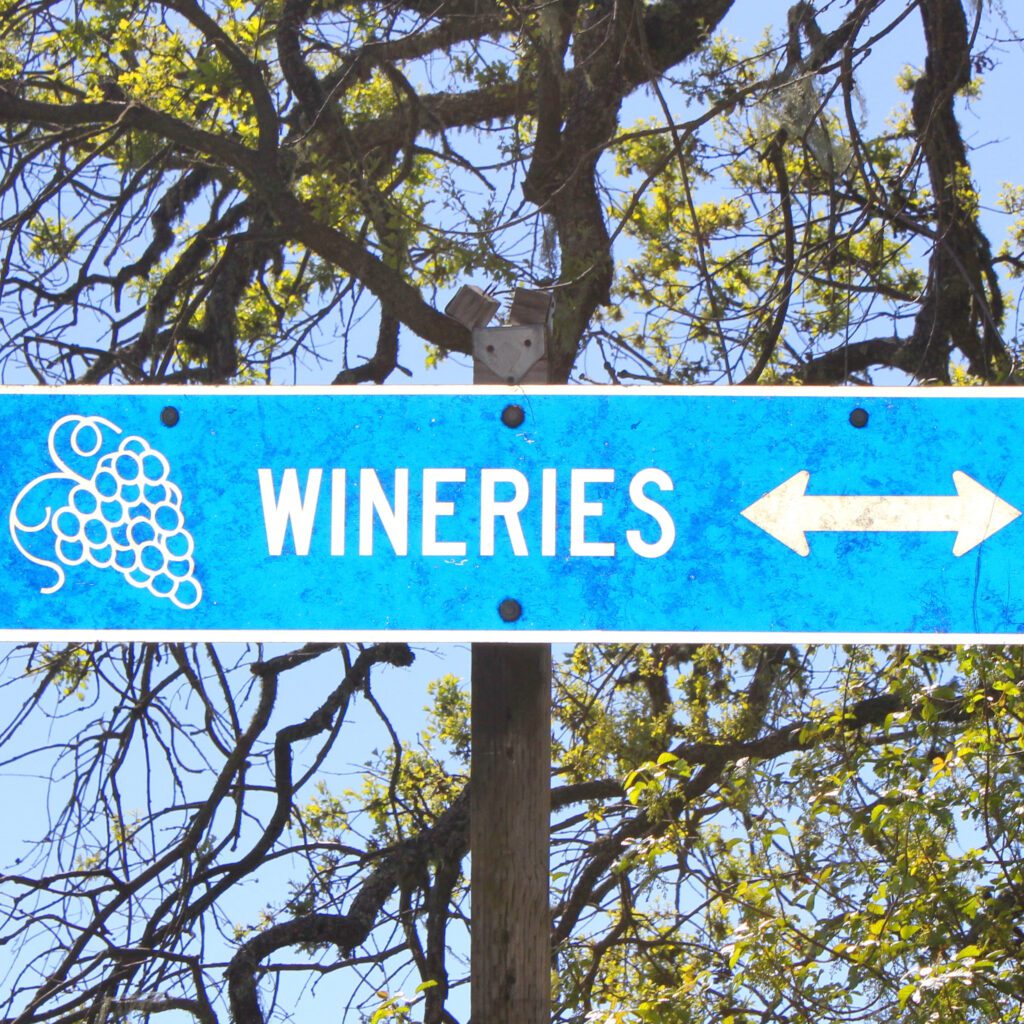 The wines of Paso Robles have always translated beautifully from the vineyard to the glass to provide a perspective of the region. The Paso Robles CAB Collective, SommFoundation, and the Global Diagram of Wine decided to emphasize that point with the creation of the Paso Robles CAB Camp.

Creatively, they revamped the annual CAB Camp, a juried selection of sommeliers and wine buyers from across the country, which is traditionally a three-day immersion trip to the region. This year, it became a Virtual Enrichment Trip enabling campers to still have an immersive experience with the region, its winemakers and wines, while virtually bring learning of the region and tasting together in a four-part educational session. I attended the “Cabernet- King of Paso Robles” session and learned more about why this grape remains paramount.

Paso Robles traces its wine history as far back as the 1700’s, but it truly came into its own in the 1960’s when Dr. Stanley Hoffman and André Tchelistcheff planted some of the first Cabernet with vineyard consultant Jack Foote. By the time Paso Robles gained AVA status in 1983, local pioneers including Gary Eberle, Jerry Lohr and Justin Baldwin, had decided Cabernet Sauvignon had unlimited potential.

First, a little about Paso Robles, ‘The Pass of the Oaks,’ is located in San Luis Obispo County on the Salinas River. It is known for its wineries, olive oil and almonds as well as its mineral hot springs.

Paso Robles has a storied history in wine. Grapes were introduced in 1797 by the Spanish conquistadors and Franciscan missionaries and expanded to 19 acres of wine grapes. Spanish explorer Francisco Cortez had the vision this would be a great wine region and encouraged those in Mexico and California to come. In 1882, Andrew York, who came from Indiana, established a winery that still stands today under a different name as Epoch Winery.

Chris Taranto, communications director for the Paso Wine Alliance, talked to us about how immigrant ranchers who settled after the Gold Rush did not pan out. Many moved south to pursue agricultural endeavors bringing along their cultural traditions and became the first commercial wine grape growers in the region.

Fast forward to after Prohibition and growth continued. Paso Robles American Viticultural Area (AVA) was established in 1983 with 17 wineries and 5,000 vineyard acres with Zinfandel as the heritage grape. The real expansion occurred in 1990 when the winery count was 20 and today totals more than 200 wineries.

In 2009, the Paso Robles AVA was split into 11 smaller viticultural areas and at this time the winemakers began to expand to a wider variety of grapes include Bordeaux and Rhone varieties. According to the Paso Robles Wine Country Alliance, it is the largest and most diverse wine region in California – 30 distinct soil series, many microclimates and varying topography within 612,000 total acres.

I had the chance to visit in 2016 and was struck by the diversity of wines and family-rich history.  Click here and here for my stories.

Formed in 2012, the Paso Robles CAB (Cabernet and Bordeaux) Collective (PRCC) is an effort by Paso Robles gowers and producers of Cabernet and red Bordeaux varietals. During the session, we talked about commonalities and how style and nuance are different in the region. We tasted from four AVAs: 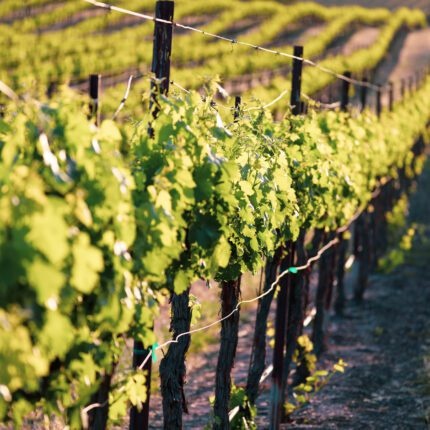 We tried wines from six wineries in the region:

The name paints a history of four friends from California and Argentina who first met at “The Farm” 30 years ago. Back then, Santiago and Mercedes made their first trip to Napa with Jim and Azmina to stay at a bed and breakfast and taste wine. That led to a love affair that wouldn’t stop and Santiago uttered the words, “Someday I am going to make wine!” And that led to the creation of Achaval-Ferrer Wines.

But the friends knew they had a destiny to make wine together and Paso was the place they knew they could make the best wine.   That was 12 seasons ago. Winemaker Jim Madsen actually allotted one percent of his production to the tasting with only 137 cases produced of the 2017 The Farm Cardinal Cabernet Sauvignon. The vineyard is thought to be Paso’s oldest surviving cab vineyard with 57-year-old vines in the Adelaida district. Jim talked about the virtual ownership of special blocks and rows that the winery has complete control over.

Owner Douglas Ayres was first inspired to return to Paso Robles to purchase his own vineyard. He had a dream of owning vineyards, making world-class wine and developing a destination driven wine country resort. He purchased 17-acres of cabernet sauvignon vineyards in the Willow Creek district, followed by an additional 20-acres. He then opened the Allegretto Resort, which I’ve had the pleasure to stay at during my previously mentioned trip to Paso and it is amazing.

Winemaker Alan Kinne talked about 40-year-old biodynamic vineyards that are tended by sheep and alpacas and how they use a wine methodology going back 100 years at an elevation of 1,700 feet when we tried the 2016 Allegretto Vineyards Willow Creek Vineyard Cabernet Sauvignon.

Founder Hans Nef came from a rural village outside Zurich, Switzerland to the rugged terrain of California’s Central Coast in the 1990s. It was a love for agriculture and a passion for fine wine that inspired him to pursue his own wine import business. He traveled to the US often and discovered the magic of Paso. He and his friend and business partner, Hans – R. Michel decided to start a winery in 1996 and planted what would later become six vineyards in Paso Robles.

Winemaker Kevin Willenborg talked about the Adelaida district, how the wineries have been Sustainability in Practice (SIP) certified since 2012 and how the 2018 Vina Roble Mountain Road Reserve came from two estate vineyards and only 1,978 six packs were made.

In the late 1960s, Jerry Lohr began searching California for the ideal location for his first vineyard. Since Jerry was raised on a farm in South Dakota, he had an understanding of how climate, soil and location intersect. He came to the Central Coast and found two regions — Paso Robles for Cabernet and Monterey for Chardonnay – which were about 75 miles apart.

Steve Peck, director of winemaking, talked about the 2017 J. Lohr Signature Cabernet, which was originally the brainchild of Jerry Lohr. He wanted to make a Cabernet Sauvignon that would rank among the world’s most collectible wines.

The Glunz story began in 1879, when Louis Glunz immigrated to Chicago from Wesphalia, Germany. His older brother was drafted, and he was put on a boat to America. He was an undocumented 15-year-old with no money and big dreams of starting his business. His first job was a deliveryman with Wacker & Birk, a Chicago brewery owned by the Mayor and Businessman Charles H. Wacker, who taught him the brewery business and eventually gave him a business loan to start a wine, beer and spirits shop.

Wacker was a director of the World’s Columbian Exposition in Chicago and was instrumental in making Louis a bottler of Schlitz beer for the Exposition. Through the store and the Schlitz distributorship, the family prospered. When the Wartime Prohibition Act was passed in 1918, they quickly had to pivot to make sacramental wines and medicinal products.

After Prohibition, they began bottling again. In 1992, the fourth generation on the Glunz family, expanded into making boutique wines and then they acquired the Cabernet vineyard in Paso Robles seven years ago. The family policy is any family member must have three years of outside work experience, and several members of the family have worked at the winery. Beth, Suzzie, Joe, Stephan and Matt Glunz have all worked at the winery at different times in their career.

Winemaker Matthew Glunz took us through the 2018 Glunz Reserve Cabernet Sauvignon, talked about how he and his brother bring the entire family to pick the three acres for a family affair. Every grape is harvested at least three times and flavor dictates every decision made.

In 2007, the Daou brothers, Daniel and Georges, sold their software company and bought a winery focused on making world-class Cabernet with an emphasis on a region that has similar soils as France and Napa climates. They chose a historic site, the Hoffman Mountain Ranch, which was first planted in 1964 under the supervision of André Tchelistcheff, one of the wines pioneers of California.

Winemaker Daniel Daou talked about his 2018 DAOU Estate Soul of a Lion Cabernet and how terroir is key to making world-class wines.  We talked about the unique climate of Paso Robles and how Phenolics plays a key role. If you really want to dive in, Winefrog.com has some good background. But essentially better vintages have higher phenolic concentrations. It impacts color, smell and taste. As a consumer, this means a deeper color, more complex bouquet, associated texture and balanced tannins. The good thing about Paso is the affordability of these wines as compared to the others on the world stage.

It’s clear that the Cabernet grape has clearly reached its “King” status as the world’s most popular red wine grape and Paso Robles provides a special place for it to rule.