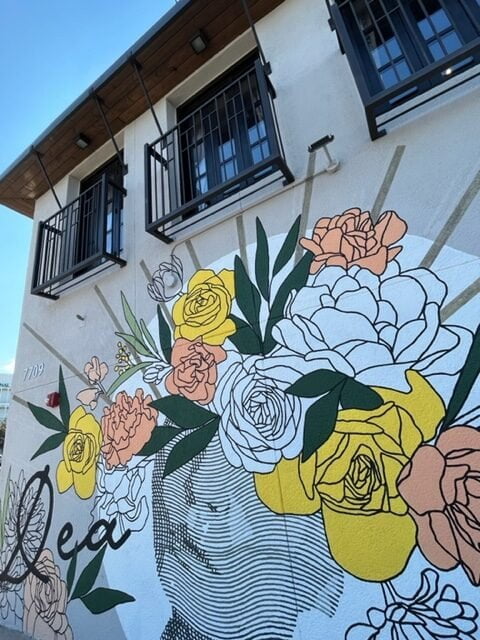 For the past few months, I’ve been invited to go behind the scenes to be part of the team that builds the wine list for Dea, the new Italian restaurant opening near Inwood Village from industry mavens Tracy Moore Rathbun and Lynae Fearing.

Dea, the literal translation of goddess in Italian, opens this weekend in the former Fireside Pies space at 7709 Inwood Rd.  And yes, the owners have restaurant real estate of almost the full block with Shinsei next door, Lovers Seafood & Market around the corner and a new event space called the Viewing Room next door to that.

In the spirit of full disclosure, I frequent these restaurants and while there order a lot of bottles of wine. When Kelly Newman, beverage director for the restaurant group, asked me if I wanted to be part of creating the list, I jumped at the chance.

Thinking about the importance of Dea’s wine list, I know this was going to take a lot of research.  We needed a list with versatility – reflecting the diversity of complexity of the people walking in the door at a variety of price points and regions.

Most importantly, the list needed to work with Chef Roman Murphy’s food. There is a simple rule of pairing – “what grows together, goes together.” This new concept of a coastal Mediterranean steakhouse features Modern European dishes with Italian influence.

And branding is important. The sister restaurants are known for good food, fun wine lists and a neighborhood friendly feeling that keeps people coming back.

We went through a process where Kelly, Chef Roman, General Manager Anthony Valiani and I sat down and tried close to 400 bottles in a series of tastings with seven different distributors.  Kelly started with a spreadsheet of wines categorized by bubbles, whites and red as well as by the glass.

Restaurants can either take the approach of diving in like we did with tastings from different distributors to build a good list or select a list of grocery store middle shelf wines from one distributor. The second method usually results in inexpensive wines that are marked up highly (the fastest way to make me not order wine). Marking up wine is a reality (usually 2 to 3x), but when you could buy the bottle for the glass price or you see something for 4x the price, I take pause unless it’s special. That’s not the case here.

Dea took the long route and built a list that ended up with a total of 171 wines separated into simple categories like Sparkling White (13), Sparkling Rosé (4), Still Rosé and Orange (8), Still White (59) and Still Red (85). The Old World to New World balance is 83 percent to 17 percent with wines from all over the map with an emphasis on Italian and coastal wines. A Captain’s List will come later.

You’ll find a Lambrusco from Cleto Chiarlo, which was a special request from Anthony, that he’ll come and pour personally as his “picnic wine.” You’ll find a Chardonnay from Stressed Vines that is made especially for them. You’ll find a combination of wines for all budgets on a list with a personality that is fun, but navigable.

Kelly’s mission is “making a wine list that makes people happy, works well with chef’s cooking and the overall goal and the atmosphere of the restaurant.” He made sure the team agreed, got feedback from some of Dallas’ top sommeliers and took his knowledge of building wine lists for several top restaurants.

There is a philosophy of loyalty. Take Ramey Vineyards who offered a great by the glass deal to Shinsei when they were a fledgling restaurant. Or the Coquerel Family who has a Sauvignon Blanc on each restaurant list, and they also eat at Shinsei every week. “If you are coming to my restaurant every week, your wine will make it on my list,” said Kelly.

Training for the staff is the current focus before the grand opening. Kelly asks them to first start with four things: varietals, producer, appellation, and then they get to pick one fun fact about the wine to remember. It will be a continuous, but fun, learning process.

I must give a nod to the cocktail list, which is a modern take on the classics. An example is Dea’s take on an Old Fashioned using duckfat.

I’ve been a long-time patron of Shinsei and Lovers Seafood. It’s a culture of hospitality, one that has shone through the pandemic, when there was little turn over in staff or customers. We have people we ask for, places we sit, orders we place and wines we drink. All these restaurants – while different – have the same neighborhood feel. One thing that doesn’t change is due to the proximity – you will always find Tracy or Lynae onsite. While they are present, they trust their team to make key decisions like I saw in helping with the wine list.

My daughter has grown up eating at Shinsei her whole life and feels as comfortable as we do.  The team is the same and when Kelly asked me if I wanted to go behind the scenes for this story, it was a resounding yes. And the cool thing is that he really wanted my feedback and I’m proud to say it’s reflected on this list.

If you ever went to the restaurant previously in this space, it was known for its pizza oven. That still exists. The space has been completely renovated, with murals, mirrors, textures and tiles.  There’s a bar and a dining room and it has an Italian coastal feel. There’s also a second story, which will serve as an overflow and private event space.

Talking to the People

Tracy and Lynae have been constants in our neighborhood for over a decade. This dynamic duo has a mission – to make people happy and create a space people feel comfortable in any attire (calling out a nearby restaurant that has instituted several dress code policies including no jeans).

Dea is a different place than Shinsei and Lovers Seafood – a little more upscale – but the neighborhood vibe will not change. “Like our other restaurants, we don’t put on a production, but we focus on the things that matter – the food, the wine, the people, the atmosphere, they said.”

Roman Murphy, who held roles at Lovers Seafood and North Italia as well as several high-profile restaurants in Austin including Isla, Jeffrey’s, Peche, Congress, and Sandra Bullock’s Bess Bistro. He told me about making sure he went through the same process as we did with the wine with his suppliers and was with us for every part of our wine tastings.

One thing that everyone echoed was how proud they were of the team collaboration from the front of the house to the back. They made the most of every inch of the space to make sure the kitchen and storage was optimized across the restaurant.

And the wines we ordered – NV a Franciacorta from Ca’ del Bosco, a 2017 Caparzo Brunello di Montalcino and a 2017 Jonata Todas field blend – they all worked perfectly with the food we ordered.

As I think about how much work went into this wine list and opening this restaurant, I now know what it takes to put together a good wine list – it’s team collaboration, a vision for the consumer experience and choosing wines that were versatile with the food.  I was proud to be a part of the process and look forward to helping drink our ss.