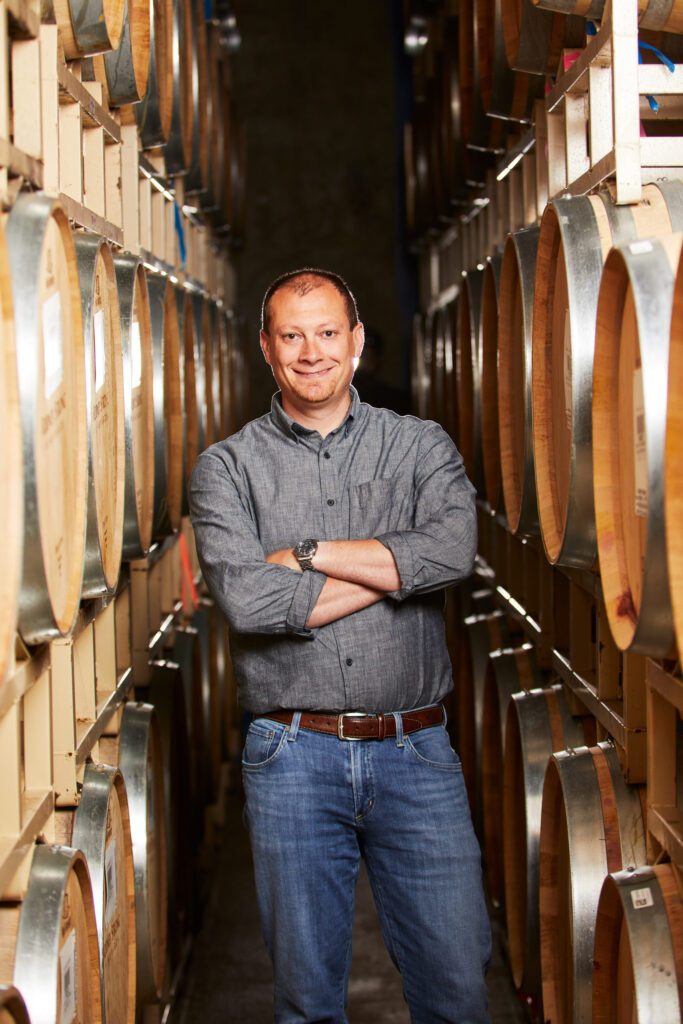 After 60 years of success, many companies sit back, relax, and enjoy the ride – especially if nothing is amiss. But if you have a history of innovation, you decide to rethink everything – looking both forward and backward to figure out how to get positioned for the next 60 years.  For Rodney Strong Winery, those changes included improving the winery, upgrading the vineyards, launching a brand refresh including new packaging and building a new tasting room.

Rodney Strong, a former American dancer and producer turned winemaker, saw the potential of the soil and climate for Sonoma County and the wines that could be produced. Rodney Strong Winery was founded in 1959 and was the 13th bonded winery in Sonoma County.  It was the first to craft a single-vineyard Alexander Valley Cabernet Sauvignon, one of the first to plant Pinot Noir in Russian River Valley and the first to produce a Chalk Hill appellation Chardonnay.

In 1989, Tom Klein and his family purchased the winery, which is comprised of 11 estate vineyards in Alexander Valley, Russian River Valley, Chalk Hill, Dry Creek and Sonoma Coast AVAs. The Klein family, who has been farming for four generations, is committed to protecting and preserving the environment in both the vineyards and at the winery through sustainable farming and winemaking.

We talked to Justin Seidenfeld, who leads the winemaking team. Justin talked about the dedicated team of winemakers joining him in this pursuit of excellence for several brands including Rodney Strong, Davis Bynum, Upshot and ROWEN Wine Company. The team includes Winemakers Olivia Wright and Greg Morthole and Ryan Decker, Director of Estate Vineyards.

A Commitment to Sustainability

Since the Klein family has been farming for four generations, a love for the land and sustainability is part of the conversation. The Klein family has a long list of accreditations and pioneering moves. From incorporating environmental protection into their company values in 1994 to installing the wine world’s first large solar panel array in 2001 and becoming Fish Friendly Farmers. The winery was also involved in the “Sustainability Certification” pilot program though the California Association of Winegrape Growers and the California Wine Institute, leading to them becoming one of the first certified sustainable winery and vineyards. They are also Sonoma County’s first carbon neutral winery registered with the Climate Registry.  Water irrigation is also key.

Based on what happened a few years ago, I had to ask the question if the tank failure that caused nearly 97,000 gallons of Rodney Strong wine to spill into Russian River elevated some of these actions. Chris O’Gorman, director of communications, assured me this commitment to sustainability was part of the company’s heritage, and the leak was caused by a spill door failure in the tank.

Justin summed up what they were trying to do with a quote from Archimedes, the famous mathematician and inventor.

The new tagline “Committed to Community Since 1959” builds on the winery’s dedication to giving to a greater good, supporting local organizations and making a difference. It’s about a brand celebrating authenticity, green farming, sustainable winemaking, innovation, and family.  That comes with a refresh of the packaging and the label with input from trade and consumers.

We also tried a variety of discovery and heritage tier wines that Rodney Strong is known for and always lifts above its weight for the cost. Especially delightful was the 2020 Rodney Strong Vineyards Rosé of Pinot Noir from the Russian River Valley.

It’s fitting that a 60th anniversary is often celebrated with a diamond – a precious gem symbolizing light, durability, and faithfulness. But rather than polishing a gem, Rodney Strong is celebrating that anniversary by celebrating its community connection, continuing its passion for innovation, and challenging its entire team to pursue excellence.