San Diego – A Region with a Bit of Wild West, A Bit Mad Scientist, But with a Mission to Make Serious Wine 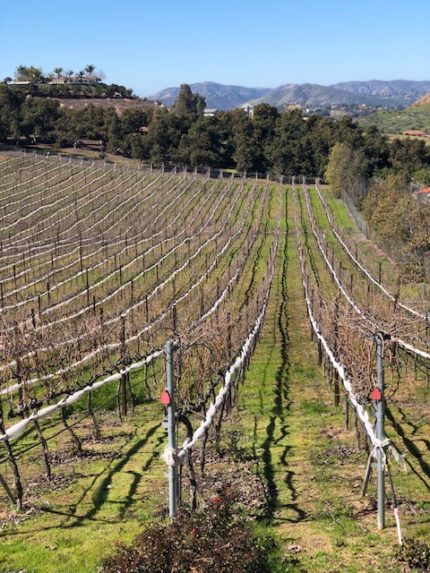 San Diego Wine Country – It’s a juxtaposition of the first wine region in America.  It’s a bit Wild West.  A bit mad scientist lab.  A bit of a pioneering community.  It’s exciting and unexpected.  It’s underrated and in desperate need of branding.  Finally, it’s one of the most interesting regions that I’ve explored in the United States in recent years.

I scratched the surface the end of last year when Tina Morey, the founder of Wine Studio, introduced us to the region and several winemakers.  Read more here. I was really impressed with the wines from the three wineries we tried, and I wanted to meet the winemakers. 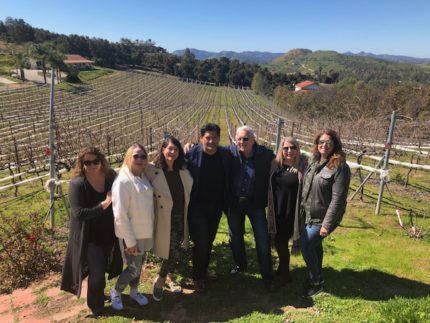 Each year, I have a girl’s trip and this year we happened to choose San Diego.  I asked my friends to trust me (after a few side looks they did) and let me plan a day of wine.  This is a region full of boutique wineries where you are likely to encounter the owner during your stop.  It is a people helping people type of culture where the passionate winemakers are laser focused on making the best wine they can and putting San Diego on the national stage.

Today there are 115 wineries in San Diego County and three AVAs, which are the size of the combined states of Rhode Island and Delaware.  The largest of these AVAs – South Coast, stretches from Malibu down to the Mexican border which includes San Diego.  There is also the San Pasqual Valley AVA, established in 1981 and one of the oldest in the nation, which covers 9,000 acres on the banks of the San Dieguito River near Escondido.  The final is the Ramona Valley AVA, established in 2006, covering 89,000 acres surrounding the town of Ramona.

And the varietals are not what you expect to see – more than 60 different ones due to the varied topography of the regions with coastlines and canyons, mesas and mountains, and different microclimates.  Grapes grow at sea level up to 4,200 feet and the climate is Mediterranean.  France’s Rhone varietals (Syrah, Petite Sirah, Marsanne, Roussanne) as well as Southern Italian varieties (Sangiovese, Montepulciano, Barbera) are likely to be found.  But you’ll also find Chardonnay, Viognier, Rosés and Sauvignon Blanc.

We started at Altipiano Vineyard and Winery where we met with Owners Peter and Denise Clarke.  The property originally started out as an avocado grove, but a wildfire gave them the chance to reevaluate its second chapter. At that time, they took a vineyard management course. 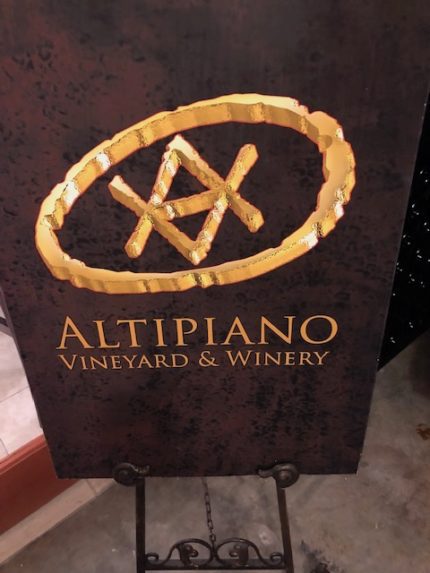 The winery was established in 1997, after years of talking about how the grapevines would go perfectly with the architecture they had envisioned.  They had always dreamed of having a vineyard and had a love for Italian wines after touring Venice and Southern Tuscany. 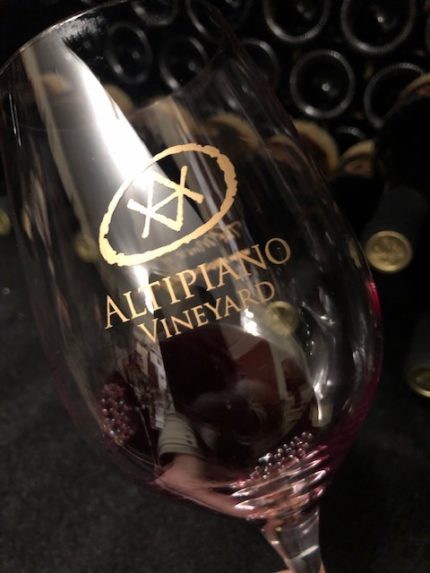 While they hired a professional winemaker in the early days, I loved the story about how Denise decided that she was going to take early retirement to learn the business and become the winemaker.  “Wine doesn’t wait, she said.  I was in a suit and stilettos after work trying to work on punch downs.”

Fast forward and Denise starting winning awards at wine competitions, and the Clarke’s knew they were on the right path.  Also hearing how proud Peter is of his wife and her winemaking skills was so fun to watch as he just gushed about her talent.

Denise also talked about how the winemakers in the community, too many to name, banded together to help her when she was learning the business.  It illustrated the entrepreneurial spirit and passion evident in the region.  “I am not classically trained.  I just had to take advice, I didn’t have the luxury of making errors,” she said.

She also talked about why they choose mostly Italian varietals.  Peter had never enjoyed reds until they took a trip to Italy and he fell in love with Brunello wines.  He is also instrumental of the song pairings you’ll find for each wine.  Both Denise and Peter believe music is important to the “rhythm of wine.”  She listens to music when making wine – from classical to Bruno Mars.  Clearly this is also reflected in the name – literally translated to The Music of Wine. 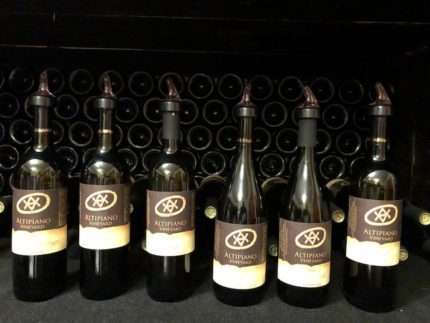 We tried a variety of the Altipiano wines and every one of us went home with a shipment.  These are delicious wines with a great backstory about a woman who gave up corporate America and reinvented herself as a successful winemaker. 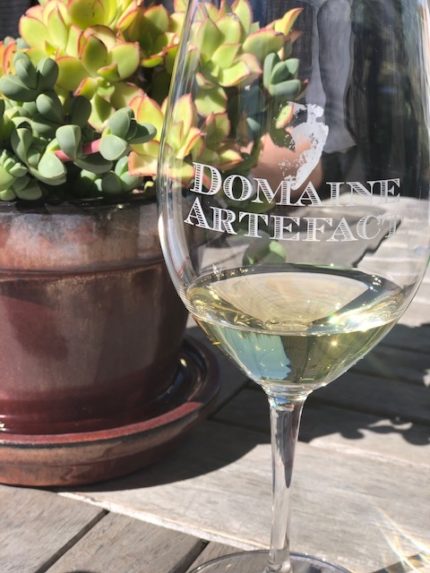 We had a brief stop at Domaine Artefact, which was established in 2007 after owners Lynn LaChapelle and Mark Robinson took a trip to Provence and fell in love with wine.  Mark had a dream of becoming a winemaker and they found a 30-acre parcel in the Highland Valley area, near the San Pasqual Agricultural Preserve.  They planted in 2010 and decided to focus on Rhone varietals. The first harvest was in 2013 and the winery was opened in 2015. 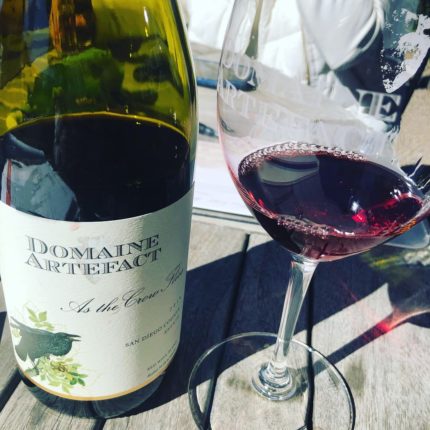 We sat outside on a gorgeous sunny day and watched the winery dogs greet the guests and learned about the hospitality center, kitchen and guest suites that were under construction.

We then went to the Sans V Tasting room, which has the Stehleon and Vesper wines.  We met Stehleon Winemaker Alysha Stehly and Vesper Winemaker Chris Broomell, a husband and wife team and their adorable son, Cole.  Chris is the winemaker for Vesper and Alysa, who went through her formal education at UC Davis, is the enologist, and they work together to express the individual vineyard in each wine. 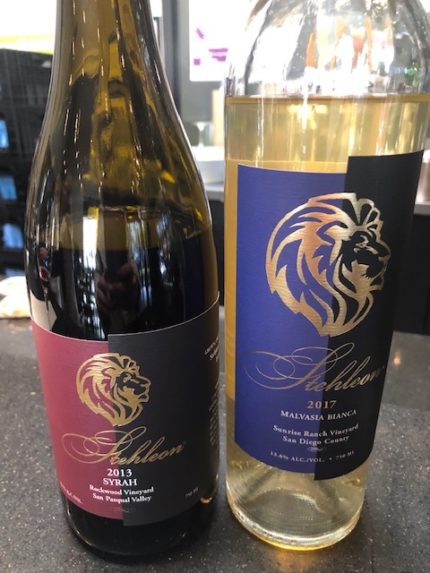 While they grew up a half a mile away, they had alter egos in high school.  She was the good girl, he was the bad one.  After he went into winemaking in Santa Barbara and a teacher asked if he knew her because she was going to UC Davis, he shot her a note on Facebook and a relationship was born. 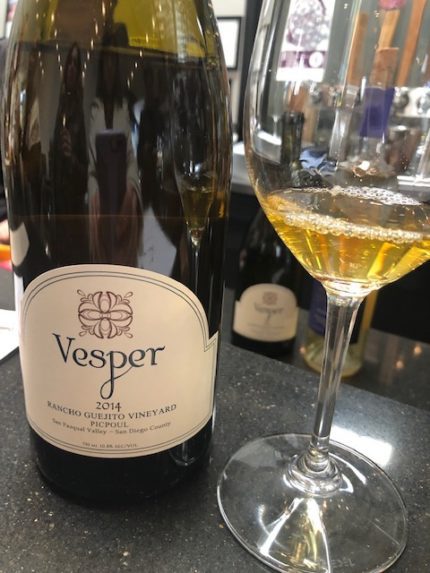 As one of the classically trained female winemakers in the region, Alysha’s name kept surfacing as I went to the different wineries.  Even though she has quite a full plate with several wineries, a husband and a toddler, she is dedicated to mentoring and helping the community around her thrive. In fact, the two make wines for four wineries and don’t seem to miss a beat. 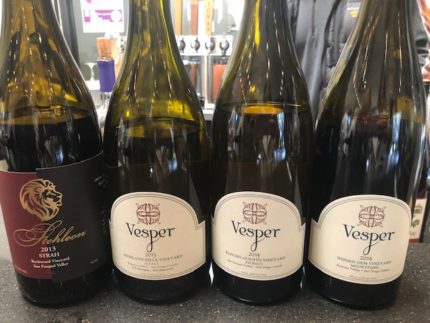 Vesper Vineyards started in 2008 with a simple goal of putting San Diego on the map in California as a great wine region.  The founders both grew up in a family of farmers and decided to make the journey into wine.  Stehleon Vineyards wines come from fruit from small, custom vineyards that are pruned and harvested by hand.

The Sans V Tasting Room is in an industrial district and considered an urban winery and tasting room, but it needs to be on your list.  Five wineries share this 10,000 square-foot space and you can taste a wide variety of wines, pick up a keg of wine or fill up a growler of wine.  The wines are really good, and we were bummed to find out we couldn’t ship to Texas.  Hoping that will be rectified soon as I have some orders I’d like filled.

Alysha talked about the climate of San Diego.  “It’s a crazy place.  The microclimates vary and there is no neighbor to go to,” she said.  She talked about how Vesper was the 54th winery to be licensed and today there are 120 wineries licensed. 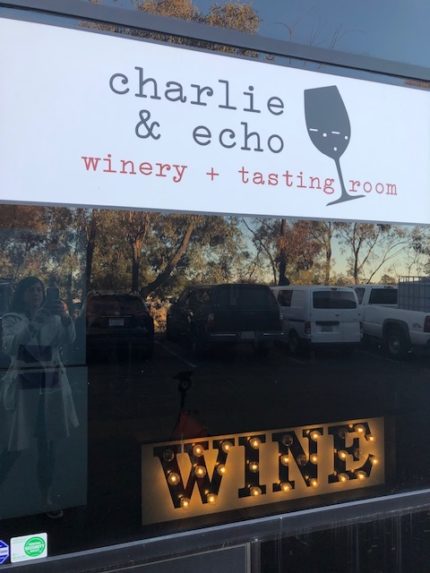 Our final stop was Charlie & Echo Winery, an urban winery in San Diego producing unique, craft sparkling, red, white and rosé wine from local vineyards. They use natural fermentation and minimal intervention.  I had the chance to meet with Owner Clara Van Drunen and Owner and Winemaker Eric Van Drunen and taste through a line-up that I’d describe as experimental, innovative, risk taking, a little Mad Scientist and a whole lot of fun.  Everything from fizzy hopped rose to Pet Nat to “Project X,” a monthly release using one ingredient that the winery, 4 breweries and the sake brewer that reside in the same complex all participate and brainstorm what’s next.

The name Charlie & Echo comes from Clara’s former 21-year career of working in defense roles in embassies around the globe for the Air Force.  The winery is the only certified organic winery and is focused on making great wines while breaking the mold of tradition. 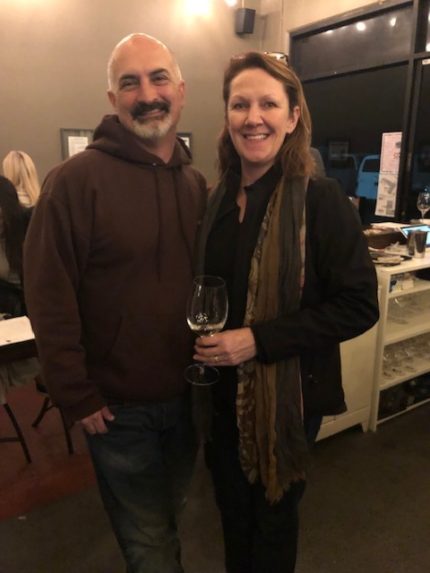 Eric’s first career was in academic physics and he knew he liked experimentation.  He knew he could bridge that curiosity to wine and Charlie & Echo was born.  Looking at the description on the tasting sheet, this winery definitely lives up to making “unique craft wine.”

While there were many things about San Diego that I loved, finding transportation was a challenge. Luckily, Denise gave me the name of the most amazing transportation company and I want to make sure you have this recommendation for your next trip. 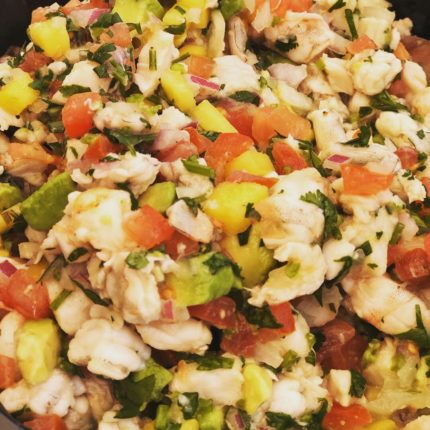 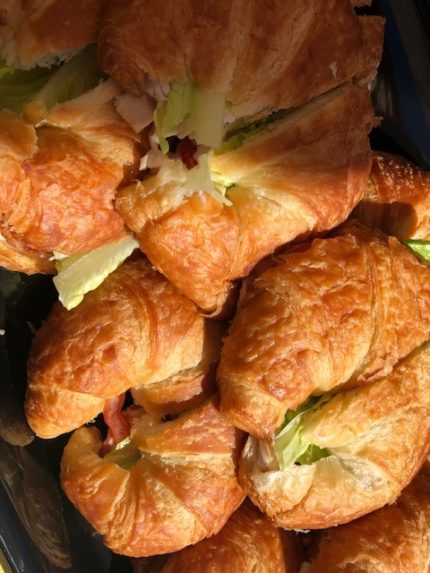 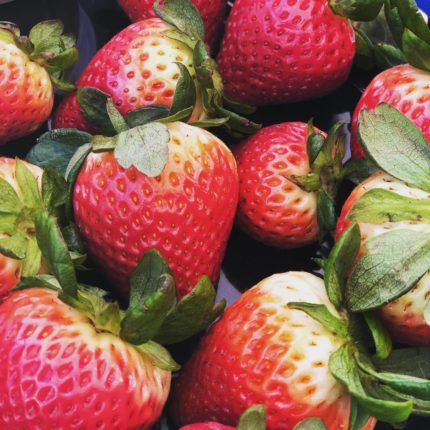 Roberto Avila the owner of Wine Xplorer picked us up and served as the consummate host.  In his former career, he served as General Manager for some of the best restaurants in San Diego and knows the city like the back of his hand.   Just check out the lunch that he brought for us – he’s amazing!  Find him here.

After my #winestudio session, I wrote this quote.  And after visiting, it still holds true.  “I love the region’s exploration, innovation and the willingness to experiment. It’s a burgeoning culture, a bit of the Wild West with the confidence of being America’s first wine region with an understanding there is a freedom to take a chance.”