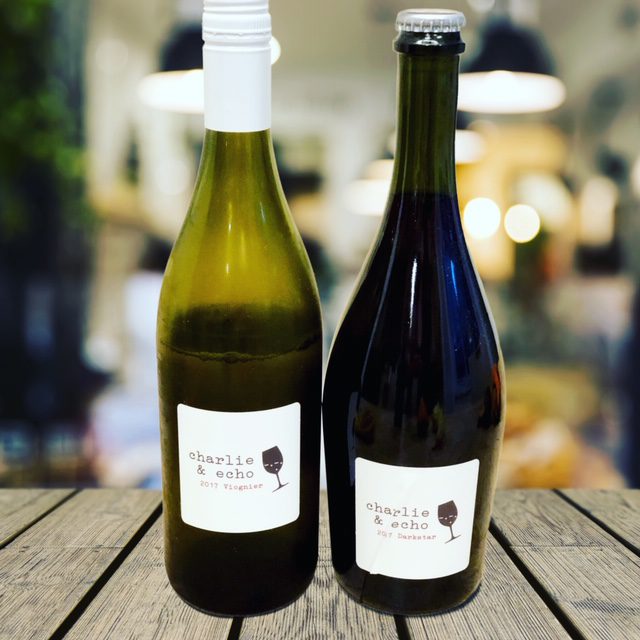 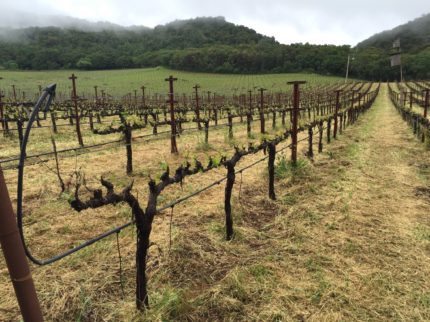 When Tina Morey, the founder of Wine Studio, asked me what I knew about San Diego’s wine region, I was proud to send her a blog about my trip to Temecula in Riverside County.  Weren’t they the same?  Absolutely not.

Today there are 115 wineries in San Diego County and three AVAs, which are the size of the combined states of Rhode Island and Delaware.  The largest of these AVAs – South Coast, stretches from Malibu down to the Mexican border which includes San Diego.  There is also the San Pasqual Valley AVA, established in 1981 and one of the oldest in the nation, which covers 9,000 acres on the banks of the San Dieguito River near Escondido.  The final is the Ramona Valley AVA, established in 2006, covering 89,000 acres surrounding the town of Ramona.

And the varietals are not what you expect to see – more than 60 different ones due to the varied topography of the regions with coastlines and canyons, mesas and mountains, and different microclimates. Grapes grow at sea level up to 4,200 feet and the climate is Mediterranean.  France’s Rhone varietals (Syrah, Petite Sirah, Marsanne, Roussanne) as well as Southern Italian varieties (Sangiovese, Montepulciano, Barbera) are likely to be found.  But you’ll also find Chardonnay, Viognier, Rosés and Sauvignon Blanc.

Tami Wong CS was the guide through our #winestudio exploration of San Diego. 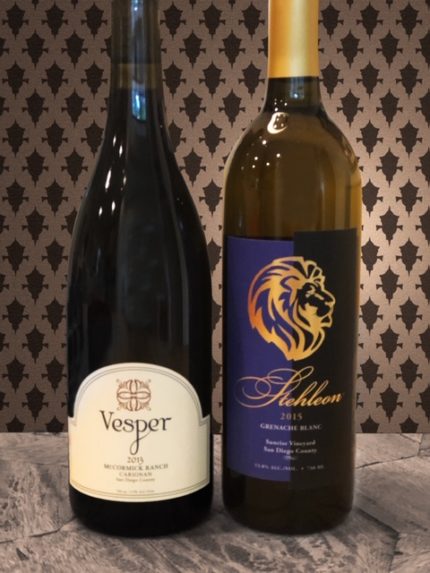 Our first week started with Stehleon Vineyards Owner Al Stehly and Vesper Winemaker and Stehleon Founder Alysha Stehly.  Vesper Vineyards started in 2008 with a simple goal of putting San Diego on the map in California as a great wine region.  The founders, Chris Broomell and Alysha, grew up in a family of farmers and decided to make the journey into wine.  Chris is the winemaker for Vesper and Alysa, who went through her formal education at UC Davis, is the enologist, but responsibilities appear to be shared.

We also tried a wine from Stehleon Vineyards, which comes from fruit from small, custom vineyards that are pruned and harvested by hand.  The first Stehleon vintages were produced under custom crush agreements with Vesper Vineyards, where Alysha is the winemaker. 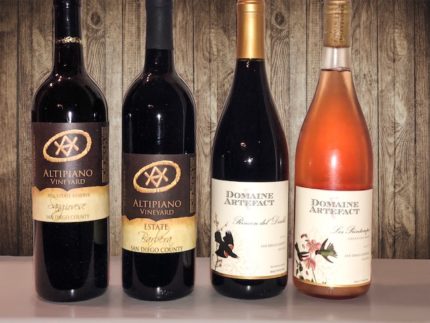 We then moved to an exploration of Domaine Artefact, which was established in 2007 after owners Lynn LaChapelle and Mark Robinson took a trip to Provence and fell in love with wine.  Mark had a dream of becoming a winemaker and they found a 30-acre parcel in the Highland Valley area, near the San Pasqual Agricultural Preserve.  They planted in 2010 and decided to focus on Rhone varietals. The first harvest was in 2013 and the winery was opened in 2015.  Today they grow over 12 grape varietals: 6 white grape varietals and 6 red grape varietals and produce 10 wines.  The winery is committed to sustainable agriculture.

We also talked to Owners Peter and Denise Clarke from Altipiano Vineyard & Winery, which was established in 1997, after they looked a year before finding the property. They had always dreamed of having a vineyard and had a love for Italian wines after touring Venice and Southern Tuscany.  After having a winemaker in the early days, Denise, who came from a line of family farmers, took over in 2012 and loves the rhythm “of the cycle of bud break, flowering, fruit set, veraison, harvest and fall dormancy. It is the same excitement, anticipation and anxiety I experienced as a little girl/adult before I played my first note of Beethoven’s Moonlight Sonata.”

We tried four wines this week showing the breadth and depth of what San Diego is capable of: 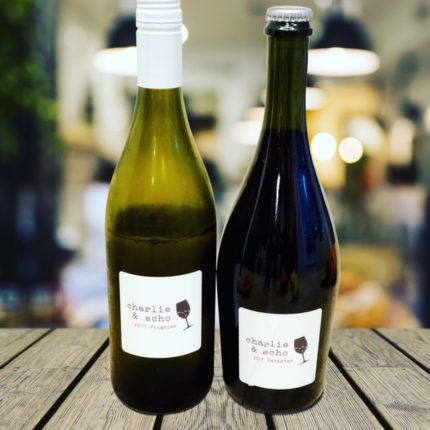 Our next week we moved to Charlie & Echo Winery, which is a wine geek’s dream, who by the way, is making some killer wines.  Charlie & Echo is an urban winery in San Diego producing unique, craft sparkling, red, white and rosé wine from local vineyards. They use natural fermentation and minimal intervention.  It is a little mad scientist, and a whole lot small, independent and innovative.  I loved it.  The Owners and Winemakers Clara and Eric Van Drunen joined us and talked about breaking the mold on tradition. 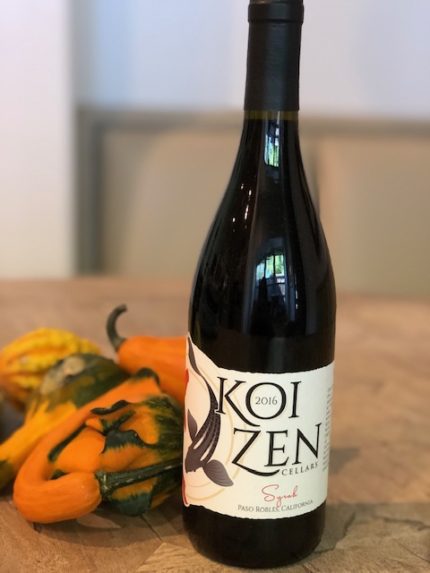 The last day of San Diego wine was spent with Lisa and Darius Miller from Koi Zen Cellars Craft Winery where the motto is “Uncork, Sip Back and Relax!”  After years of working a corporate job and after a serious health scare, they decided to follow their passion for wine and launch the winery.  “They create small batch craft wines sourcing grapes from the highest quality vineyards in Sonoma, Paso Robles, Santa Barbara, Lodi & Napa with the winery located in San Diego, California.

I love the region’s exploration, innovation and the willingness to experiment and explore. It’s a burgeoning culture, a bit of the Wild West with the confidence of being America’s first wine region with an understanding there is a freedom to take a chance.