National Zinfandel Day: A Celebration of A Historic Grape 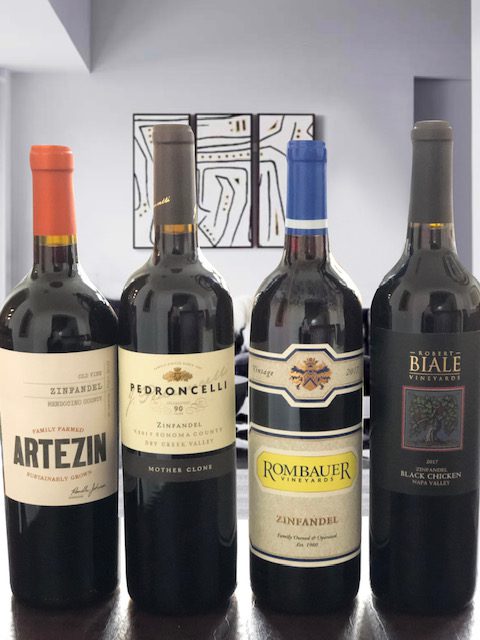 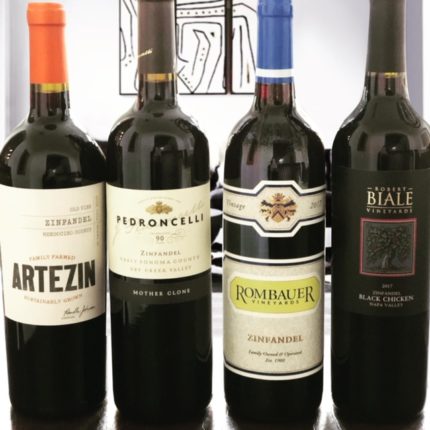 This Wednesday is National Zinfandel Day.  It is a day that is decreed by ZAP – the Zinfandel Advocates and Producers, a non-profit organization – as an opportunity to celebrate this often maligned grape.  I am not usually a let’s celebrate a grape day kind of person, but there was a Twitter tasting scheduled and I am a big fan of great Zinfandel, so the stars aligned.

Zinfandel used to be a grape with an unknown origin.  But according to the Wine Institute, recent studies indicate that the grape used for making California Zinfandel probably originated in Croatia. Historians believe that in the 1820s, a nursery owner brought Zinfandel cuttings from Croatia to the United States from an Austrian collection.

Zinfandel was introduced to California during the Gold Rush in the 1850’s and it thrived in the state. Today, Zinfandel is the third-leading grape in California, with more than 44,400 acres planted and 416,615 tons crushed in 2016, according to the California Department of Food and Agriculture.

Zinfandel grapes are grown in 45 of California’s 58 counties. And yes, some of these grapes are still used to make White Zinfandel rosé.  And, for the record, I have never found one of those that I want to write about. 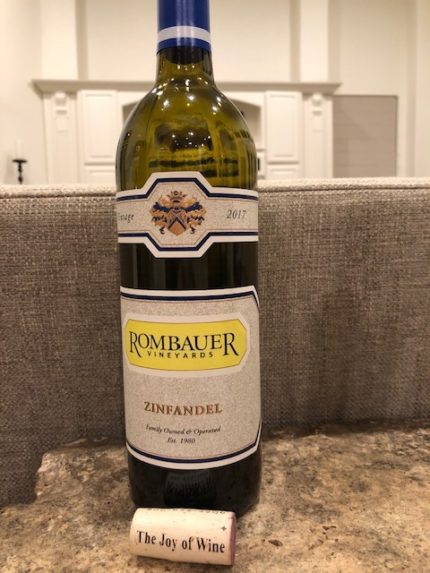 We started with the Rombauer 2017 Zinfandel.  Koerner and Joan Rombauer moved their family to Napa in 1972 with a deep food and wine appreciation.  Koerner’s great aunt Irma Rombauer was the author of the Joy of Cooking.  The winery was established in 1980 and is still owned by second- and third-generation members of the family.  The blend was 95 percent Zinfandel and 5 percent Petite Sirah and I tasted notes of plum, blackberry, clove, vanilla, pepper and raspberry.  The wine is blended from vineyards in El Dorado, Sierra Foothills, Lake and Napa. I really enjoyed the softness of this wine with the big fruit priced at $35. 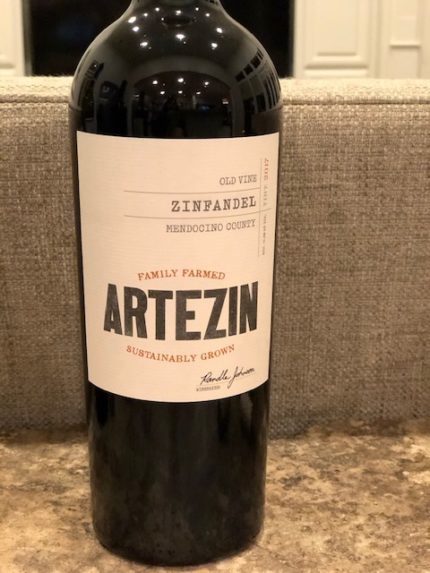 We moved to the 2017 Artezin Zinfandel.  Artezin’s vision is to honor the art of making Zinfandel from Old Vines and to work with family owned farms throughout Mendocino and Sonoma Counties.  Randle Johnson has been making the wines since the winery started in 2002.  This blend was 85 percent Zinfandel and 15 percent Petite Sirah and I tasted notes of pomegranate, cranberry, blackberry, raspberry, cherry, Asian spice and pepper. The wine is sustainably farmed and is a delicious bargain Zinfandel at $18. 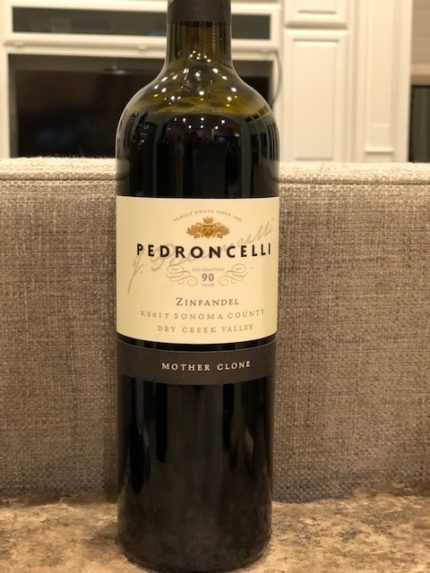 Our next wine was the 2017 Pedroncelli Mother Clone Zinfandel.  The Pedroncelli has a rich history in Sonoma County as one of the first families of wine and I’ve had the chance to celebrate a milestone with them several years ago.  In 1927, John Sr. (Giovanni) and Julia Pedroncelli purchased the vineyard and a small winery with a total of 90 acres in Sonoma County’s Dry Creek Valley in Geyserville, California for $11,000.  The Mother Clone Vineyard has been planted with Zinfandel since 1904.  This blend was 81 percent Zinfandel and 19 percent Petite Sirah with notes of blackberry pie, vanilla, baking spice and pepper.   This $19 wine also drinks like a much more expensive Zinfandel. 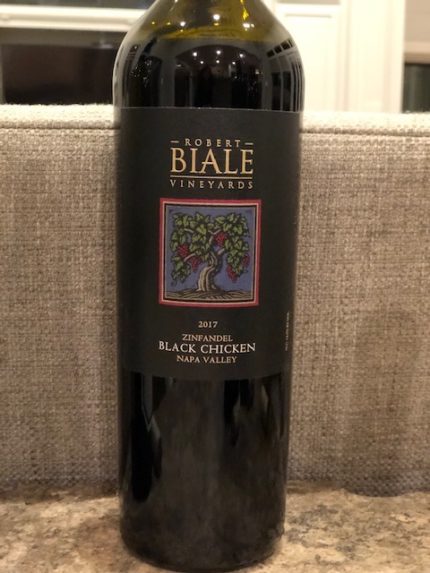 Our final wine was the 2017 Robert Biale Black Chicken Zinfandel.  Robert Biale Vineyards was founded by Bob Biale and Dave Pramuk.  In 1937, Pietro Biale planted Zinfandel vines with the other produce on his ranch.  After Prohibition it was difficult to make a living, so he took a job at the rock quarry.  An explosion took his life and his wife, Christina, and son, Aldo, 13, were left to figure out how to make a living.  The family continued to grow produce and raise chickens, but Aldo learned how to make wine from his Uncle.  Since their phone was a party line and commercial activity was highly regulated, the code words “a Black Chicken” (the symbol from Chianti, the Gallo Nero which evolved to chicken due to his chicken farm) became the way to order a jug of his bootleg wine.  Such a fun history and a really good wine.  This one was 100 percent Zinfandel with notes of red fruit, cinnamon and herbs. Absolutely mouthwatering!   This wine is priced at $49.

This tasting in honor of National Zinfandel Day showed the stylistic differences between the different regions.  While these wines are perfect for your barbecue fare, they deserve to be paired with so much more.