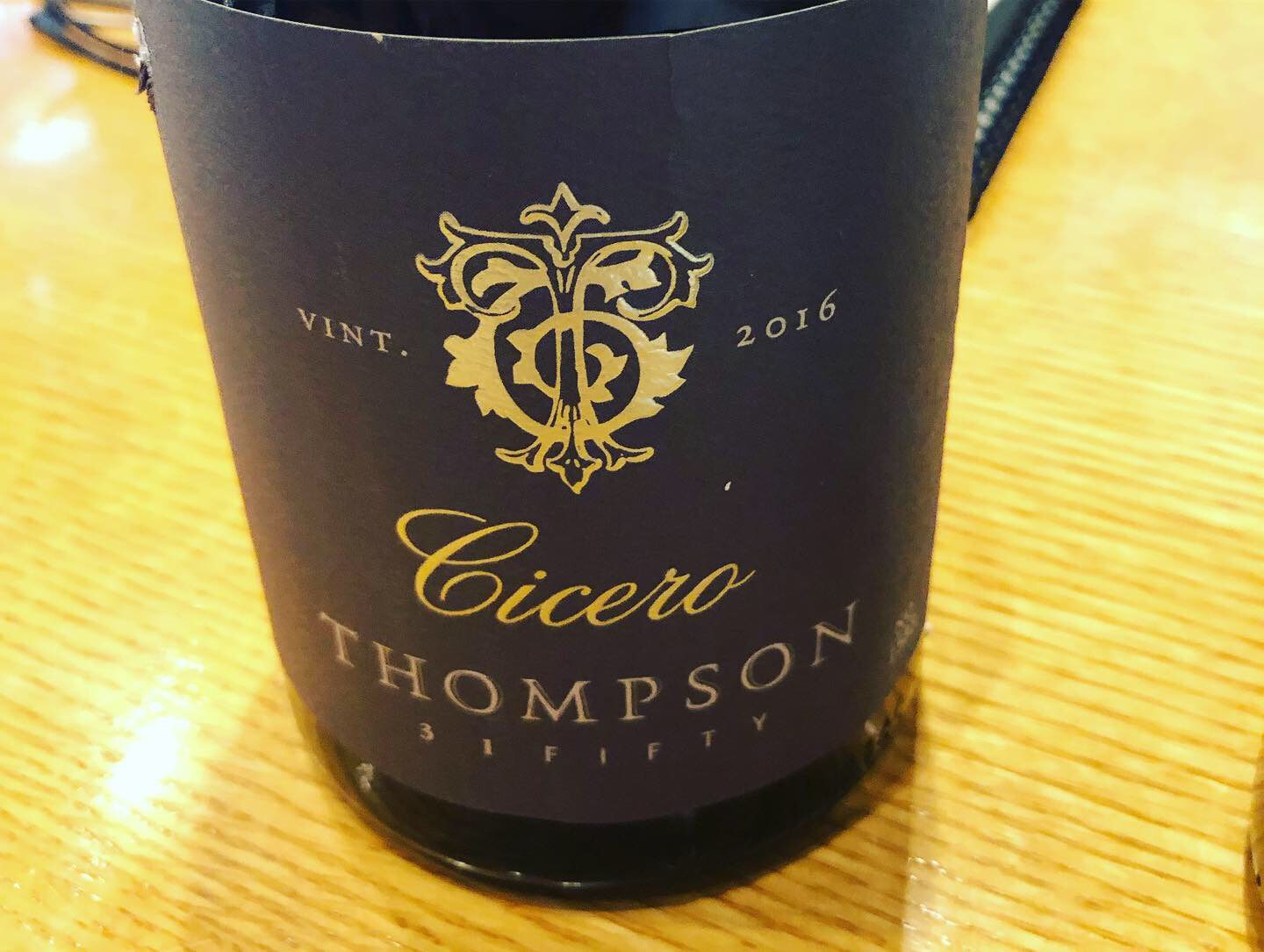 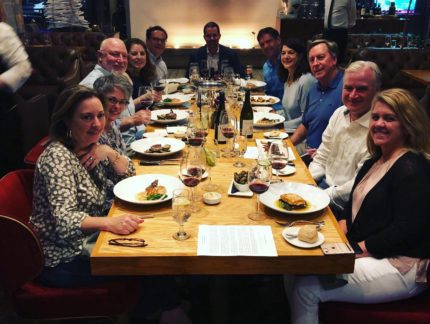 Mike Thompson, Proprietor of Thompson 31Fifty (third from right) and the Dallas Wineaux

When you sit down and talk to Mike Thompson, the proprietor of Thompson 31Fifty, it won’t take long until you hear his excitement for making wine and giving back to the community. What is interesting is that it was philanthropy that guided him to his second career of vineyard ownership.

First a little background on Mike.  He attended Texas A&M University and worked three jobs to pay his way. He received his bachelor’s degree in business and marketing and went on to earn an MBA in finance. He worked in the energy space for several years before moving into electronics manufacturing eventually working his way to a vice president of sales and marketing position. This was the point he was hosting high-end dinners and “Boones Farm was not on the list,” he joked.  “I knew I had to get serious about wine.”

He and his wife, Valerie, his high school sweetheart, took a trip to Napa that lit a flame to know and do more.  Trips to France, Italy and South Africa followed and when it was time to retire, he knew what he wanted to do as his second career.

Giving back was always part of the Thompson’s DNA.  When they lived in Destin, they started a philanthropic event that started as a backyard barbecue.  In four years, Chi Chi Miguel Throwdown grew into an annual spring fund-raiser to benefit area charities and Celebrity Chef Emeril Lagasse signed on to compete against other chefs.  The event has raised $6 million to date and attracts celebrities, winemakers and sponsors and has grown into a two-day event now with an additional golf tournament and trunk shows. 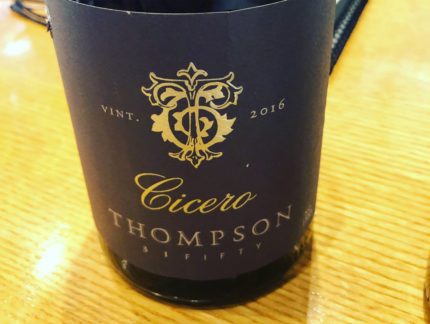 When it was time to figure out the next career move, the Thompson’s turned to the Russian River. They purchased their six-and-a-half-acre vineyard property in the Russian River Valley (RRV) appellation on Westside Road in 2013, which he referred to as “the Rodeo Drive of the RRV in Healdsburg, California.” It’s a list of “who’s who” wineries including Rochioli Vineyards, Williams Selyem, Arista, Gary Farrell and Thomas George.

In August 2014, they planted four acres of vineyards. Originally, Ulises Valdez, the well-known vineyard manager and grower, served as the vineyard manager.  Unfortunately, Ulises passed away suddenly last year.  Mike said the reason Ulises chose to work with him was because of the charity work that he did.  Lee Martinelli, Jr, today has picked up that role for Thompson 31Fifty. And, today Patrick Sullivan, formerly of Rudd, Spring Mountain, Lewis Cellars and Paul Hobbs, serves as the winemaker. 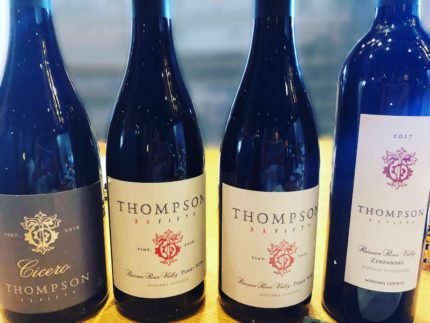 Mike talked about the style of winemaking and what the end goal is for the wines.  “We want our wines to be full bodied but not overpowering.  They will be smooth and elegant in the Burgundian style.” 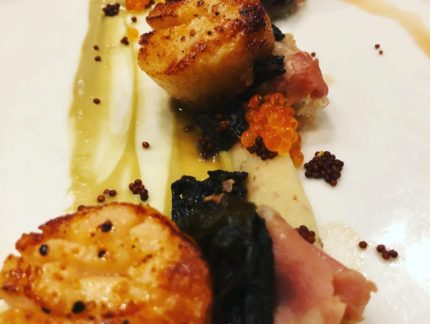 At a dinner at Oak with several members of the #DallasWineaux, we tried a variety of wines including a rosé, chardonnay and several pinot noirs.  The wines were elegant, structured, well priced and delicious. I really liked everything that I tried. The wines of Thompson 31Fifty are special, but then again so is their mission to improve the lives of so many around them.

2 thoughts on “Mike Thompson’s Journey to Thompson 31Fifty: It All Started with the Quest to Give Back ”