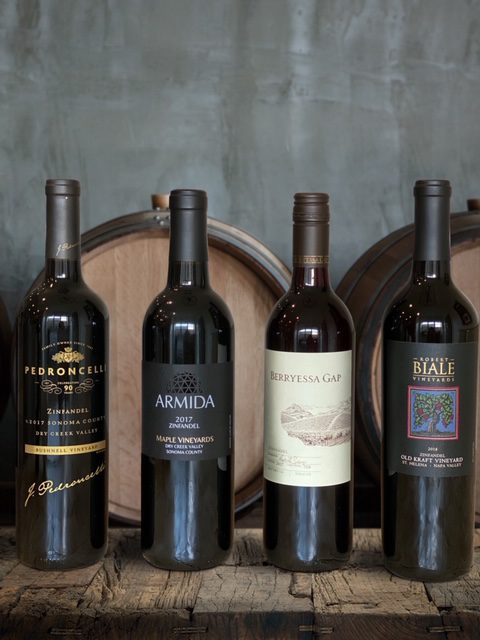 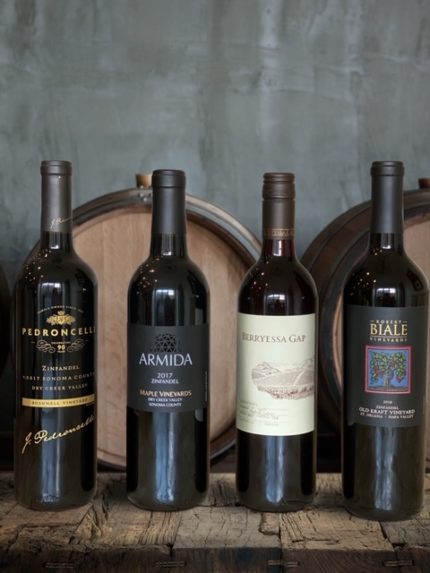 Grilling, BBQ and Zins are synonymous with Summer and what better time to break break out the grill, pair some wine and have a great meal.  We did just that a few weeks ago when I had the chance to try four great Zinfandels from grapes cultivated in classic vineyards and produced by legendary wineries in California.

We tried the following wines with the winemakers from each vineyard:

When I last wrote about Berryessa Gap, I was struck by the strong statement on its website — we are immigrants, pioneers, farmers and entrepreneurs.

Winemaker Nicole Salengo from Berryessa Gap talked first.  Berryessa is based in Winters, CA and Yolo County.  Winters County is located just 30 miles from Sacramento and 60 miles from San Francisco.  The region is in the process of establishing its own AVA and is located on the eastern edge of the California Coastal Range and has cool temperatures in the morning and late evening and warm day temperatures.  Moderate rainfall combined with rolling terraces and excessively to well-drained soils provide ideal conditions for growing wine and yet somehow this region hasn’t been on my radar in the past.

Berryessa Gap’s roots go back to both Spanish and German farmers who first planted and farmed fruit.  The site literally refers to a gap in the hills east of Lake Berryessa.

In 1969, Dan Martinez, Sr., planted apricots, almonds, prunes and walnuts and then partnered with Ernest Peninou, a San Francisco winemaker and wine historian, to develop Yolo Hills Viticulture Society, a grapevine rootstock nursery business that supplied UC Davis-sourced grapevine rootstock.  This was the business for 30 years until Dan Martinez Jr. and his business partner Santiago Moreno purchased the Coble Ranch at the crest of rolling hills overlooking Berryessa Gap Vineyards in 2000.

I’ve had the pleasure to taste several wines from Robert Biale Vineyards in the past.  Robert Biale Vineyards was founded by Bob Biale and Dave Pramuk.  In 1937, Pietro Biale planted Zinfandel vines with the other produce on his ranch.  After Prohibition it was difficult to make a living, so he took a job at the rock quarry.  An explosion took his life and his wife, Christina, and son, Aldo, 13, were left to figure out how to make a living.  The family continued to grow produce and raise chickens, but Aldo learned how to make wine from his Uncle.  Since their phone was a party line and commercial activity was highly regulated, the code words “a Black Chicken” (the symbol from Chianti, the Gallo Nero, which evolved to chicken due to his chicken farm) became the way to order a jug of his bootleg wine, which became a signature wine of the winery.

The Zinfandel was delicious with notes of violets, dark cherry, pepper, spice and berry. 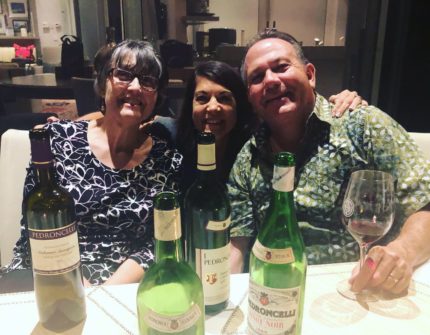 I have a friendship and love for the Pedroncelli family and you will find multiple posts on the website marking their history and influence on Sonoma wine culture.  I was invited to attend the 90th anniversary party in 2017.  They were one of the first wineries in Sonoma County, founded by Giovanni and Julia Pedroncelli in 1927.  Four generations later, they are still going strong.

Grab your favorite thing to grill, grab a great bottle of Zin and get your Summer started!