Going Rogue: A Guide to the Best Parties at the Wine Bloggers Conference 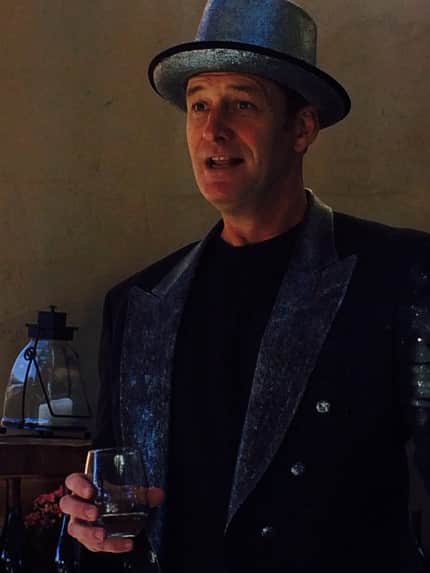 Robert Larsen, the Ringmaster of Rogue

During the conference, I was lucky enough to get invited to a few really cool private events that we later coined #goingrogue.   After the fantastic tasting at Star Vineyards, a small group was invited to Rodney Strong’s 25th anniversary “silver” dinner at Root 246.  Rachel Voorhees and Robert Larsen came dressed to impress – and several of the ladies followed suit.

The Ladies and Willie the Photobomber 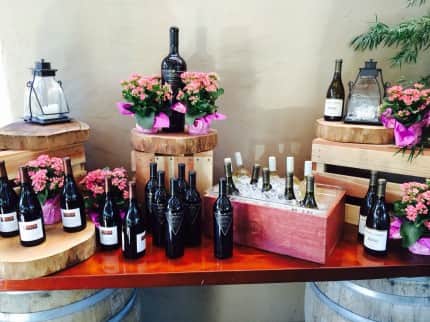 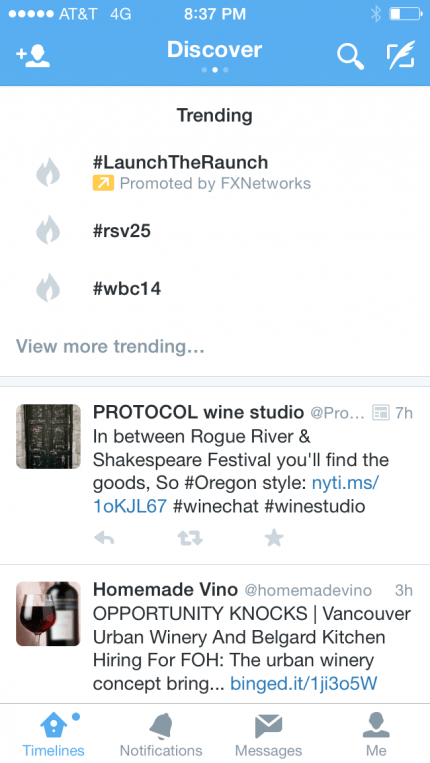 It was an awesome dinner featuring a wide selection of Rodney Strong and Davis Bynum wines.  Rodney Strong people are my kind of people and I did chuckle when I saw our small little group was out trending the overall conference.  Never underestimate the power of a fun group of bloggers. 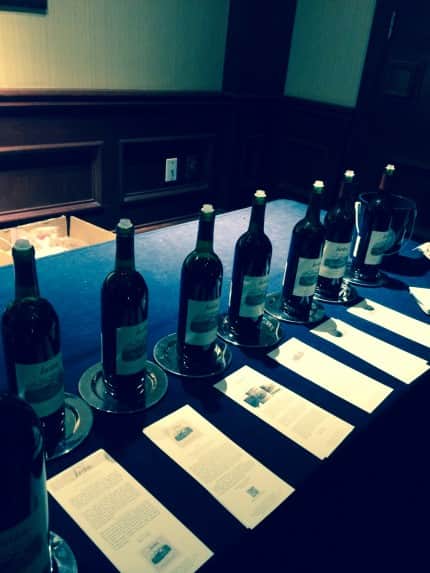 The next evening, the much anticipated Jordan and J Wineries after-party took place.  Over the years, I’ve seen this party bring everything from sabering (this one was successful) to random people walking the floors in robes to dancing to the great unknown.  That’s the joy.  What continued was a line-up of Jordan and J’s best wines and the chance to taste through a number of verticals. 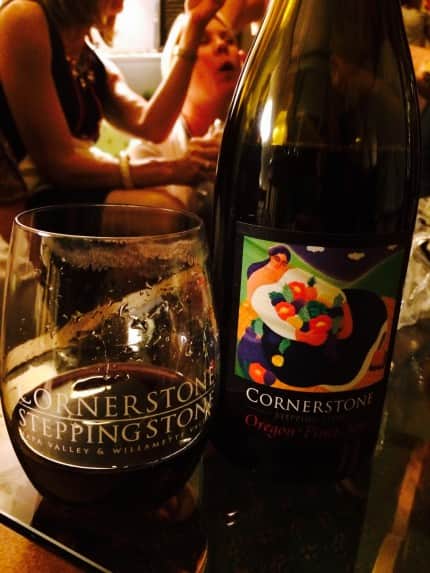 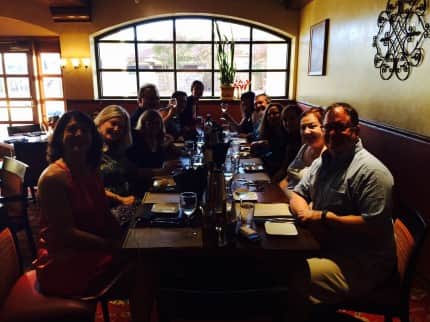 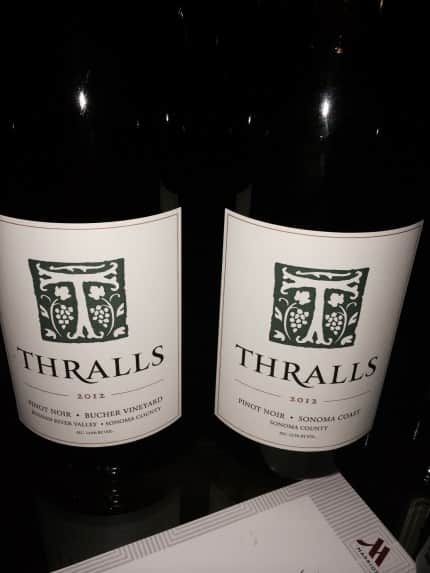 One constant was the Cornerstone Cellars/Steppingstone Cellars suite hosted by Craig Camp, one guy who really gets bloggers.  I have always been a fan of these wines and find they change each year depending on the harvest.  They truly have a sense of place – whether it is Howell Mountain, Napa Valley or Willamette Valley.  I have never tried one that I haven’t enjoyed and the entire line-up from rose to white to red was featured.  It was at Craig’s party that I finally got to try Ed Thrall’s wine, which was also delicious and you never can underestimate the power of heart shaped tub to get iPhones snapping pics.  Craig also hosted us for a really fun dinner the night of the Wine Blogger Awards and we had a blast! 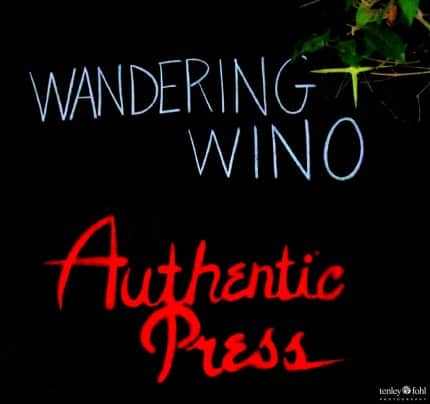 Another really cool event was the Authentic Press party sponsored by Shawn Burger (@awanderingwino) that brought together a number of smaller family producers from Santa Barbara at the Sarloos and Sons tasting room as well as some of the best pizza that I’ve ever tasted from Bello Forno Pizza.  The wineries included Ampelos, Andrew Murray, Nacido/Solomon Hills, Cebada, Lindley, Native9, Palmina, Roark, Saarloos & Sons, Storm and Tercero as well as Fig Mountain Brew.

The vibe was cool and very Santa Barbara.  I found out after the fact that Nicholas Miller from Bien Nacido/Solomon Hills is one of the top 40 under 40 influencers in the wine industry; James Ontiveros, who was from Alta Maria and Native9 was recently co-awarded the farmer of the year; and Michael Benedict, is known for planting the first pinot noir with Richard Sanford in Santa Barbara County.

I got to visit with Keith Saaroos when I tasted through their wines (and quickly bought a case).  I loved the tenants of the winery taught from him and by looking at the website: 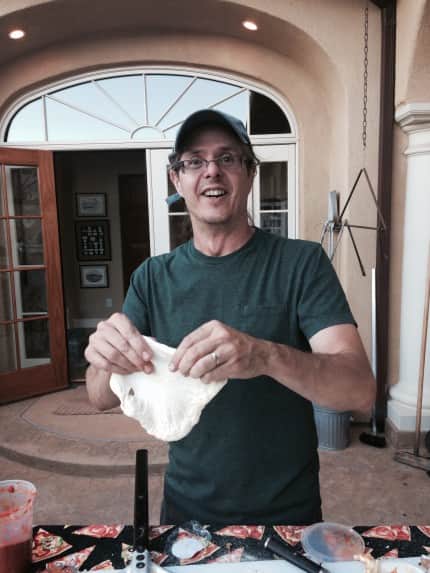 Wes Hagen, Close Pepe Winemaker and Host With the Most

The very last night, after the conference had ended, Wes Hagen and Wil Fernandez hosted a party to meet local winemakers and local musicians at Clos Pepe Vineyard’s.  It was everything that I came to love about Santa Barbara – the vibe, the non-corporate sponsors, the wine makers, farmers, musicians and bloggers having a great conversation.  The foods and the wines were local and plentiful and Wes showed his prowess with a pizza oven. 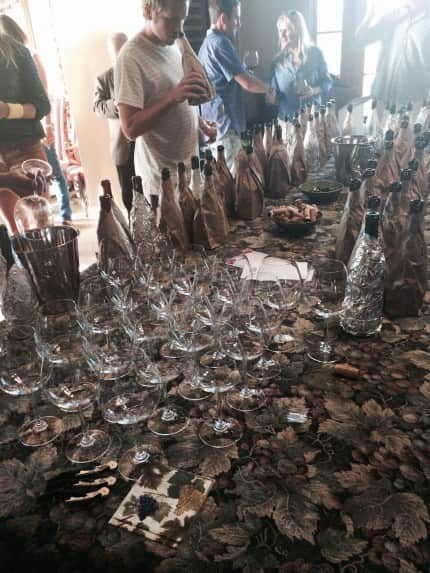 The wine makers were asked to bring wines for a brown bag tasting (like 90 plus of them) that included the wine that influenced them to make wine as well as a selection from the winery.  I also had a chance to talk to OCD Brewing who made an incredible mango habanero saison that made me re-evaluate the fact I don’t drink much beer. 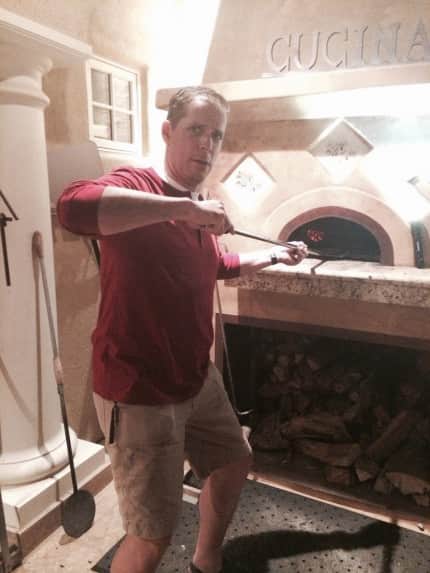 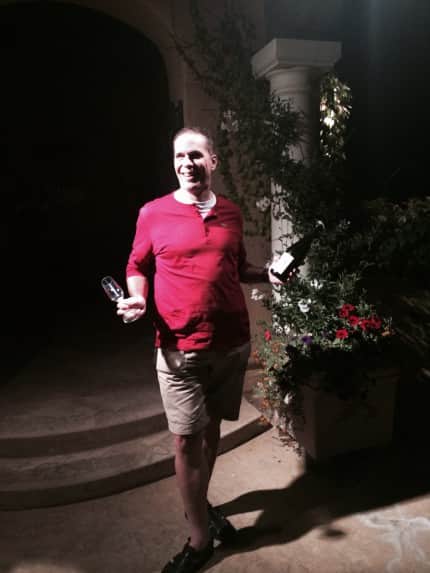 As usual, Wes was quotable and I was able to experience Jeff’s not so successful sabering experience.  A quick word about Jeff, who became our entertainment for the evening.  He’s true Renaissance man – from making and dropping pizzas to being the most tenacious man in the world on sabering a champagne bottle.  Jeff, perhaps we should under-promise and over-deliver in 2015. 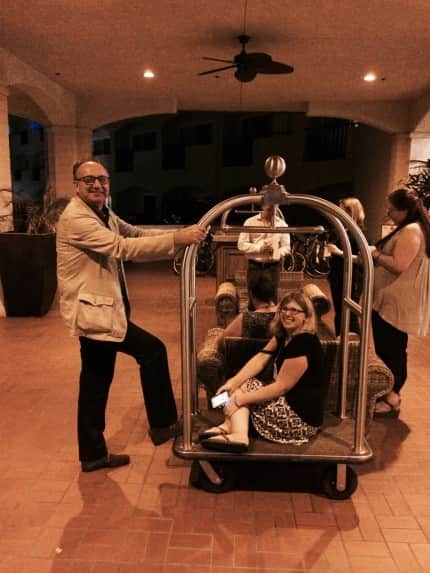