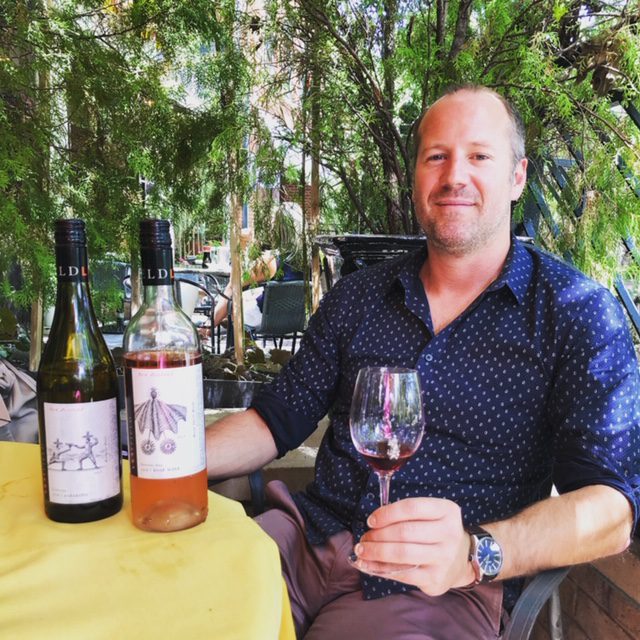 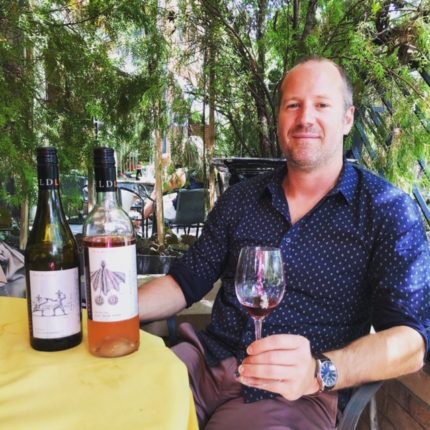 It only takes one look at Left Field Wine’s website for to understand that this isn’t going to be a typical New Zealand Wine experience.  I was invited to lunch with Winemaker Richard Painter (who also makes wines for Te Awa) during his run through Dallas last month and as I watched him set out the wines, I knew this was going to be a lunch that shattered my pre-conceived notions of New Zealand wine. 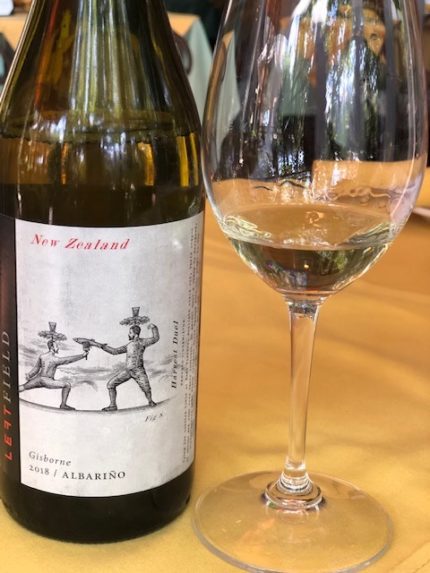 Albariño!  Pinot Gris!  Yes, you heard me right …. And lovely versions of both of those.  I had no idea that New Zealand even made Albariño, but there it was, lovely and tangy and floral and perfect.  We had rosé.  And of course, we had Sauvignon Blanc and Pinot Noir, which were both classic and good representations.  But first, the story.

Left Field Wine is located on New Zealand’s North Island in Gimblett Gravels, which is known for alluvial soils located in an ancient riverbed in the Ngaruroro River in Hawke’s Bay.  A massive flood changed the course of the river in 1867.  The winery was established by the Lawson family in 1997, but was acquired by George Fistonich, who also owns Villa Maria in 2012.

On the website, they talk about how the winery is different:

Our whimsical approach to exploration, creativity and imagination is embodied in Left Field wines. It is the birthplace of the unexpected, the weird and the wonderful. 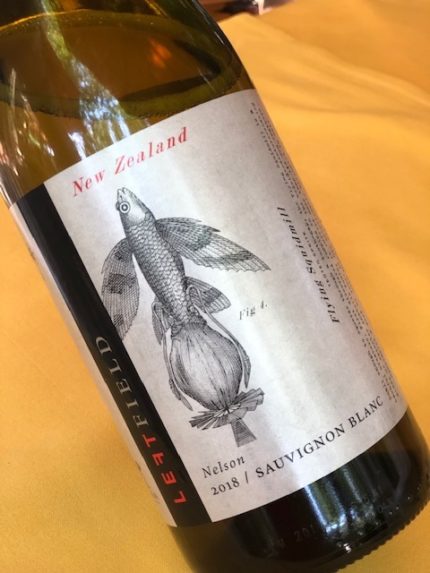 Richard reinforced that when the winery was rebranded five years ago. “The name Left Field gave us the ability to let loose a little.  We went to our designer and gave him carte blanche to have fun with the labels.” Looking at the bottles, you see hand drawn, fun sketches of animals, that are whimsical and fun, but not too kitschy.

Richard didn’t start out his career to become a winemaker.  He grew up with a family who had a wine cellar and his parents familiarized him with wine.  He received his Bachelor of Science majoring in Geography at Otago and his first job was managing the renowned Bath St. Nightclub. This is when he began attending wine tastings and became interested in the process of making wine.  He decided to take a three month Summer job and pursue his post graduate studies.  One thing led to another and he decided he was passionate about winemaking. There was a link with his geography degree with soil science and climatology and he decided to pursue a degree at Lincoln University in 2006 in Winemaking and Viticulture.

He started at the bottom working at the vineyards in Central Otago, Canterbury and Nelson.  This led to a job at Owen Roe Winery in Washington State and he learned about new varietals and bold red wines, which is why he came back full circle to Hawkes Bay.  He joined Vidal Estate for the 2008 vintage and became the Assistant Winemaker in 2011.  He joined Te Awa in 2013 as the Winemaker where he started making the wines for Left Field as well.

Richard told me about how New Zealand wine (for him) is all about fruit, freshness and purity.  He wanted to make Marlborough wine, but it was important to bring out the elegance and finesse of styles of wines he worked with around the world.  These wines are deliberate, but lighter and more aromatic than traditional wines that I have had from the region.

Here’s the line-up we tasted.

2018 Left Field Albariño – notes of apple, pear, citrus and white flowers.  It had the minerality of traditional Albariño, but a delicateness that was unexpected.  I need to figure out how to secure more of this when Victory expands distribution into Dallas.

2018 Left Field Pinot Gris – notes of apple, pear, baking spice and vanilla.  This is another wine that has beautiful aromas in the glass and keeps you returning for the next sip.

2018 Left Field Rosé – lots of juicy red berries and floral notes in this blend of Merlot, Pinotage and Arneis. It’s a slightly off dry rosé and their top selling wine.  It’s not hard to see why as it is a serious wine that would stand up to serious food.

2018 Left Field Sauvignon Blanc – if you make wine in New Zealand, you most likely are making a Sauvignon Blanc, but this is lighter and more French in style.  I tasted notes of stone fruit, tropical fruit, lemongrass and a nice minerality.  It was a cleaner and more balanced style of wine than I have tasted from the region in the past.

2017 Left Field Pinot Noir – notes of red fruit, spice and herbs.  Richard told us that it was light enough to chill on a hot day, and it would be lovely.

At Left Field Wines, it’s all about going outside the box and adding some whimsy to the wine equation, but never forgetting that being deliberate about making great wines is the end goal.