Amici Cellars: A Toast to Bringing the Old and New World Wine Styles Together 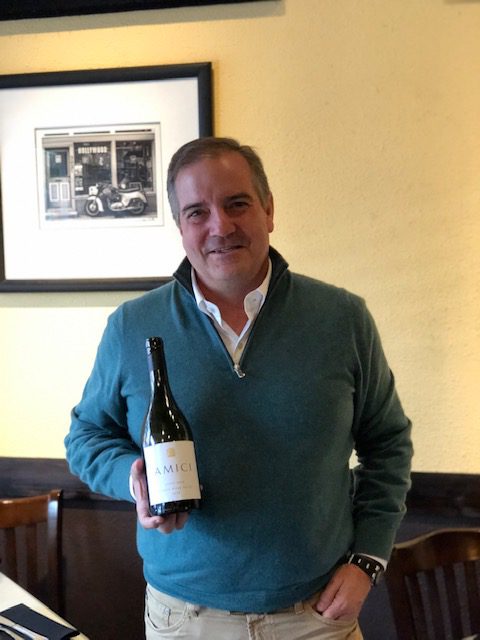 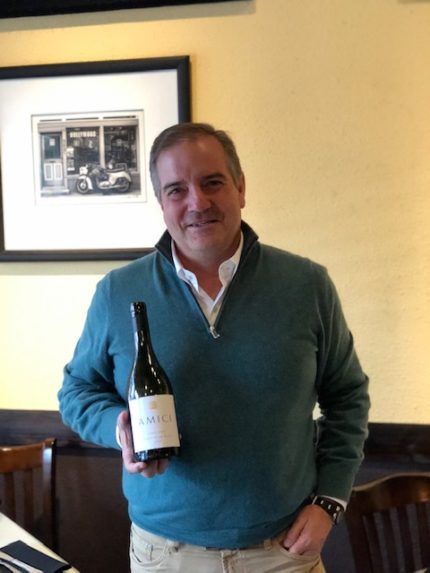 Amici Cellars began as a project of wine loving friends in 1990 who wanted to focus on small-production Napa Valley wines that they wanted to drink themselves.  Winemaker Jeff Hansen crushed a few tons of grapes after a college internship as a passion project.  The wine was good, and they decided to release a commercial vintage. The name “Amici” means friends in Italian.

Today, the owners of Amici, John Harris and Celia and Bob Shepard, are also good friends who love wine. They have reinvented themselves with second careers in the wine world.  Bob was one of the co-founders of Amici Cellars, but also is a real estate investor and has a finance and economics background.  Celia was an executive for Macromedia, a software company.  And Bob worked for a start-up company first and then became involved in the wine scene.

They brought in seasoned winemakers Tony Biagi, a Napa Valley veteran and sixth-generation winemaker with more than 25-years-experience at places like CADE, Clos Du Val, Hourglass, Paraduxx and Plumpjack, and Jesse Fox, a rising star with experience from Harlan Estates, Napa Valley Reserve and Ram’s Gate Winery, with a focus on understanding the terroir and understanding the soils in the vineyard.  Tony and his team follow the philosophy that great wines are made in the vineyard. 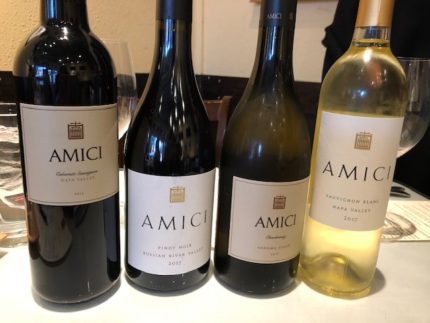 More than 25 years in the making, Amici Cellars believes in bringing the old and new together.  Preserving its legacy and producing wines of exceptional character is the unwavering commitment and they attribute success in large part to the age-old adage “nothing replaces hard work.”  They also have an unwavering commitment to continuing to make better wines every year.

“Mother nature gives us the material to do a better job at our craft every year,” Bob said.  “Our wines taste from their sense of place. The fruit is the painting – the vintage reveals itself each year to what will be revealed in that art.” 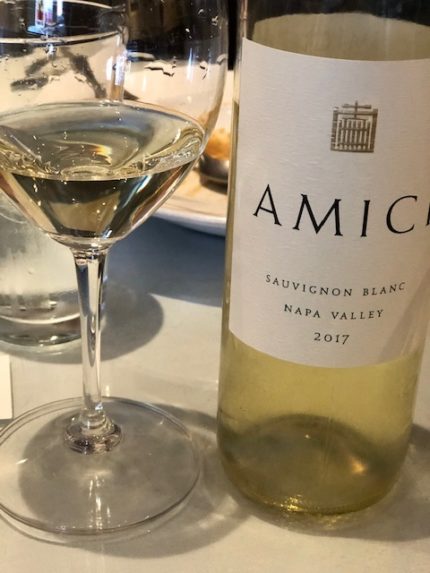 Amici single-vineyard wines are grown in hillside and valley vineyards in Napa Valley and Sonoma County, from Beckstoffer’s To Kalon vineyard to the Charles Heintz Vineyard. 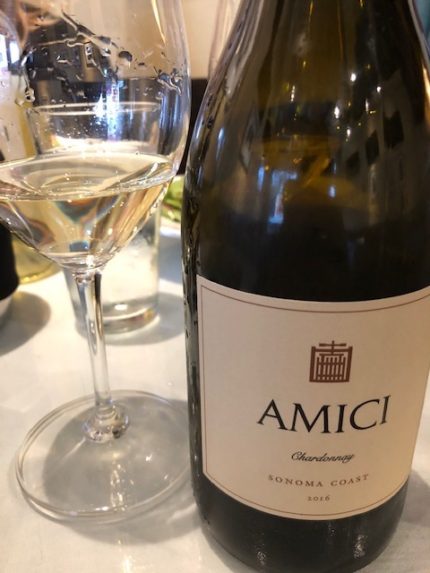 I had an opportunity to try four wines in wider distribution with Bob and Vice President Melissa DeVore during their recent visit to Dallas with.  And then, I was sent three single vineyard wines where I experienced the full spectrum of what Amici is capable of in the vineyards.  First the wines we tried during our visit:

2017 Amici Sauvignon Blanc – a Bordeaux-influenced blend of Sauvignon Blanc with a touch of Semillon made grapes from the Musque Clone, which is known for its floral qualities.  This wine had a crisp and mineral style with notes of guava, citrus, apricot, almond and lemon meringue. 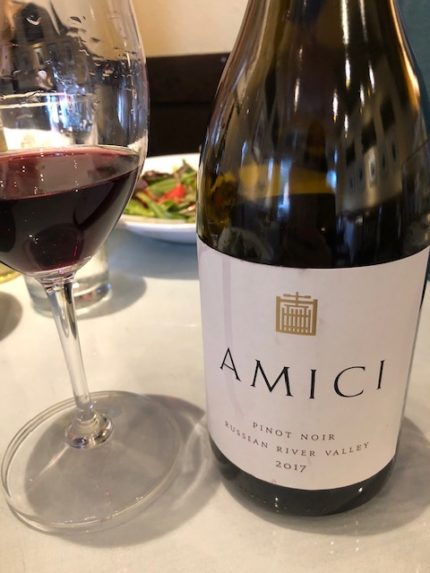 2015 Amici Russian River Valley Pinot Noir was elegant, but powerful.  I tasted notes of raspberry, plum, black cherry, mushroom and licorice.  It was made in a Burgundian style and was delicious. 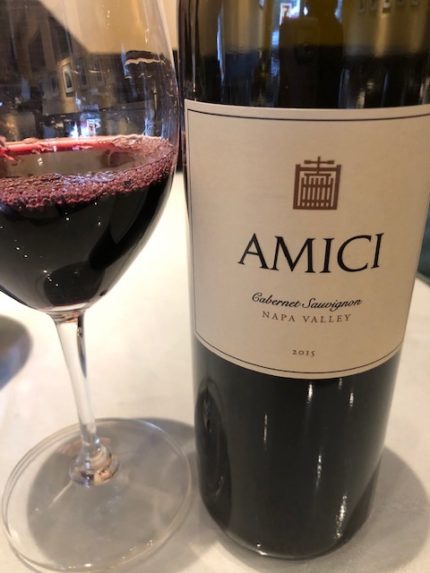 2015 Amici Cabernet Sauvignon was described as “Tony’s favorite wine to make.”  It was made in an Old-World style (think Bordeaux style) with blending different varietals to add in layers, depth and flavors.  This is about having the right relationships with growers and expressing what “Napa Valley really is.”

And, then there were the reserve, single vineyard wines and whoa…. 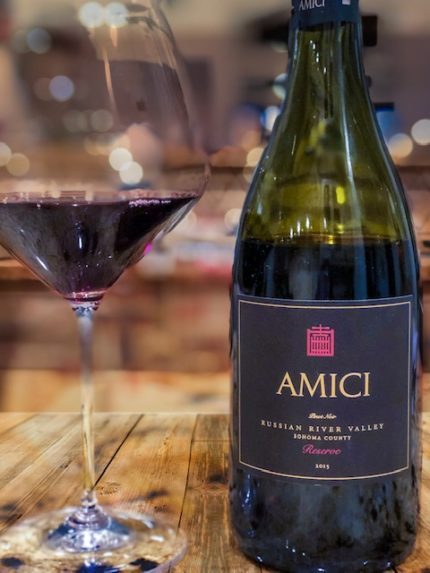 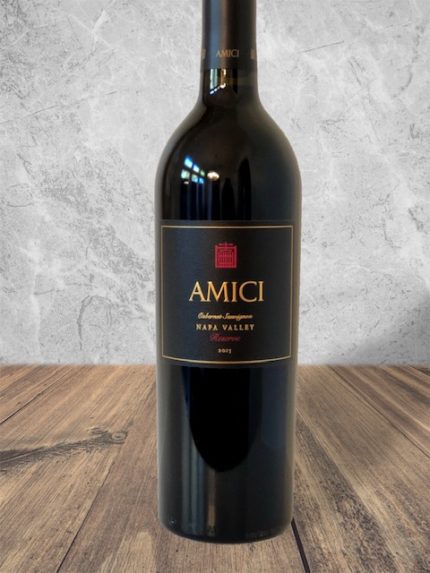 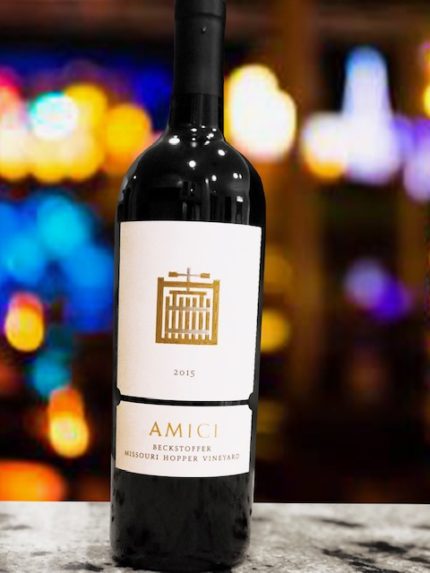 2015 Amici Beckstoffer Missouri Hopper Vineyard Cabernet Sauvignon – this wine is amazing.  Missouri Hopper is one of Napa’s oldest vineyards, that is located on one of 45 acres on the Oakville Bench in the Napa Valley. Originally purchased by Charles Hopper and given to his daughter Missouri in 1877, today the vineyard owned by the famed Beckstoffer family and is some of the most sought-after fruit in Napa for a reason.  This 100 percent Cabernet is full of blackberry, cherry, vanilla, herbs, mocha, spice and chocolate.  It’s silky, elegant, refined and special.