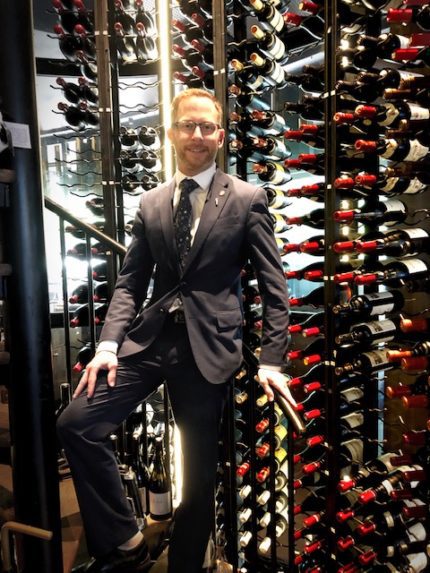 Sitting down with Adam Bernstein, the Wine Director from Del Frisco’s Double Eagle Steakhouse, is like sitting down with an old friend.  His passion and love for wine is evident in what he does, and the staff describes him as “the chief hospitality officer.”  That love extends to the environment and creating Dallas’ first restaurant recycling program, but more about that later.

But there are many layers to Adam and his story runs deep.  He never expected to become a Sommelier.  He began his career in Portland and signed up for the exam three weeks prior.  He had lost his girl, his apartment, his job and had signed up for the exam figuring he had nothing else to lose … never ever expecting to pass.  He describes to me the moment when Master Sommelier Shayn Bjornholm read his name as the number sixteenth person passing the exam.  “It was like nothing else I can describe … it was like I got affirmation of myself back.”

That put him on a trajectory that brought him to Dallas.  He actually declared to himself that he wanted to work for Del Frisco’s in Dallas long before he secured this position.  After working in Seattle he completed the advanced Sommelier course at the Ritz Carlton.  Almost four years to the day Adam passed this exam, he was promoted as the wine director at Del Frisco’s. 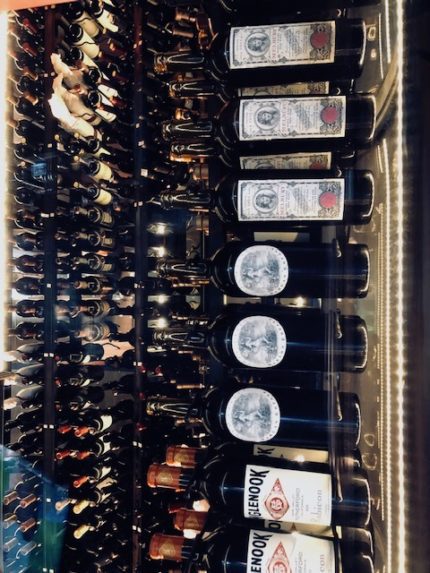 A peek inside the Dallas restaurant’s cellar

Del Frisco’s is known for its wine program and has been awarded the Best of Award of Excellence by Wine Spectator for the past two years, which features 1,200 selections.  Del Frisco’s New York is a two time winner of Wine Spectator’s Grand Award. The goal is to take people out of their comfort zones in a world of familiar steakhouse wines and introduce them into “adventurous wines” that they may not be familiar with,” Adam said. “People that come to Del Frisco’s are looking for a luxury experience and to create memories … I want to help continue that experience through wine.”

But, beyond wine, he’s making a sustainable impact on this community.  Did you know that the City of Dallas has no citywide recycling program for restaurants in our community?  I was shocked to realize that was the case.

I communicated with Nichelle Sullivan, the Public Affairs Office of the Office of Public Affairs and Outreach, and she told me, “Most commercial businesses use a private hauler for their waste and recycling.  However, the City of Dallas is considering a Commercial Recycling strategy.”

I reviewed minutes from a City Council meeting from June 10, 2019 and there is an interest and recommended strategy, but no plan for implementation nor tax rebate for doing so.

So that means that every liquor, wine and beer bottle today ends up in a dumpster and then a landfill unless restaurants take their own initiative. Coming from Seattle, Adam decided that was not something he could live with, so he started the first program in the City (disclaimer: that I could find in my research and that Adam is aware of).  He believes that Sommeliers should know where grapes are grown and have a responsibility to what happens to the bottles after they are recycled.

To him, it’s about the community.  It’s taking that extra step for guests.  It’s what a “hospitalitarian” should do.