A Night In Dallas with Greg Morthole, Winemaker of Davis Bynum

My favorite posts on Dallas Wine Chick have always been ones that tell a great story about wine, a winemaker or a region.  As a blogger, research goes into every post.  Living in Dallas, not necessarily next to acres of vineyards, much of this research is done online, while drinking the wine or during wine trips.  Davis Bynum is a winery that has figured out not only how to tell its story but how to truly teach complex lessons in a very easy to understand format.

In December 2014, Robert brought a group of us together to learn about Pinot clones; what goes into each clone and why; and we had a chance to sample the stand-alone clones and a resulting blend.  Here was my last experience with the clones of Davis Bynum.

So what is a clone?  Basically, a cut is made from a “mother” vine with the assumption that the cut will be genetically identical to the first.  Usually the winemaker is trying to find certain characteristics in the mother vine that they want to replicate.

This trip, Robert brought Greg Morthole, winemaker of Davis Bynum, to pour the latest round-up of sauvignon blanc, chardonnay and four of its pinots.  Greg started working for the winery as a lab director before he was promoted to his current position.  His grasp of the intersection of science and earth was apparent as he discussed the wines.

First a little background about the winery. Davis Bynum was the first to produce a single vineyard pinot noir from the Russian River Valley in 1973 from Joe Rochioli’s vineyard.  Bynum was a newspaper man working at the San Francisco Chronicle, but inherited his love of wine from his father, who was a wine judge at both the Los Angeles and California State Fairs. He originally experimented with petite sirah from Robert Mondavi, which he deemed a success.  After several years, he decided to make wine his career and did it in Albany, California.  In 1973, he bought a property in Sonoma and found his group of dedicated grape growers.  The rest is history.  In 2007, he sold the winery to Tom Klein, owner of Rodney Strong, but the goal of producing single vineyard wines has not wavered. 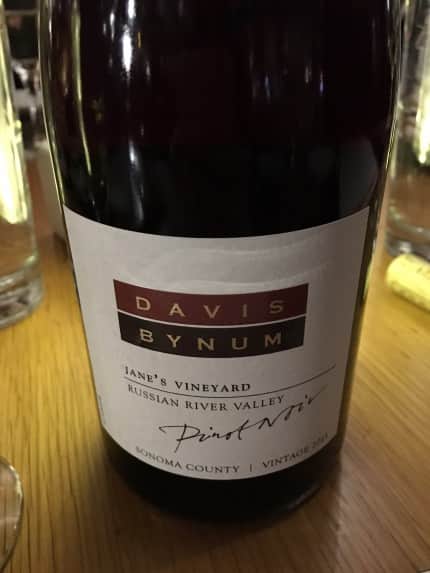 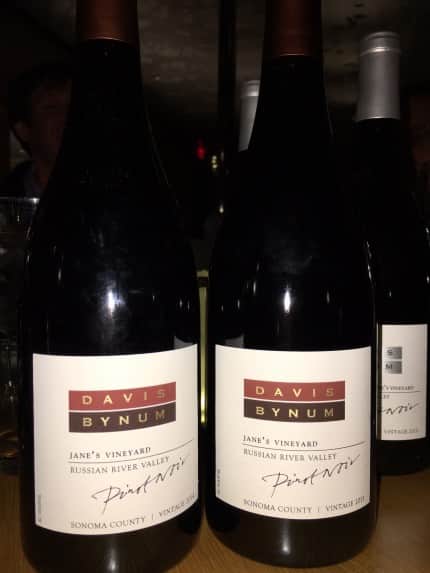 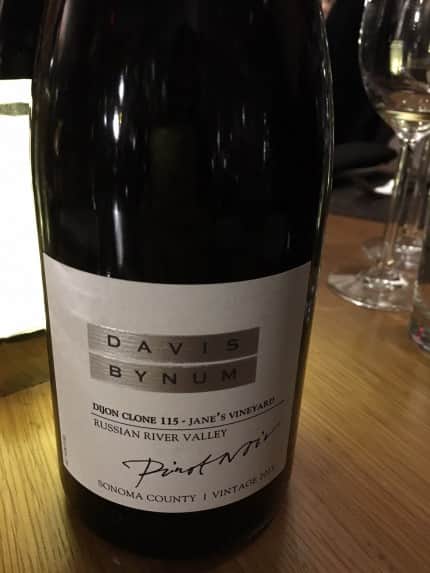 We tasted through the 2014 Virginia’s Block Sauvignon Blanc and then tried the 2013 Chardonnay.  We moved to four different pinot noirs – two that were Sonoma blends from 2013 and 2014, one from the Russian River Valley and one from a single clone – all from Jane’s Vineyard.  The pinots had such different characteristics and I remain astonished on the range and deliciousness of each of these wines based on the block, the clone and the elevation.