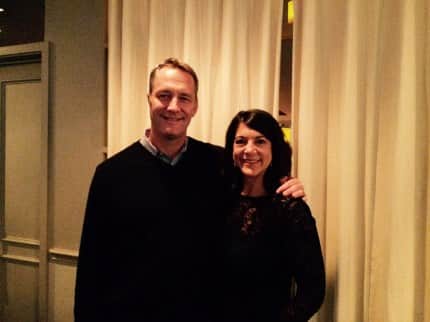 Robert Larsen and Me

He just threw the question out, which might as well been rhetorical.  “Do you want to join the trade event or should we do a private one for a few of your wine club friends?”  That’s what Robert Larsen, director of communications for Rodney Strong and Davis Bynum Wines, asked me back in October.  Without hesitation, I gathered eight women and we began a journey led by Robert about Davis Bynum wines, the Russian River Valley and the art of deciphering clones of Pinot Noir. 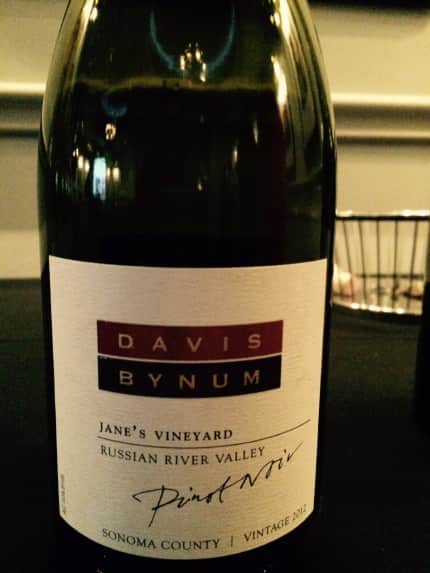 First, a little about Davis Bynum.  Davis was the first to produce a single vineyard pinot noir from the Russian River Valley in 1973.  I loved hearing about how Bynum, an aspiring winemaker and reporter at the San Francisco Chronicle, purchased his first wine, a petit sirah, from Robert Mondavi in 1951.  Other key dates included 1965 when he purchased a warehouse and transformed it into a winery in Albany to his purchase of a 26-acre vineyard in Napa, which he was unable to build due to construction restrictions.  His journey continued taking him to Sonoma in 1973, where he established the winery in Russian River Valley, which became an AVA in 1983.  Here he began his focus on pinot noir and chardonnay wines.  In 2007, he sold the winery to Tom Klein, who has been making wine for four generations and is the owner of Rodney Strong Vineyards.  Forty years later, the focus is still the same and he continues his involvement with Davis Bynum and often has lunch with winemaker, Greg Morthole. 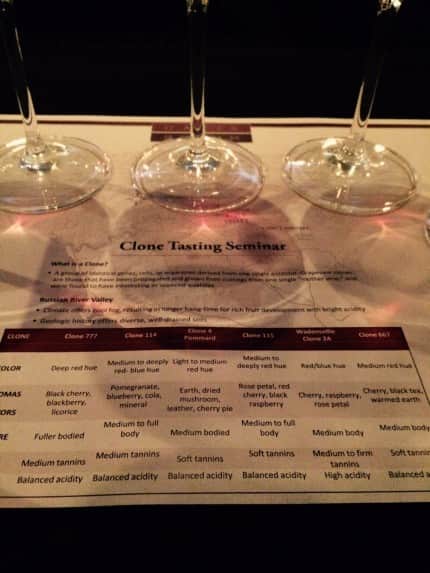 Pinot Noir, a widely known grape, has several sub-varieties, referred to as “clones.”  The seminar that Robert led for us detailed five different clones and what made them special as well as the final Pinot blend – the 2012 Davis Bynum Jane’s Vineyard Pinot Noir, which shows the beauty of blending the right clones, at the right time and in the right wine.  Clones are described as a group of identical genes, cells or organisms derived from one ancestor.

Grapevine clones are those that have been grown from cuttings from one single “source,” and were found to have interesting or superior qualities.  Pinot Noir aka known as “I’m too sexy for my clone – at least after this tasting” is the grape with the most clones with a total of more than 400.

What I learned is that each clone has its own unique flavor and the finished blend was where the rubber meets the road and the grape meets the earth.  And, once again, Robert is truly the host with the most as he took us out for an amazing dinner at Dragonfly at Hotel ZaZa after the seminar.

4 thoughts on “The Art of Davis Bynum Blending: A Pinot Noir Clonal Lesson”