A Conversation with Chris Hanna: President of HANNA Winery

A Conversation with Chris Hanna: President of HANNA Winery 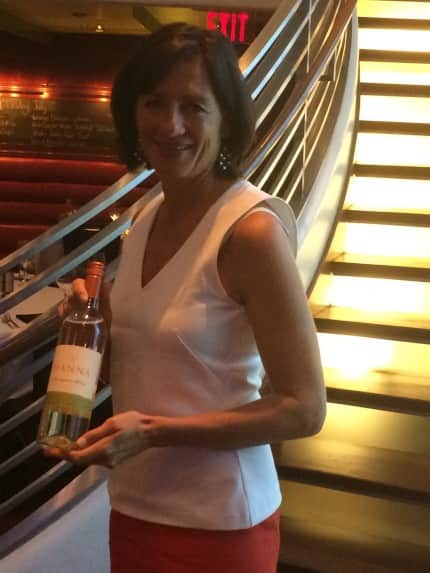 On my way out of town (literally), I had the chance to meet Chris Hanna, president of HANNA Winery, and another Renaissance woman extraordinaire.  Like me, she juggles a C-level job and works to raise a family – in a world that is often male dominated.

She’s smart, funny, direct and has a vision for the past, present and future of the wine business.  We talked about her perspective on the most interesting folks in the world of wine. “The most fascinating people in the wine business start with careers outside the business,” she said.  “They intersect expertise in art and science making them more creative in how they think.”

She is a walking example of just that.  Her original vision was to become an English professor and academic.  When her dad called her in to help interview sales and marketing candidates, she had an epiphany.  “I wasn’t sure how we could claim to be a family business when we had no family members running the business.”  Her dad, Dr. Elias Hanna, a world-renowned cardiac surgeon, was trying to manage the business working primarily from an ER. Three days later she found herself on a flight to a distributor in Chicago as “green as green can be.”

Fast forward 20 plus years and she’s built HANNA into one of Sonoma’s most successful family wineries.  HANNA encompasses more than 600 acres of land in Sonoma’s Russian River Valley, Alexander Valley and the Mayacamas Mountains.   Chris talked about her journey from when Merry Edwards came in as the first consultant.  “She taught me how to exist in a man’s world and important things like barrel cleaning protocol.”  She asked a million questions and collaborated with other family run wineries in the region and day by day learned the business.

She made some risky judgment calls – from changing the entire Cabernet program to putting screw tops on HANNA’s best selling Sauvignon Blanc (both have paid off).  Chris has written a cookbook, “The Winemaker Cooks,” which celebrates wine and food.

I had the chance to taste through several wines from HANNA.  We started with the 2012 HANNA Russian River Valley Sauvignon Blanc.  It had great acidity with tropical fruit, citrus and floral notes.  It was a great expression of sauvignon blanc. 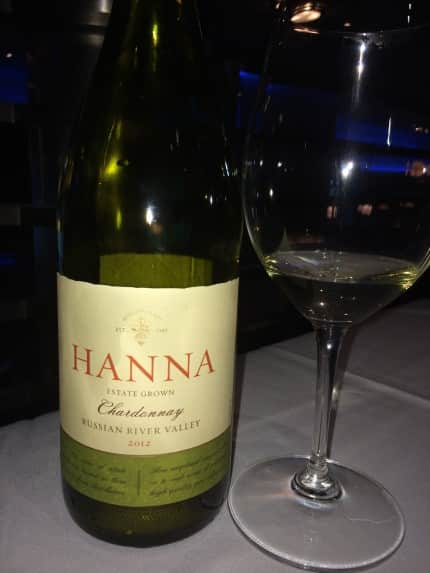 Our second wine was the 2012 HANNA Russian River Valley Chardonnay.  I was really impressed with this wine.  I tasted tropical fruit, almond and vanilla.  I am a big fan of this wine – especially for under $20. 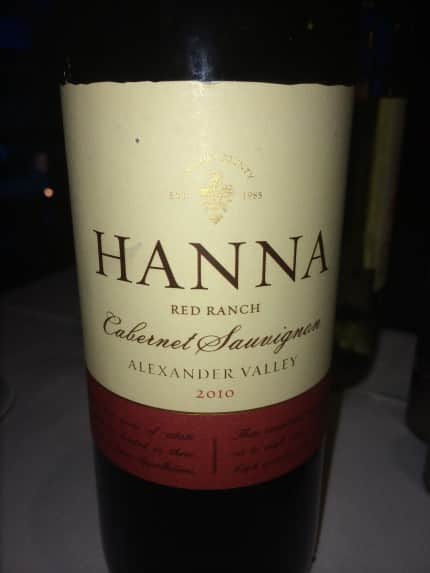 We moved to the 2010 HANNA Red Ranch Cabernet Sauvignon from Alexander Valley.  I loved the black cherry, licorice, tobacco, plum and big berry taste that I got from this wine.  Five years ago, Chris decided to totally revamp this program and replace the Merlot that was originally blended with Malbec.  It was smooth, easy drinking and a great wine.

We ended our conversation with a discussion about how the industry has changed and how HANNA works with Terlato Wines to gain additional exposure as well as having a robust direct to consumer business through its tasting rooms and wine clubs.  Considering the winery has grown from 1,000 cases to 50,000 cases, it looks like Chris’ strategy is working well.