51 Years of Perspective from a Napa Pioneer 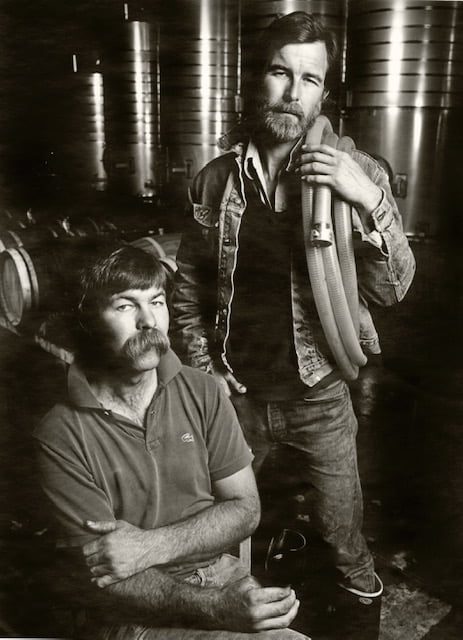 Fifty-one years ago, Stu Smith made the decision to purchase 200 forested acres on the top of Spring Mountain. The decision to buy what became Smith-Madrone Vineyards & Winery was based on what Stu knew and proved to be true — grapes grow well on mountains in hillside vineyards and make the best wines.

He was one of the first Napa winery pioneers with Smith-Madrone and back then Napa was a sleepy, rural town. Napa Valley wasn’t known for vineyards, but livestock, and those on Spring Mountain were growing grapes verses making wines. There were not great places to eat and there wasn’t a lot of technology, he told me. Robert Mondavi, Freemark Abbey, Chappellet and Christian Brothers were among those starting alongside him when the Napa Valley had less than 30 wineries.

People were also drinking differently. Cocktails and coffee were on the dinner table, not wine. Consumer tastes often led to jug wines on the table and there was not a quest to discover fine wine. But Stuart had a vision that great food and wine combined with better winemaking considering climate, soil, and an understanding of science, could change that perception.

So, he set out with a passion to become an artisanal winery making the best wine possible. He didn’t set out to own premium real estate valued for upwards of $400,000 an acre. His goal was only to find a site in the mountains of Napa Valley versus the valley floor, to make the elegant, balanced, European-inspired wines he enjoyed.

Smith-Madrone is a family-owned, boutique winery focused on estate vineyards on Spring Mountain. The vineyard elevations are between 1,300 and 1,900 feet above sea level and the soil is Aiken loam, a rocky volcanic soil. When Stu toured the property prior to purchase, he saw evidence of a vineyard planted in the 1880s that disappeared during Prohibition. The property on Spring Mountain was named after its predominant tree, the red-trunked Madrone.

The winery was named after the two brothers and the Madrone trees. Another point of resilience in the tough atmosphere are the 22 olive trees which have thrived for 120 years.

In a Zoom call back in 2020, Stu told a group of writers about how the winery had humble beginnings. Stu is joined by his brother, Charles who is the winemaker who joined in 1973, and Stu’s son Sam, who is assistant winemaker. In 1972, they planted five acres each of Cabernet Sauvignon, Pinot Noir, Chardonnay and Riesling. The varietals are all still grown, with the exception of Pinot Noir, which never fully lived up to the brothers’ expectations. Cabernet France, Merlot and Petit Verdot have been added. In 1974, Stu and Charles literally built the winery by hand using over a million board feet of wood.

In 1977, their first Riesling was recognized as the ‘Best Riesling in the World’ in 1979 at an international competition sponsored by Gault-Millau. French oak is used in winemaking except for Riesling.

When I attended the Wine Writers Educational Tours Conference in Napa, it was the Riesling, in a sea of great Napa reds, that was the standout during a tasting.

We talked about the many technological advances in both viticulture and enology. Learning by trial about spacing, row management, canopies, trellising, and replanting has provided knowledge about planting different vineyards to make better wine. And going from hand harvesting to be able to use a four-wheel tractor that can hug the mountain, saves time, and adds safety since this equipment is made for mountains. Mobile bottling and labeling were not predominant until the late 80s making the job faster and easier.

He also talked about how the vineyards have gotten healthier as they learned to make better wine. In Fall, the vineyards would churn red colors – that was not a sign that they were healthy. Dry farming has made a difference in a place that doesn’t get water.

Change is a Constant

Stu talked about the change going on in Napa Valley. He described it like an ocean – it may look the same, but it isn’t. “Every day the beach is changing, evolving and moving forward over time.”

Some of those changes are positive – like improved technology, industry knowledge, region changes, science, and sustainability efforts. And the opportunity for younger people to pursue an education in wine have never been stronger. But some of those change — like billionaires and corporations taking over family wineries has become overwhelming. Stu said it was like “the Renaissance in Italy – but not in a good way.” People are competing to own the grandest structure with the greatest architect and decisions are driven by ego and money of these lifestyle vintners. It is a quest to have the highest rated wine that all taste similar vs relying on the vineyards to produce the best wine.

And country politics make it tough. Stu talked about how climate change is a state, national and global issue that needs standards. “In the hills, we are forced to bear the burden and that’s not feasible for small winery. Growing grapes shouldn’t be governed by politics, and you can’t legislate your way to success,” he said.

His actions to change things are apparent. He’s been on committees for the Napa County Board of Supervisors, the 2008 General Plan Steering Committee and the 1998 Napa River Watershed Task Force. He was on the Board of Directors of the Napa Valley Land Stewards Alliance, which was instrumental in the defeat of the highly contentious Measures 0 and P, the agricultural lands preservation initiative.

On April 22, Lettie Teague recently reported in The Wall Street Journal, that the average price of a Napa Valley hotel room increased by a modest percentage each year between 2013 and 2019 (and dipped 21% during 2020), that average price soared 51% in 2021 over 2020. Her words, “I can’t help feeling that the region’s main crop is cash, not grapes,” resonated with many.

The wildfires have been devastating to California wineries and the Smiths’ proactively set a plan to defend their property against wildfires. In October 2020 they had to put that plan in action during the Glass Fire.

“It’s been a tough time for wineries and it’s hard to put a happy face on it,” he said. “What once was the prettiest road in Napa, now yields views of death and destruction. It’s a reminder of the devastation.”

In 2021, Stu and Charlie celebrated the 50th anniversary of Smith-Madrone. Over those 50 years the Smiths have come to know Spring Mountain well and the art it takes to master mountain viniculture.

While the anniversary gave Stu time to reflect on the great accomplishments of the last 50 years, it was a time of reflection on the future.

Stu told me, “Today, we have supply chain issues, drought issues, fire issues and political issues. In the wine industry, you must be a pessimist and an optimist. But I get up every morning and I see the redwoods starting to come back, and I continue to look forward to our next chapter.”