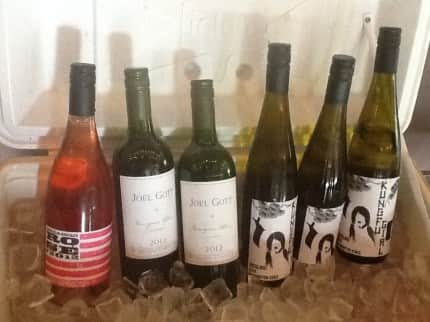 The invitation looked like a blast – a world tour featuring Joel Gott, Charles Smith and Charles Bieler at Lee Harvey’s with a rock band, tacos and summer whites and rosés.  But Mother Nature had a torrential rainstorm in mind for Dallas, so I pulled up to three very wet winemakers, a lot of wine industry folks huddled together, trays of Texas tacos and a day that was anything but summer. 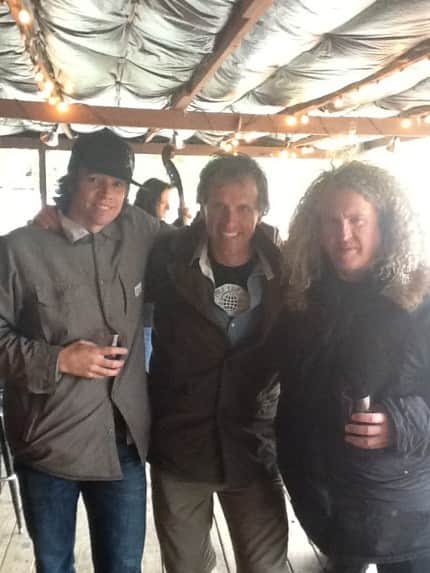 Smith, who I had the chance to first meet at the Wine Bloggers Conference 2010 in Walla Walla and then later at a Pioneer Event, talked about the six day, eight city and eleven event tour.  The other Texas stop in Austin and Colorado hosted some great parties judging from some of the pictures on Charles’ phone.  While I was there, I tasted his 2012 Kung Fu Girl Riesling, which was bursting with citrus like orange, peach, pineapple and lots of minerality.  There’s a reason why this wine continues to get kudos from the critics.

I also had the chance to talk with Joel Gott, who I had briefly met this spring at the Festa Primavera St. Helena Montessori School Auction.  I have always been a fan of his wines and the 2012 Joel Gott Sauvignon Blanc did not disappoint.  Big notes of island fruit, citrus and great acidity make this a nice summer sipper.

I didn’t get a chance to talk to Charles Bieler, but his 2012 Bieler Père et Fils Rosé was a nice French style wine with notes of raspberry, strawberry and notes of lavender.

Even though the weather was a severe buzz kill, these guys know how to have a good time and made the best of what could have put a damper on the day.