Weaving the Fabric of Texas Wines 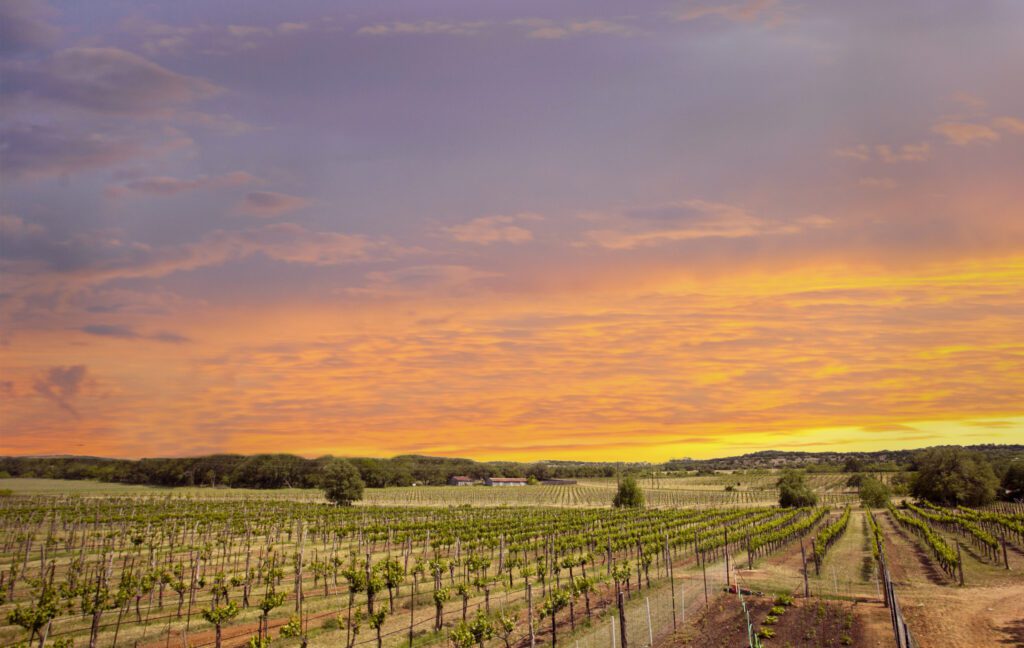 Back in the early 90’s, I did PR for a restaurant group. One of our ideas was to do a customer bus tour of Texas wineries. The general manager planned all the logistics and I showed up to help keep things on track. The bus got lost, the guests were unhappy, and we kept trying varietals that were sub-par to say the least. It wasn’t a great day for either the restaurant, the guests, or the Texas wine industry.

I’ve lived in Texas now for close to 20 years and the evolution of what I remember tasting then and now is mind blowing. When I was recently on a call with four winemakers currently changing the perception of Texas wines, I had to ask – Did they feel that the early versions of grapes like Cabernet Sauvignon and Chardonnay out of Texas hurt the reputation and willingness for consumers to try their wine today?

And the feedback was surprising. Winemaker Dave Reilly from Duchman Family Winery got the undertone of what I was asking. “I see it as the ten-year rule (it takes a consumer ten years to try a wine again if they’ve had a negative experience). Well-known grapes like cabernet sauvignon and chardonnay weren’t working well in the 80’s, then consumers tried again in the 90’s with the same result.”

Julie Kuhlken, co-founder and Chief Marketing and Hospitality Officer of Pedernales; Ron Yates, co-founder and Chief Marketing and Hospitality Officer of Spicewood Winery and Jennifer McInnis, General Manager, Bending Branch Winery, all gave different perspectives, but agreed the grape has made great strides — there just isn’t enough of it out there. First, you have the heat of the Summer, freezes, crazy storms and even a tornado. It’s a challenging climate and while Texas is the size of France, the number of vineyards is much smaller. The better-known grape producing regions are the Texas High Plains and Hill Country.

Ron talked about the caliber of Cabernet today and the ability to “knock perceptions and get people to return.” He talked about his experience of pouring and changing minds. And the difficulty of markets like Dallas to get people open to experience. The good news is that there has been a change and Dallas subscribers to the wine club have grown from 16 to 27 percent since the pandemic.

But it’s an uphill battle as many of these wines don’t get widely distributed. And there’s a perception that Texas can only grow Mediterranean grapes. Yes, Texas does those well (Roussanne, Tempranillo), but the right winemaker can make good wine in varying climatic conditions. And then you have the problem of finding true Texas fruit.

Cabernet Sauvignon is well known from regions like Bordeaux and Napa who have their own distinct style. It’s a legendary grape that can age and has a distinct profile. Is there a Texas cabernet style that shows the character of these vineyards? From what I have tasted, there is an evolution and the winemakers confirmed how much the vineyards matter.

The Texas wine industry has come to a point of figuring out it has a focused story to tell, and the wines and people can collectively help bring that story to life. One that talks about history, grapes, people, and terroir. There are organizations like Texas Fine Wine, a privately funded marketing initiative representing four of Texas’ most distinguished wineries: Bending Branch Winery, Duchman Family Winery, Pedernales Cellars and Spicewood Vineyards. They produce benchmark wines from Texas grapes.

The question that I get the most is how do I find these wines? The usual answer is that you must acquire them individually through the wineries, but Texas Fine Wine is offering a 4-bottle holiday pack of wines so you can try a curated selection for $125.

Here’s the line-up we had and a brief overview – a mix of Old and New World styles.

• 100% Roussanne with notes of white flowers, pear, pineapple, lime, stone fruit and minerality. I wrote about Roussanne last week and it seems like this is becoming an important Texas white grape and a flagship white for the winery – especially since it is the only white wine that survived the last two Texas weather events.

• A blend of 73 percent Tempranillo, 12 percent Touriga Nacional and 11 percent Graciano with notes of black currant, blueberry, black cherry, and vanilla. Julie talked about how this was becoming the winery’s flagship wine and was made in an Old-World style. She mentioned how they chose to expand the Tempranillo vineyard vs focusing on competing with Cabernets from California. She encouraged those who haven’t tried Roussanne, Viognier and Tempranillo to give them a try.

• Blend of Cabernet Sauvignon and Merlot with notes of black plum, black cherries, spice, and chocolate. This wine was first produced from 8 barrels purchased of Cabernet, Merlot and Cabernet Franc in 2010 and the quality surprised the whole team. That’s why they decided to bring the wine back and its only because they found a vineyard with the quality to recreate it.

• 100% Cabernet Sauvignon with notes of cherry cola, Asian spice, and cloves. Jen talked about the unique process of making this wine. It’s a mix of cryo-maceration, a technique to improve the extraction of color, flavor, and tannin from the skins of red grapes, and Flash Détente where the grapes are heated, pumped into a vacuum chamber and flash vaporization occurs bringing together the fruit and tannins. It’s a big Cabernet with some age ability with some of oldest vines in Texas.

Clearly, the industry has chosen that Texas will be known for making wines that can compete on a world stage by expressing fruit and terroir. The question is not how to define one Texas varietal, but how to express the best express diversity, character, balance, fruit, and terroir.