After the fun pre-trip to Salem, our bus pulled up for the long awaited start of the Wine Bloggers Conference, but not without a lung stopping beginning.  All the rooms at the Doubletree were deemed non-smoking except for the non-compliant guest that stayed our room prior to our arrival.  I went up to the room first and Liza, my roommate, generously offered to get the wine we had stored with the bellhop.  I walked into the room and the wall of smoke hit me.  I called down to the front desk, but when Liza walked in and saw me standing by the open window with the patio window open thought she had busted a closet smoker.  The Doubletree quickly moved us to another room and generously hauled our stash of wine to the next place. 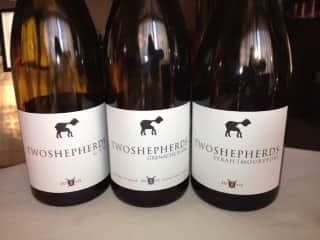 We started our day prior to the conference with a long-awaited tasting of Two Shepherds Wine, which is owned by my friend, William Allen (a.k.a Wine MacGyver for his endless supply of wine glasses and accessories at previous conferences).  Many of us who write about wine dream, “If Iever make the jump into the wine making world, would I have what it takes?” – and knowing that William has a job as encompassing as mine as a software sales executive – I am incredibly impressed.  His premise is to make Rhone varieties that reflect their sense of place and shine when blended.

We started with the Two Shepherds 11 Grenache Blanc, which tasted of melon, citrus and lemon with some minerality on the end.  Then we tasted the 11 Viognier with a floral nose, but with nice acidity.  Our next stop was the 11 Pastoral Blanc, which was a blend of Roussanne, Marsanne, Viognier and Grenache Blanc, with notes of citrus and pear.  This wine begged for some king crab.  We tasted the 10 Syrah/Mourvedre blend with lots of berry and pepper and then a barrel sample of the Grenache.  One word – wow.  Based on what I tasted, I can say with certainty that you will be reading about Two Shepherds very soon – get on the list now because this is truly a small production winery destined for very good things.

We stopped by the welcome session, which was hosted by the Oregon Wine Board, and were given a snapshot of what we had to look forward to during the week and served as a long-awaited reunion of bloggers. 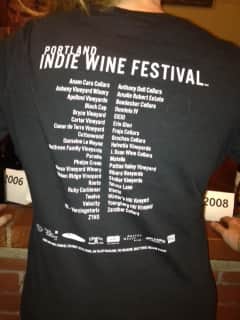 That night, we were invited to an intimate event to get a glimpse of Oregon’s wine history featuring 02-08 vintages from past years of the Portland Indie Wine Festival with some wines from some of Oregon’s top winemakers. The 5-year-old festival, which is on hold this year, but is sure to be back in 2013, is a project that brings together up and coming independent wine producers with music and food.  We were picked up by the good people of Watershed and brought to a “speakeasy” bar at Portland Wine Storage.  The vibe was cool, the wines were great, the change during the different harvests (lots of rain in 2004 for example vs. the coolest season on record in 2008) and it was fun to sit one-on-one and talk to winemakers from Harry Peterson-Nedry from Chehalem, Lynn Penner-Ash from Penner-Ash and Ben Thomas from Montinore.  And then it was 2 a.m. – welcome to the reality of the Wine Blogger’s Conference…. 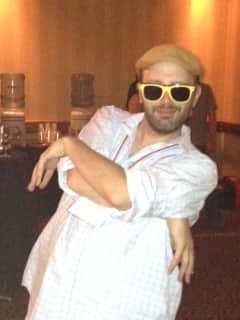 I’m not going to give a moment by moment recap about the event because there are some really good ones already out there such as Randall Grahm’s speech by Ben Simons or the great write-up of the “Ready, Fire, Aim” live wine blogging by Winemundo. 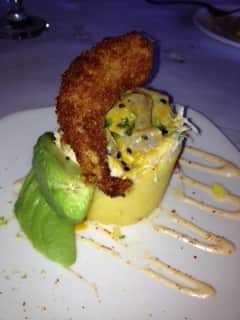 But, I will mention the wheels off lunch that I had with David Honig and Liza at Andina, the best Peruvian restaurant that I have ever tried.

In the afternoon, we were marched out to buses where we randomly selected our wine region tour for the duration of the evening.  We totally scored getting one of the best tours with a group of people whom I absolutely adore.  Zephyr won’t tell you where you are going until the bus is moving so we were very excited to hear that we were going to Carlton, “the wine Capital of Oregon.”  Thanks to Mary Cressler and Thea Dwelle’s invitation in 2010, I had the chance to get to know Amy Wilder and Lynette Shaw during my last trip to Oregon when Amy introduced me to Voodoo Donuts and Lynette introduced me to Willamette Valley.  A friendship was quickly born. 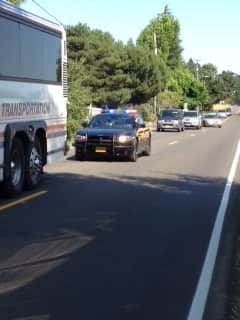 About 40 minutes into our journey I spotted a police car on the side of the road with a male and female officer in the car.  I made a comment to my seatmate right as the lights were turned on in the police car.  An officer boarded the bus and told us we needed to disembark due to a “situation,” which turned out to be a brilliantly executed PR ploy. 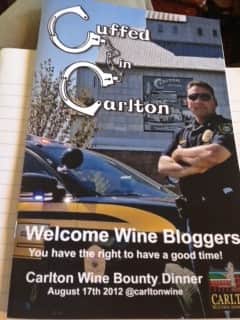 And, so we began our #cuffedincarlton journey.  What the officer, who turned out to be the chief of police, did not bank on, were the comments about his attractiveness.  Female bloggers, thinking that perhaps he might be an actor or had a side job in Magic Mike, had fun writing about him.  Sorry Chief Kevin. 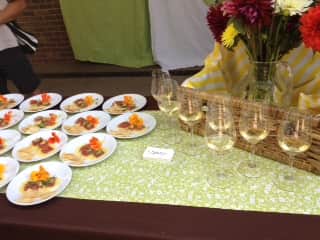 We stopped at the lovely Carlo & Julian winery where we were served 09 Albarino that was flinty and perfect for the hot weather – especially with the tuna and three pepper sauce that was served with it.  We walked to the vineyards where we had a beautiful cheese and bread plate served with the 09 Tempranillo.  I was surprised to see these two wines in Oregon, but they were tasty and made Joe ponder. 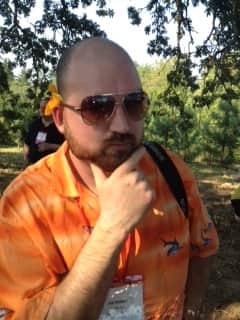 We then met Ken Wright, one of the father’s of Oregon wine, who talked about the geography of Carlton and Yamhill.  I’ll talk a little more in detail in a later post, since we were lucky enough to spend the morning with Ken on a post conference visit.

Our dinner stop was at Cielo Blu and once again we had no idea what was waiting for us.  Imagine a room packed with “evidence” against us with the top chefs in Carlton and the top wineries ready to match a nine course meal with 26 of the region’s best wines.  Mary Cressler and I decided that we had to try everything and gamely set out to keep our palates sharp and our sobriety up.

Our first course “or Evidence No. 1” was Chinook salmon from Pacific City cooked on a traditional Salish bake, which was an alder wood frame over an open fire by Chef Jeff Lorton from Valley Emporium.  We got to sample the 2011 Youngberg Hill Aspen Pinot Gris, the 2009 Noble Pig Pinot Noir, the 2010 Omero Iliad Pinot Noir, the 2010 Alexana Revana Vineyard Pinot Noir and the 2010 Ghost Hill Pinot Noir Blanc.  It was hard to choose a favorite, but I really liked the 2011 Youngberg Hill Pinot Gris as the match. 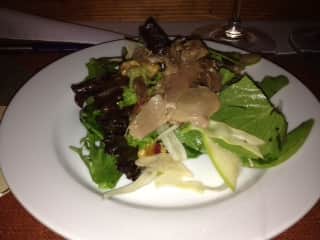 Our second course “or Evidence No. 2” was a duck confit salad with apple, fennel, candied nuts and an orange balsamic dressing from Chef Chloe Couchee from the Horse Radish.  We tried the 2011 Omero Pinot Gris, the 2011 MonksGate Rose of Pinot Noir, the 2008 Mouvance Pinot Noir Julon Vineyard and the 2008 EIEIO Pinot Noir. 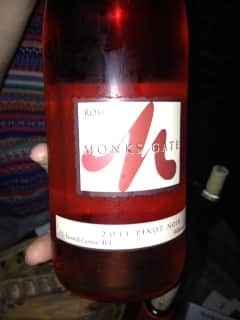 I liked all of these wines, but have to give a shout out to MonksGate for making the first and only rose that I have ever, ever, ever liked.  For those of you who know me, this is an accomplishment equal to pigs flying.

I abstained from the third course “or Evidence No. 3,” which was a Carlton Farms pork loin stuffed with herbs, garlic and onions served with Northwest Succotash from Chef Gilbert Henri of Cuvee, because I am allergic.  I have to say the people in Carlton love their pork, but see more about that later.  Our wine choices were the 2011 Troon Vineyard Vermentino, the 07 MonksGate Pinot Noir, the 2010 Alexana Revana Vineyard Riesling and the 2008 Youngberg Hill Jordan Pinot Noir.  The favorite pairing was the 2010 Alexana Revana Riesling, which surprised me as I thought it was destined to be a Pinot Noir.

Our fifth course “or Evidence No. 5” was a grilled flank steak with blue cheese butter and peppered D’affinois mashed potatoes from Chef Sean David from The Horse Radish.  This was served with the 2010 Seven of Hearts Grenache, Syrah and Mourvedre Cuvee, the WildAire Cellars Tempranillo (no year given) and the 2009 K&M Alchemy Cuvee Pinot Noir.  My favorite was a tie between the 2010 Seven of Hearts and the 2008 K&M Alchemy.

As if we hadn’t had enough, it was time for a cheese plate served with the 2010 Mouvance Pinot Gris and dark chocolate currant-cabernet ganache made by Dana Dooley with Honest Chocolates served with the 2005 Spofford Station Estate Cabernet Sauvignon and 2009 Troon Vineyard Meritage.  Yum! 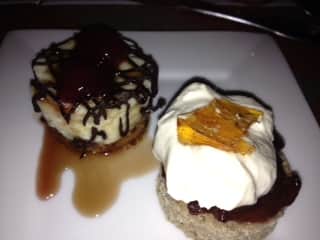 Then, the desserts from Chef Amy Wilder, Republic of Jam, a cardamom cake with port preserved plums and dulce de leche cream with the 2010 Seven of Hearts Pinot Noir Coupe’s Cuvee.  Andone of the best desserts that I have ever had, the chocolate blue cheese cheesecake with cherries preserved in balsamic syrup served the same wines matched with the chocolate.  After we experienced every single bit of hometown hospitality in Carlton, we rolled (pun intended) on home.

Perhaps my plan of moderation didn’t work (ya think…?) My apologies for starting the return sing-a-long on the bus home, but at least I kept it to show tunes and bad songs from the 70’s and 80’s.  Most of the people on the bus still talk to me, so that’s a good thing. 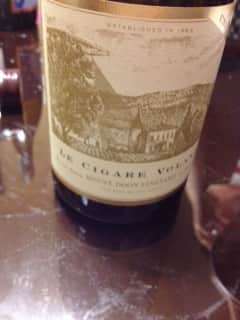 The reality at this point is that you should be done, you should go home, you should get some rest.  But, the post parties were just beginning.  We had the night of Many Bottles, where bloggers brought some of their favorites to share and there were hopes of a dance party (my contribution: 2 drained, one corked); a special tasting of Randall Grahm wines; the bubble and champagne lounge by Pernod Ricard and a few other late night happenings in which bloggers shared some of their favorite wines with a smaller group of people.  After making the rounds, I showed some restraint about 1 a.m. and retired fat and happy knowing I’d be running in the morning, which was not a a fun reality, but necessary with the food/wine consumed.