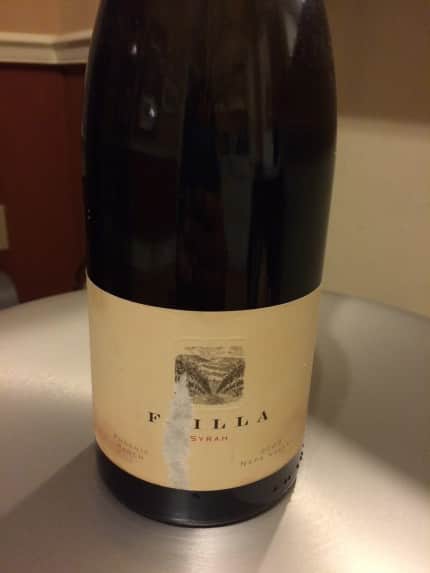 My love for Ehren Jordan’s wine began with a yellow balloon tied to a non-descript mailbox in Napa Valley.  We were tasting at another winery when I asked my paradoxical question – “if you weren’t working here, what is the first place that you’d stop and taste the wine.”  That brought us to his newly debuted Failla Winery, which was so new it was still unmarked except with that yellow balloon, where I had an amazing conversation with Jordan.  We talked about his vision, why he made the wines he made and the importance of boutique, small production wines.

Fast forward about seven years later and I was invited to an online digital tasting with Jordan and Bernard Hickin, Jacob’s Creek Chief Winemaker from Barossa to taste the newly debuted Two Lands label.  The two winemakers created a cross-collaboration combining the boutique wine experience at a price point not normally delivered under $14.

Jordan talked about combining, “California craftsmanship with Australian character to create a depth of experience.”  He also discussed how he was blown away when he visited Australia for the first time after having several members of his wine team talk about the great experience they had working on the region. 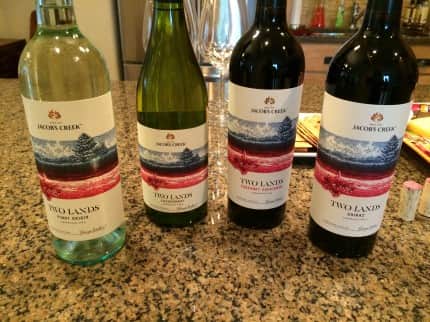 We tried four wines in the line-up and I fell in love with two.  I am usually not a Pinot Grigio fan, but the 2013 Two Lands Pinot Grigio has notes of stone fruit, red apple and acid that gave it a nice balance.  The 2013 Two Lands Shiraz was delicious with notes of blueberries, cocoa, herbs, black cherry and chocolate.

These two value wines bring together the best of both worlds at a price point that makes it easy to afford.