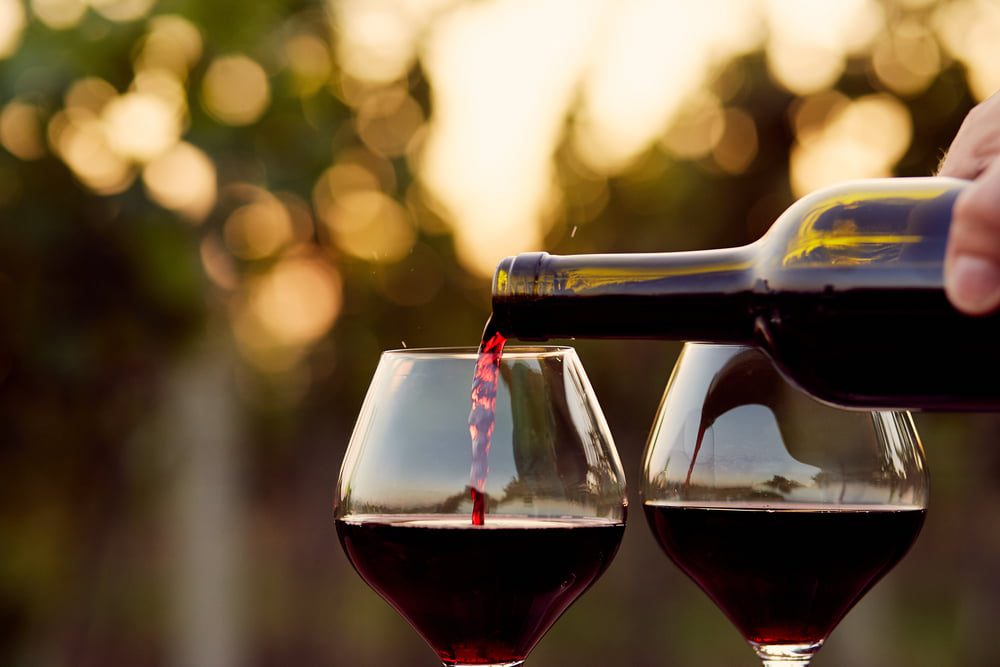 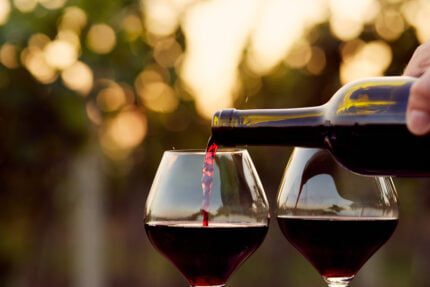 There’s No Headache Like a Turley Headache – Turley wine

It’s the most wonderful time of the year for wine club.  The annual Turley wine tasting.  This year, the ante was upped as the hosts decided to do a vertical tasting of the Haynes and Old Vines Vineyard wines.

We started out civilized enough. The way that our wine club works is that one couple is responsible for the food and one couple is responsible for the wine.  It was our turn for food, which meant that as a non-cook I was of no use to my husband other than arranging cheese and appetizers.  He made mushroom risotto; lamb and feta meatballs in a homemade red sauce; pulled pork and we picked up a sundried tomato, spinach and feta pizza from Whole Foods.  Another wine club member with great baking skills brought the dessert.

The two wines that greeted us when we walked into the door – yes, they were good enough to greet us – happened to be a 95 Ornellaia and a magnum of 97 Sequoia Grove Cab.  Three words – Oh. My. God.  Fabulous.  Truly an old world wine vs. a new world wine.  I ended up “old school” in my preference.

Our first vertical flight was of the Turley Haynes Vineyard – 01, 04 and 06.  To me, this was the flight where you could see the development of Turley in the bottle.  They all had the trademark Turley nose, the Zin kapow and big fruit flavors.  With the 01 Turley, the fruit was much less forward and while it was unmistakably Zin, it was much more balanced with big plum flavors and notes of cocoa.

The 04 had lots of cherry, liquorice and terrior.  It was much more in your face than the 01.  I heard a great analogy about the 06 – drunken cherries with spice.  So appropriate.  This one needed much more time in the bottle and was the quintessential fruit bomb.  We opened this one way too early – especially as compared to the others, which still tasted young.

As we moved to the next tasting, the conversation got more and more interesting.  It’s amazing what several wines with 16 percent plus alcohol content can do to derail civilized conversation.  But,  since we all have careers beyond our wine passion, I will save that for story for another time and appropriate place better not captured in print.

We first tried the 01 Old Vines Turley and I found it not to have the complexity of the Hayne.  Big taste of blackberry, terrior and pepper.  I thought it might be a little past its prime.  The 05 seemed a little restrained for a Turley.  Big fruit flavors, but with a balance that usually isn’t found in a young Turley.  The 06 Old Vines Turley was almost chewy with big berry, pepper and spice.

Because we needed more wine, we tried the 04 Tofanelli Charbono.  I love Charbonos and this one was big.  Black currant, blueberry, spice and cedar all were well balanced.  Next up was the 04 Turley Estate Petite Syrah.  This one that needs to spend much more cellar time, but the big berry flavor, the minerality and smoke made me very curious to try it in another ten years.  The 04 Turley Rattlesnake Ridge Zin had the unmistakable taste of Howell Mountain terroir (it’s grown on volcanic soils), but the cherry flavor was well balanced.

At that point, our camp was divided.  There were no real winners or losers.  We agreed to disagree on our favorites and declared that this was a theme that we needed to keep for 2011.  I, for one, look forward to the food, inappropriate conversation, the “day-after” recap emails and wine-fueled bravado as much as I look forward to the tasting.

I summed it up the next day, “there’s no business like show business and there’s no hangover like a Turley hangover.”

Next stop is the Grand Tasting at the Women for Wine Sense event that begins on Friday where I promise that I will behave myself much more than I did on Saturday night.