The Summer of Italian Wine: A Conversation with Mauro Merz

I talked last week about the Italians converging on Dallas to make sure that we know just how great their wines are.  When I received an invitation from Banfi to meet Mauro Merz, the head winemaker from Fontana Candida, I was intrigued.  This was part of a bigger effort in Texas and Chicago, two top wine drinking markets.  Because Merz speaks no English, we had an awesome translator who somehow seamlessly pulled off near simultaneous translation.

If you remember the Riunite on Ice commercials of the 70’s and early 80’s and saw your parents proudly serve Riunite along with Cold Duck, you may also have tried the substandard Frascati that hit many American’s tables along that timeframe.  While neither wine is associated with Frascati, it was in the same category of a “wine that lost its soul.” 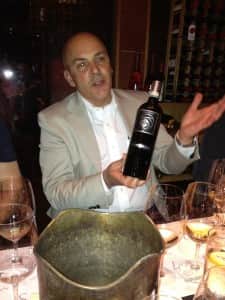 Frascati, once known for producing delightful crisp white wines, suffered the fate of Chablis and Merlot with an overabundance of over production resulting in a lot of bad wine that hit the market.  Fast forward several years later and Merz, the unofficial ambassador of Frascati as well as the largest producer, is a man that is committed to fixing the errors of the past and making Frascati great again within his region and in the eyes of the public.

To address the skepticism and initial quality issues, Merz was the first to work with farmers and growers in the region to ensure strict quality standards for the grapes.  The grapes are grown in volcanic soils located near Rome and have been a staple of Roman culture for almost 2,000 years.  Merz is the only producer that uses cold filtration and cold bottling.  This wine has a place in history – from popes to everyday folks – Frascati was a wine of occasion and celebration. 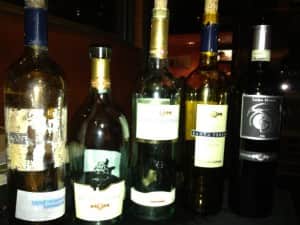 Believe it or not, we tried a vertical of Frascati with some vintages ranging from 1997 to 2011 (not consecutive years).  Here’s what I found:

Our next flight was of Luna Mater, which began production on the 50th anniversary of Fontana Candida.  The wine was bottled with a mind toward tradition, but using the right technology to make the right wine.  We tried the following:

Merz talked about what Frascati needs to do to get back to its rightful place in wine history, “we need to make sure we tell the story of the wine’s sense of place, its role in the history of wine dating back to the Romans and continue to encourage the Frascati winemaking revival.”  He believes, as the largest producer of Frascati, he has a responsibility to lead this effort.  Small producers are now following and he hopes other wineries and growers will follow suit.

He loved the reaction of our group who didn’t expect the wines to be good.  The faster people taste, the faster they will discover a little known crown jewel from Italy.

3 thoughts on “The Summer of Italian Wine: A Conversation with Mauro Merz”