The Dalmore Made Me Do It: How I Became A Scotch Convert 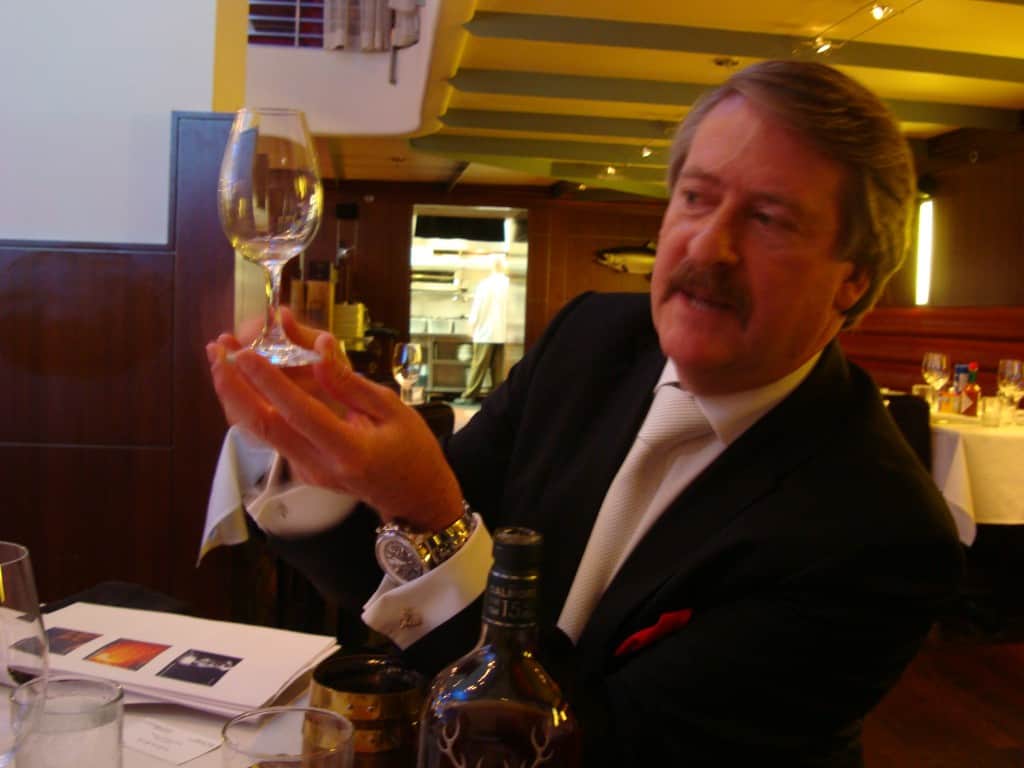 When I received the invitation for The Dalmore event, billed as one of the most expensive whiskeys in the world, I pondered if I should attend. My drink of choice is wine and I thought that the nuances of scotch with its peaty nature and “the hair off your arm” throat burn might be lost on me.

But the chance to meet Richard Paterson, a man known as “The Nose” and the master blender for The Dalmore along with the chance to drink the “crème de la crème” of scotch intrigued me.  Maybe all of this wine tasting would make me develop a new appreciation for this boy’s club spirit?  So I gave it a go.

With a ton of energy, an almost uncanny grasp of history (dates, names, places), a sharp sense of humor and a mesmerizing Scottish accent, Richard talked about how these are whiskeys that are meant to be savored and not knocked back.  These scotches, like fine wines, are meant to be respected and savored.  I can’t tell you how many times I’ve opened a special wine to watch people drink it like Kool-Aid.  Let’s just say that when this occurs, the second bottle that I open is something drastically different.

The Dalmore Distillery has been producing a range of high quality single malt whiskies since 1839 and, for almost a century, was owned by the Clan Mackenzie. The clan’s royal stag’s antlers – taken from the Mackenzie family crest – still adorn every bottle of The Dalmore.

The distilling and blending process, which is defined as “the art of The Dalmore,” is defined by four steps and reminds me a great deal of how good wine is made:

Hmmm.  Was thinking I might enjoy this a little more than I first expected due to the wine making similarities.  And, ironically this whiskey came to the market when dreaded phylloxera (a disease known in the wine making world) hit cognac, which was the drink of choice, and people needed a new option.

Richard talked us through the tasting process – swirl, smell from left to right from one side of the glass to the other and then the sip.  The scotch should hit the middle of the tongue first, then underneath and then the back, which is about a 15 second process, and then you swallow. 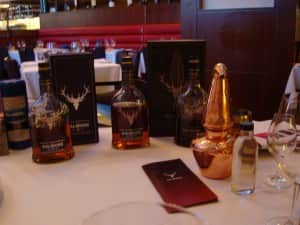 We started with The 15 and I got honey, chocolate, mascarpone, spice, orange marmalade and honey.  I was shocked as I never thought I’d get these flavors and balance, but was surprised to hear that this blend included Matusalem, Apolstoles and Amorosa Sherry from Jerez de la Frontera.  This retails for about $75 a bottle.  Our next tasting was The 18, which also uses 100 percent Matusalem sherry, and retails for about $150.  I tasted crushed almonds, spice and coffee.  Richard suggested trying this whiskey with a great coffee and chocolate for a decadent after dinner experience.

Our grand finale was the King Alexander III, which was the pinnacle of our tasting.  This was a blend of the best French wine, Madeira, sherry from Jerez, Marsala, port and small batch bourbon.  And wow – tropical fruits, vanilla, cedar and black currant made this unbelievable. 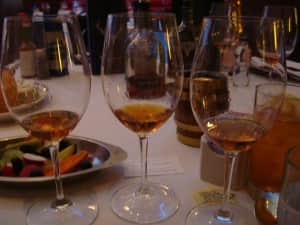 It’s official. I am a scotch convert. The Dalmore made me do it … unfortunately the prices rival the finest wines, but this is a tasting that changed the way I look at scotch forever.