The Best Party that Almost Wasn’t: A Night with Lindsay Hoopes 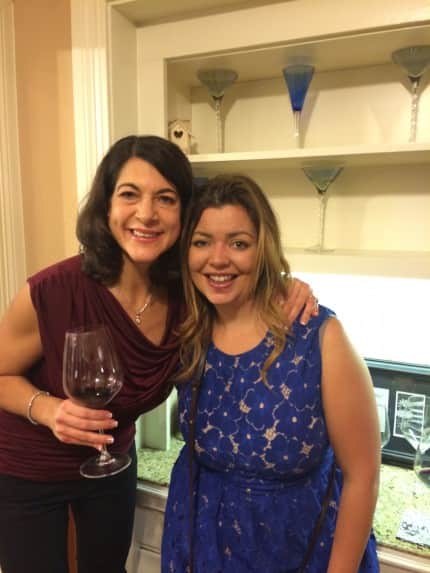 Me and Lindsay Hoopes

I had the opportunity several years ago to sit down and meet Lindsay Hoopes, the second generation leader of Hoopes Vineyard and Liparita wines as well as a former homicide prosecutor in San Francisco.  Lindsay was scheduled to come back through town and had tentatively scheduled an informal party at our house, but had a pretty bad fall where she broke her leg.  I was impressed by Lindsay’s focus and drive when I first met her and should have known that she’d find a way to make it through a grueling week in Texas, wheelchair and all.

This was almost the party that wasn’t.  Lindsay had sent 20 plus bottles to our home and we kept getting UPS delivery slips while we were at work.  I had a long week at sales kickoff for my paying gig and had to stay a few nights at the hotel where we scheduled the event.  My Friday in the office was crazy with people from all over the world who wanted to meet, so I just made the judgment call that I’d pick up the wine from UPS on Saturday.  I called my husband and he said, “are you sure that UPS will be open Saturday?”  I answered of course they would.  Luckily he checked.  And they weren’t.  So the wild goose chase began against time to grab the wine before UPS closed for the weekend. 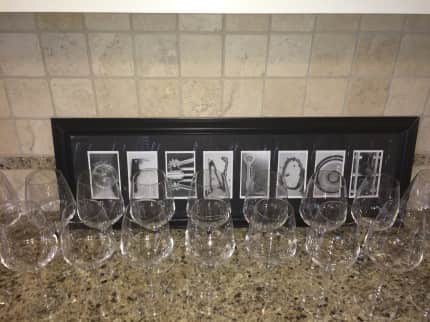 I grabbed a very small group of wine lovers, who were up for the task of consuming the 20 plus bottles, because that is the kind of friends I have.   Lindsay told the story about her entry into the wine business and the how she was severely underestimated by many of the distributors.  I loved her quote, “I had to sell prison sentences of 20 years to life – this was nothing.” 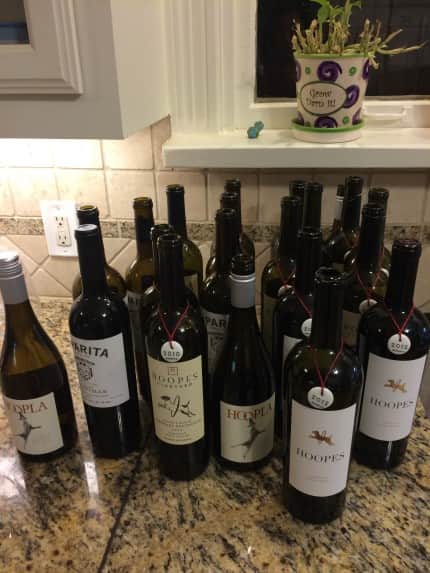 She talked candidly about how she decided to enter the family business when her father, Spencer Hoopes, became ill (the good news is that he recovered).  Spencer originally was a grape grower and decided 15 years later to make his own wine.  The focus has been on classic cabernets that capture the best of old world techniques and the new world of Napa fruit.  “I built a career, but it was time to come home to my family business.”

Anne Vawter, the former protegee of Heidi Barrett, took over as winemaker with the 2012 vintage.  I also learned that Hoopes Vineyard boasts the oldest surviving set of vines in Oakville.  We drank some amazing wines.  We started with the 2013 Hoopla Chardonnay, which was a lovely white full of citrus, tropical fruits and minerality.  We moved to the 2012 Liparita Cabernet Sauvignon, which boasts a great story and a storyline that dates back to 1900. The winery, which was purchased in 2006 by Hoopes, boasts winning the Judgment of Paris in 1900 until it disappeared due to Prohibition.  We then tried the 2006, 2010 and 2012 Hoopes Vineyards Cabernet Sauvignon, which was beyond amazing – each and every one of them. 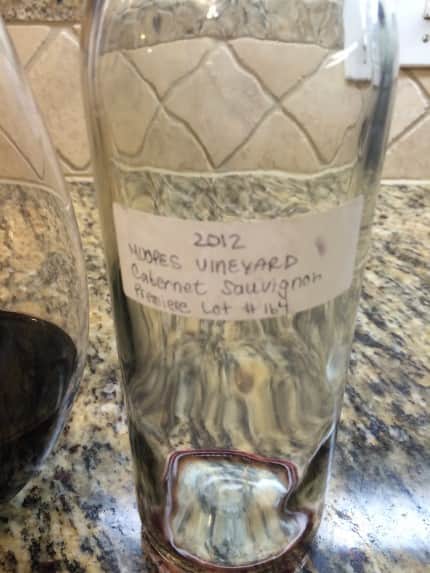 Our night ended with a very special treat that Lindsay had in store for us.  We became the only consumers in America to try the 2012 Hoopes Vineyard Cabernet Sauvignon that was especially bottled for the Napa Valley Premiere Auction (#164 to be exact).  Last year, HEB bought the lot for $1,000 a bottle.  Absolutely gorgeous and what a special experience for Lindsay to share with us.