Temecula: An Up and Coming Region With A Story To Tell 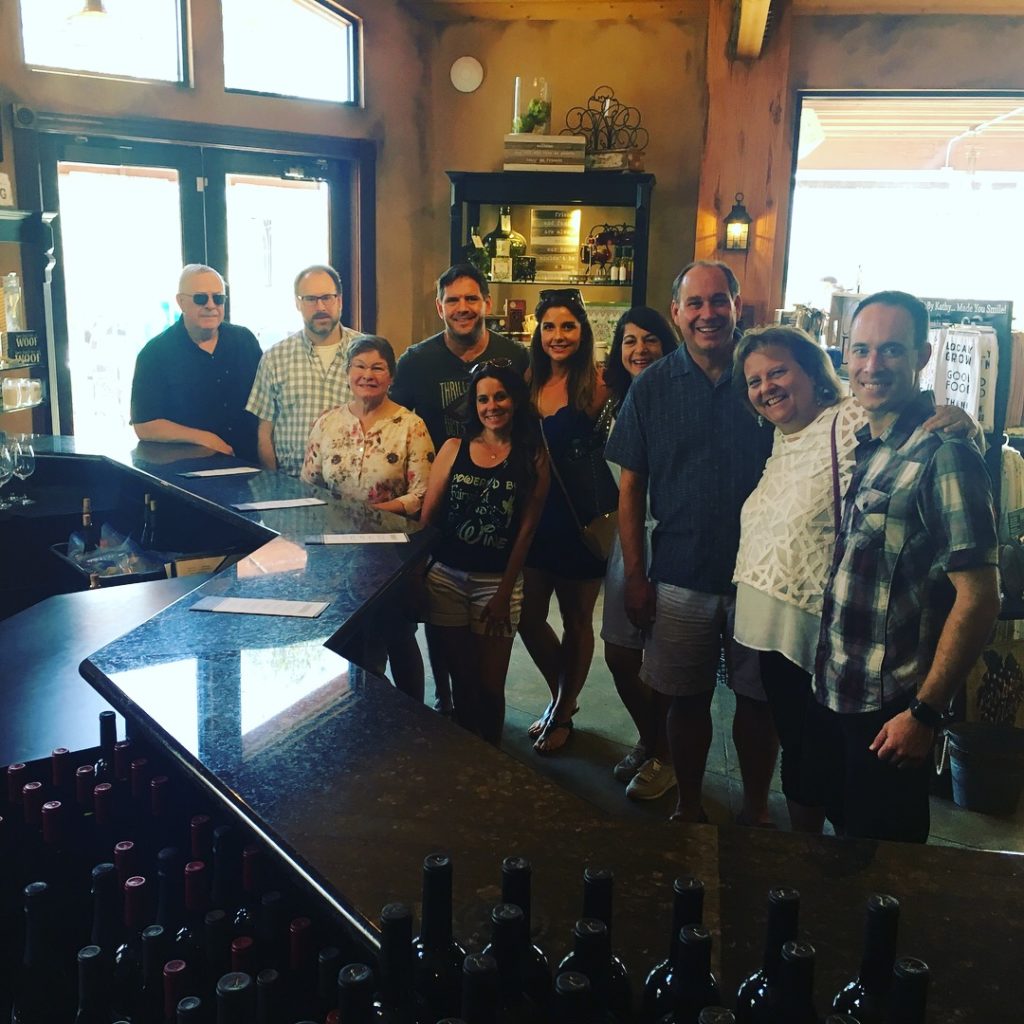 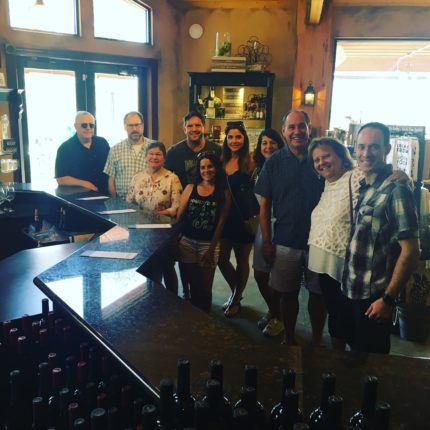 About Half of The Family in Tasting Room Mode

Each year, my extended family takes a trip for a family reunion.  This year our trip was to San Diego, which gave us the opportunity to spend some time in the Temecula wine region located less than 60 miles north of San Diego.  My cousin, Valin, and his wife, Diane, live in San Diego and have embraced the wine community and jumped at the chance to serve as our guides for the region and to show us their favorite places.

It is rare that someone else does all the legwork on a wine trip, unless it is a hosted trip, so I sat back and enjoyed the ride.  The Temecula region is covered with rolling hills with vineyards and gorgeous mountainous views.  From what I saw, it’s still primarily farmers and family owned vineyards, but you can tell the landscape is beginning to change with the bigger money families starting to enter the market.

The region is known for over 50 different varietals of wine and was revitalized in the late 1960s.  The AVA was established in 1984. 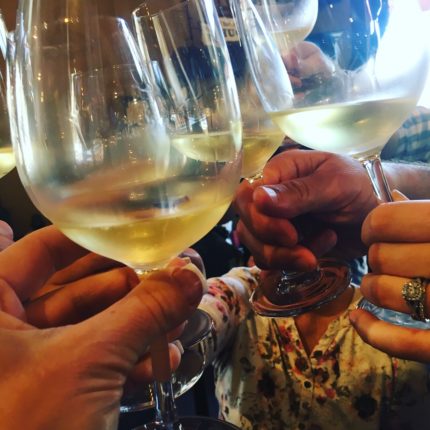 We visited a few wineries, but I had two favorites that I’m going to mention.  Our first stop was Leoness Cellars where Jesse Steyn, the assistant winemaker, took us through the vineyard and then through the barrel room where he told us the full story of the winery. 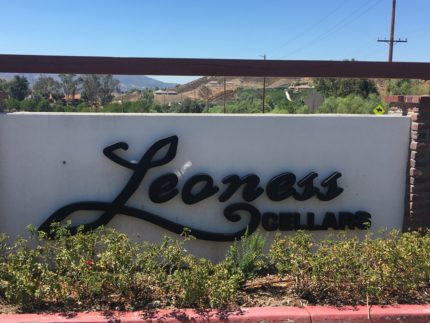 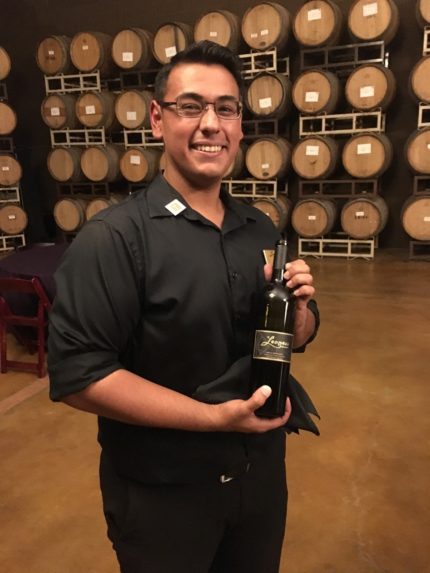 The word Leoness, means the “village of dreams,” and is the owner’s vision to bring that to life making world-class wines from the Temecula Valley.  Gary Winder, was a farmer in the 1970s of citrus and avocados and joined with Mike Rennie in the 90’s to begin farming grapes. 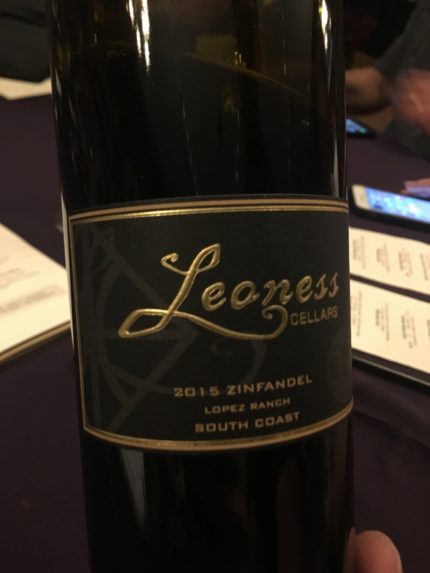 In 2002, they started Leoness Cellars on 20 acres in De Portola with a focus on cabernet sauvignon.  We tried sparking brut, viognier, mélange de raves, meritage, syrah, grenache, zinfandel, cabernet sauvignon and port.  Overall, I was impressed with the quality of what was in the glass.

We then moved on to Doffo Winery.  The winery was founded in 1997 by Marcelo Doffo and is built around the former site of a historic landmark schoolhouse.  Marcelo selected the site because it reminded him of a school he attended in Argentina. 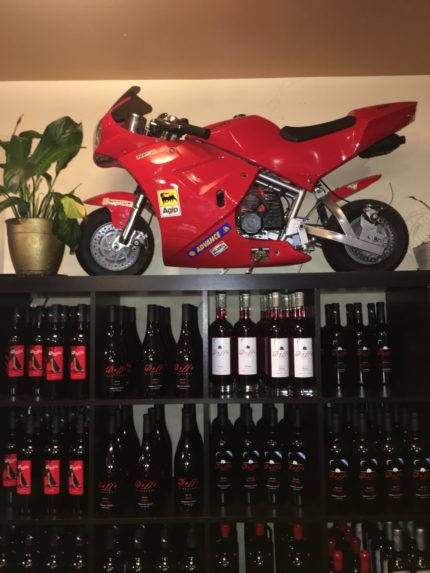 The winery is located on 15 acres of vineyards, and contains vintage scooters and more than 100 racing and vintage motorcycles from the family’s private collection. 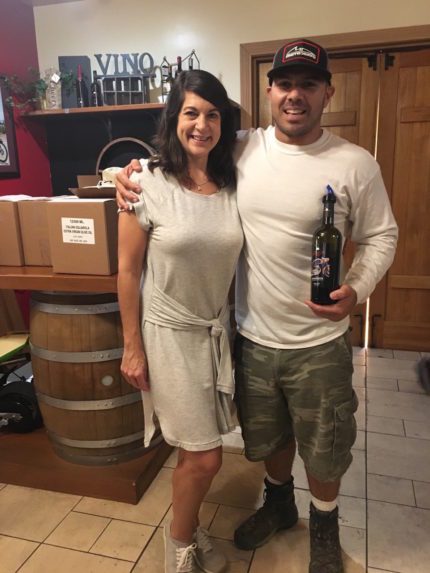 Doffo is focused on small lot, limited production wines made in the old-world style.  I had the chance to talk to Damian Doffo, who recently took the helm when his father, Marcelo Doffo, retired.

As you walk through the winery and look at the bottles, you see that design is important.  The Doffo’s worked with designers in Verona, Italy to create several of the bottles to make sure that they are unique and different.  As you look at the bottles of their Syrah Reserve, you see the packaging is like no other wine you’ve seen.  My picture doesn’t do it justice, but the bottle lies at a 45 degree angle.

The family has been making wine for generations.  The Doffos were Italians who immigrated to Argentina in the early 1900’s.  Marcelo’s grandfather, Bernandino, settled in Pampas, Argentina where he grew wheat, corn and raised cattle.  Marcelo was raised on that land which is where his dedication to farming began.

He immigrated to the United States when he was young.  In 1985, he visited Turin, Italy and found his great uncle was making estate wine.  He came back with a quest to do the same.  In 1997, he was awarded the silver medal from the Orange County Wine Society, and that’s where the dream began.  He purchased the Doffo property and began hand preparing the vineyards and planting his first crops, trellises and irrigation lines.  His first harvest was in 2002.  In September, Marcelo had a heart attack and Damian was called out of college at the age of 18 to come work the harvest.  The family had to take another leap of faith a short time later and take out a $15 million line of credit knowing that the wines they made were of great quality the consumers would come.  Thankfully they did.

The Doffo philosophy has been that good winemaking begins in the vineyard and that it all begins with the grape and ends with the bottle.  At Doffo they focus on small lot, hand crafted wines.  We tried the zinfandel, cabernet sauvignon, petite syrah, syrah, malbec and a blend of cabernet and syrah.  I brought home the syrah and the cabernet.  Doffo Vineyards should definitely be on your list of wineries to watch from this region.