When I got the invitation to meet TV Personality and Foodie Ted Allen at the 2011 Robert Mondavi Discover_Wine_Tour in conjunction with Taste Addison, I was curious.  Ted and local chef extraordinaire, Richard Chamberlain of Chamberlain’s Steak and Chop House were hosting a cooking exhibition to teach “residents about wine and entertainment.” I don’t cook…ever, so my experience with Ted wasn’t going to be through his cooking show.  It was through his “Queer Eye for the Straight Guy” TV show that he did in the 90’s. 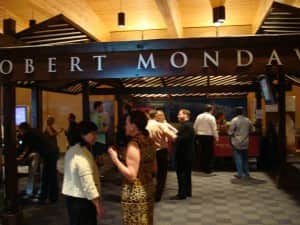 I loved the  Mondavi Discover Wine premise.  It’s an interactive, educational and fun event that travels to food and wine festivals nationwide (click here to see if it’s coming to your city).  The wines are good and meant to be enjoyed by everyone.  As you know this is a mantra that is music to my ears, especially having sat through enough festivals with wine so substandard that I abstained. 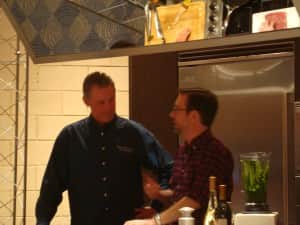 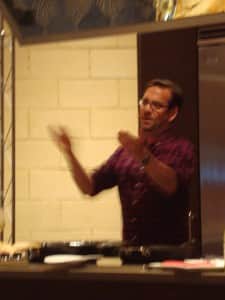 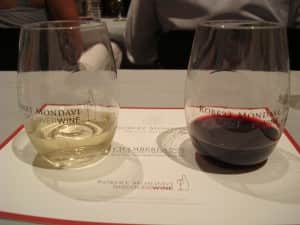 We were served two wines – the 2010 Robert Mondavi Coastal Riesling and the 2009 Meritage Private Selection and were given several plates of food to complement the wine.  The first was a bruschetta with prosciutto, ricotta and olive oil that my friend and birthday boy, David, said matched the Riesling well. The next bite was in Chamberlain’s territory – a flank steak with chimichurri sauce that was great with the meritage. The Ted and Richard show was funny including several remarks about an oversized pepper mill, Queer Eye for the Straight Guy references (the show that started Ted’s TV career) a few sausage references and a great comedic timing and banter between the two.

As a part of my effort to determine if you can get a decent glass of wine at a chain restaurant, I commend Robert Mondavi for making that an option at a non-traditional venue.  After all, making something accessible that isn’t a quality product to the masses is simple.  It takes guts to spend money to educate people there is a better option.