Steve Rogstad: Cuvaison Winemaking and the Makings of a David Allen Coe Song 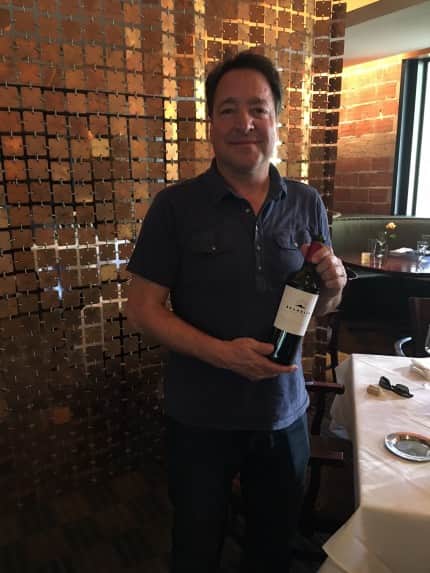 When I agreed to meet Cuvaison Estate Winemaker Steve Rogstad, little did I know that the ending of our meeting could easily be included as a verse in a country/western song that included Wrestlemania, an airstream trailer, Andy Warhol and a pen of chickens.  But I digress…

We met at Steven Pyles Restaurant and Steve told me the history of Cuvaison.  The winery was established in 1969 and known for the pinot noir and chardonnay sustainably produced at its Carneros vineyard in Napa.

In 1979, the matriarch of the Schmidheiny family of Switzerland visited the region and saw the vineyard’s potential.  She brought a soil sample home to the family and a year later her son, Thomas, purchased the winery.  The profits are re-invested in the winery and vineyards which allows cutting-edge things like block-by-block farming methods and a hand-crafted approach. Cuvaison has evolved some of the wines that it once produced like merlot into varietals like syrah and sauvignon blanc.

When the Schmidheiny family first purchased Cuvaison, Thomas showed his dear friend, Artist Andy Warhol, the wine label.  Warhol remarked that the label was ugly.  It was changed shortly afterward.

Steve grew up in North Dakota and went to The University of Washington to become a literary major.  He landed in Paris after graduation and lived above a wine shop.  That’s where he fell in love with the culture of wine and started learning.  After doing a bunch of biochemistry requisites, which originally terrified him, he attended grad school as a part of UC Davis’ viticulture and enology program.  He completed an internship at Beaujolais and then worked at Saintsbury, Spring Mountain Vineyard, La Crema and Clos Pegase as well as at custom crush clients like Viader, Dominus, Duckhorn and Spottswoode.  He joined Cuvaison in 2002 where he got to build the winery from the ground up.  “We custom built it to best handle the estate fruit when it is ready”, said Steve.  He employed tactics like block-by-block farming methods, green initiatives and certified sustainable farming.

Our line-up was full of amazing wines: 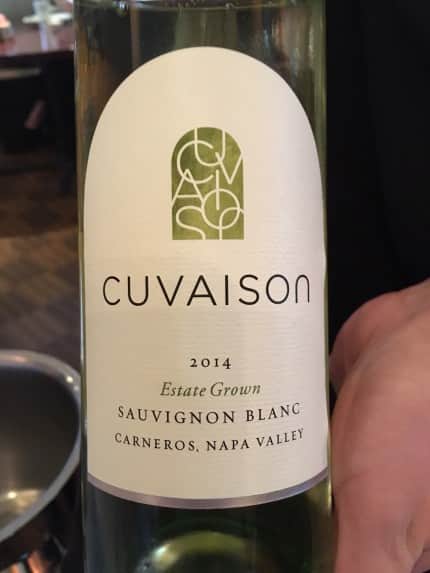 2014 Cuvaison Sauvignon Blanc – this was a fresh and tropical sauvignon blanc and a perfect expression of the grape.

2013 Cuvaison Chardonnay – notes of caramel apple, pear and nectarine make this well balanced wine a crowd pleaser.  There is good reason why the winery is known for this varietal. 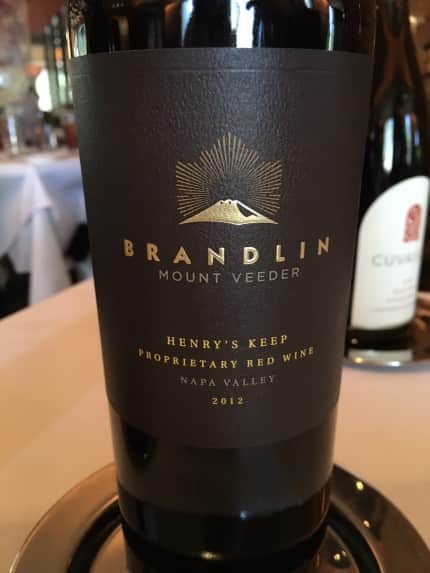 We tried the following:

2012 Brandlin Henry’s Keep Proprietary Red – this was soft and silky and made with the best grapes on the vineyard.  I tasted black cherry, blackberry, violets, mocha and spice.  The composition is 78 percent cabernet, 9 percent malbec, 7 percent petit verdot and 6 percent cabernet franc.

2012 Brandlin Cabernet Sauvignon – notes of blackberry, herbs, coffee, mocha and chocolate made this a wonderful, aromatic and silky cabernet. 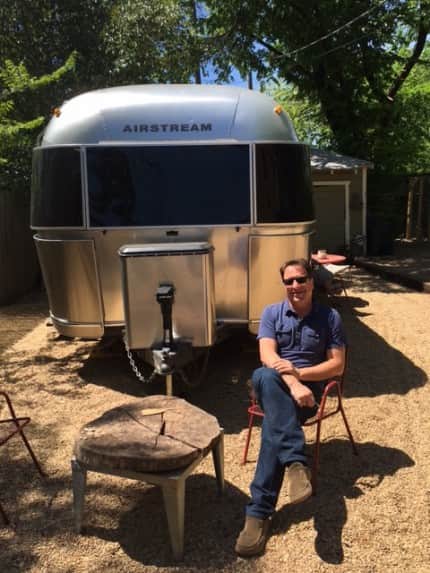 So it appears that I didn’t completely pay off the headline … yet.  Well, Steve was here during Dallas’ WrestleMania event and there were no hotels to be found for miles near Dallas.  He went to this  listing on Air B&B and hark there was the coolest, hippest Airstream trailer complete with chicken coop and within walking distance of Henderson Avenue.  All we need now is mama, getting drunk and prison and we’ve got ourselves a David Allen Coe anthem.