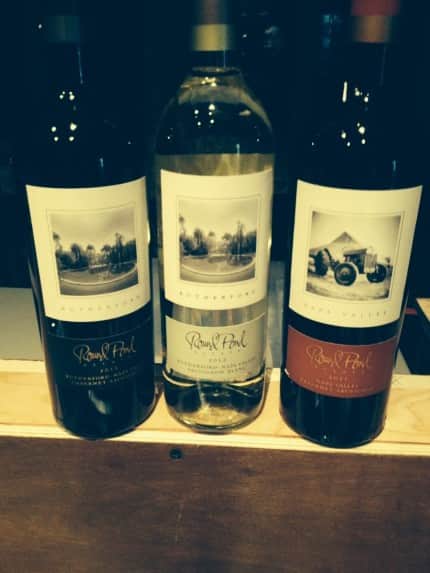 Sometimes it’s crazy how serendipity works.  A few months ago I was in Punta Mita, Mexico, at a resort with my husband and some friends where I happened to run into a group of girls celebrating a milestone birthday.  Literally – in an intertube on the lazy river at the Four Season’s Resort.  One of the girls began chatting with my friend about wine.  Turns out she has a sales position for Round Pond Winery, a winery that came across my radar recently because other bloggers have been talking about their wines with my accolades.  I logged on later that day and received an introductory email probably around the time I was drinking cava in the lazy river with my new friend.  Serendipity.

The winery has been operated by the second generation of the MacDonnell family for the past 25 years and with a focus on Napa Valley wines that are sustainably farmed as well as an olive mill and citrus syrups.   The family started as growers 30 years ago and still sell Cabernet grapes as well as produce their own wines.

I received three samples from Round Pond and decided to bring them to my husband’s family Christmas dinner in Huntsville, AL.  Note that it is rare that I bring sample wines to holiday dinners, but I took a guess that these wines would pair well with my brother in law’s steak grilling abilities.  It was a wise choice.

The three wines that we tried were two reds and one white:

These are three highly recommended wines in the $24 to $50 range that will remain on my list of wines to seek out in the future.