The Pedroncelli Family 90th Celebration Continues: Bring Me Your Finest Wines and Recipes 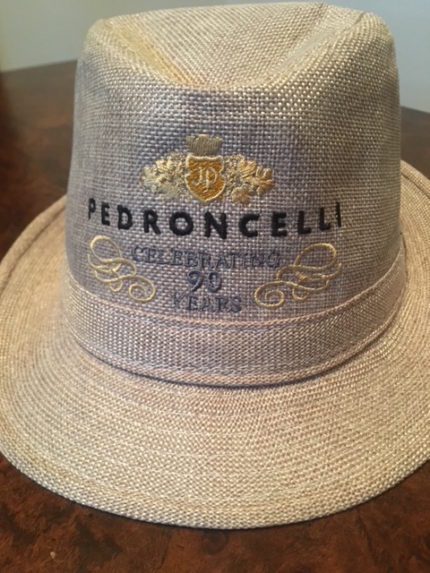 This Summer, I was lucky enough to be included on the insiders list for one heck of a party as the Pedroncelli family celebrated the 90th year of their family business.  Recently, I had the opportunity to continue the year-long celebration as the family continued to call people together with a series of events with food and, naturally, wine.  This time Twitter was our platform. 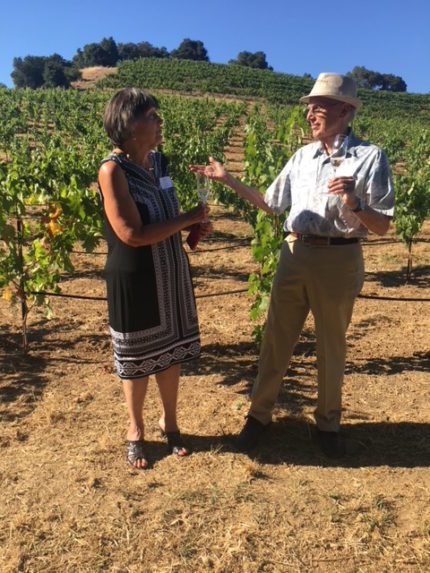 Julie and Jim Pedroncelli Toast to the 90th Anniversary

The Pedroncelli’s are known for their food and wine pairings and for the recipes they provide consumers to make the most of these matchings.  If you know me, I do not cook.  I am lucky enough to be married to a man who loves to cook, but unfortunately, was not in town during either of these tastings.  In fact, I also missed the first one due to travel, but was lucky enough to taste the wines later.  I’m going to link to my friend Cindy Rynning’s blog to show you the food and wine pairing and provide you with the recipe.

There were two wines in this shipment. 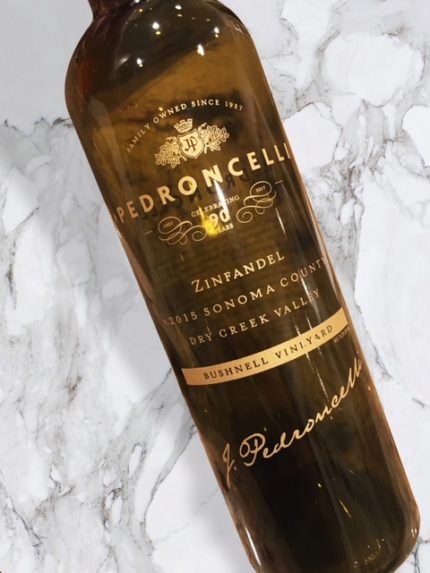 The 2015 Zinfandel Bushnell Vineyards, which I ironically opened during the wine country fires, when I felt like there was nothing that I could do to support my friends and the part of the country that I loved so much.  As I told in my earlier story, the Bushnell Vineyard has been essentially part of the Pedroncelli family since the 40’s.  However, in the 1950s, it was sold to John Pedroncelli Sr.’s son-in-law, Al Pedroni, who, eventually willed it to his daughter, Carol Bushnell.  Sipping this wine, I remembered the fun that I had with the Pedroncelli family.  I tried to focus on the wine vs. worry about my friends.  The wine has notes of red and black fruit, spice, chocolate, cassis and vanilla.  Delicious and comforting! 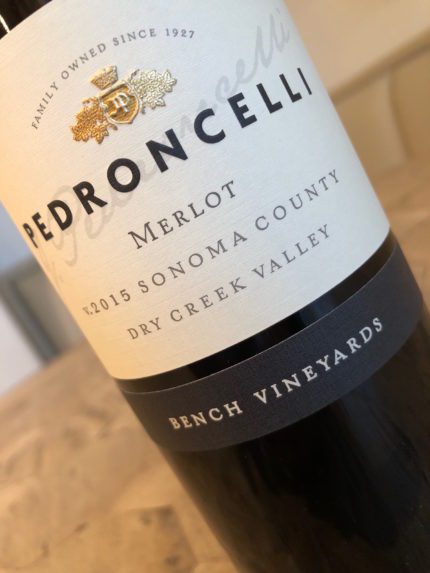 The second wine, the 2015 Pedroncelli Merlot, was opened on Thanksgiving.  We had the traditional turkey and accompaniments, but I asked my guests to bring a dish that “made ‘Thanksgiving’ Thanksgiving.”  My father bought his homemade lasagna.  It was a fantastic match – the black cherries, blackberries, plums, pepper and earthiness of the wine paired well with the rich food on the table.

I was able to participate in the next tasting, which was a port fruit bar match along with the 2015 Pedroncelli Sonoma Classico Red Blend and 2012 4 Grapes Vintage Port.

The red blend is a mix of Merlot, Petite Sirah, Zinfandel, and Syrah.  A friend described this as ‘a baker’s wine,’ and I could see why.  I tasted cherry, cassis, black fruit, spice, chocolate and cinnamon.

We then moved to the port (and many moved to the port fruit bar pairing).  I had the chance to stand in that vineyard over the Summer and hear the story of the port so it was fun to revisit it again.  This was as good as I remembered with notes of toffee and dried fruit.  It was the perfect after dinner sipper with dessert.

As the Pedroncelli’s start their 91st year of success, it has been an honor to be a part of their celebration.  This is a family that puts the consumer first with making delicious wines that are affordable, drinkable and a perfect match with food (they even provide the recipes)!