A Paradise Lost and Found Story 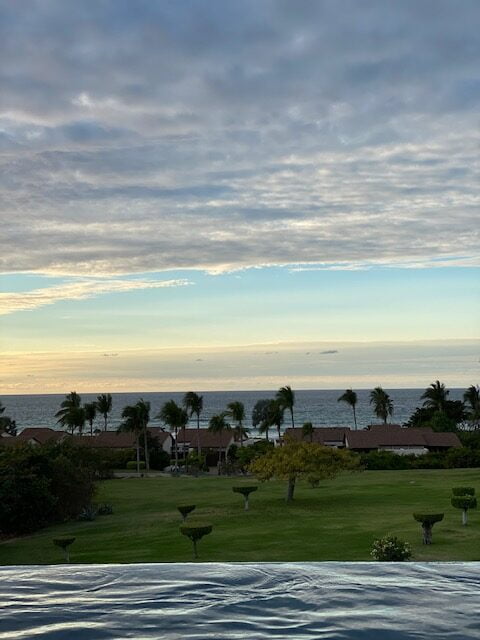 It was a tale of travel hell.  Just imagine your list of what could possibly go wrong on any given trip, and you’d probably spin the details of our very travel woe driven tale. It all began with a snow storm scheduled to hit Dallas the night prior to our trip.

Being six overworked women who hadn’t been on a trip together over two years and needed to get the hell out of town, we snapped into business mode or I guess you could say “Ted Cruz during a snowstorm” mode. We rescheduled our flight to another city where we hoped to eventually get to our end destination of Punta Mita. Three of us flew on a 6 a.m. flight. Three of us chanced it and narrowly escaped being one of the last flights out of DFW Airport complete with a de-icing delay.  We got lucky.

Some of us got our luggage in Phoenix. Some of us didn’t. I was one of them. After borrowing everything from a contact case to something to sleep in, we made it to the airport the next day.  I was still rocking the same black hoodie on day two. The baggage all arrived as did the 24 bottles of wine (you can bring 4 bottles per person to Mexico), and we were off to the Four Seasons Punta Mita.

The stay was amazing.  Everything from the surprise welcome gift to the incredible dinners at Aramara, MINA and Naef Restaurant, was perfect. The sun was shining bright, the wine was freely poured, we ate great food and the freedom of no work, stress, flights, and life was a great – a moment to finally exhale. Of course it couldn’t last.

On Sunday, we started our leisurely journey of getting everything pre-packed and had taken a few steps on our stroll down to the infinity pool to have lunch and see the view one more time before our flight home. The last words I remember uttering was a caution to my group that the food at the Puerto Vallarta airport was awful and to eat at the Four Seasons. It was a stalled moment in time as the flight cancellation notices came rolling in as a rude wake-up call to our relaxation.  I mean, really? The snow was clear in Dallas and there was no obvious reason other than the trip logistics karma.

So, I got on the phone for an hour with the American Airlines agent.  After the initial disclosure that we couldn’t get home until Tuesday at 5 a.m. on a red-eye flight, she made things happen.  But not for all of us. Four of us were able to get on a 11:37am flight that was delayed until after 4pm – working this time in our favor. Stuffing things in suitcases, hailing our rides and changing out of swimsuits into travel gear took precedence. Sadly, two couldn’t get back until the next evening.

The Puerta Vallarta airport was a lesson in madness. Clearly this was an issue going on with all airlines and there were a lot of angry people. People proved they deal with anger quite differently. The man in the United check-in line next to us was yelling at agents, stripping off his clothes and taking other passenger’s suitcases off the check-in areas. Not sure about this guy’s fate as I only witnessed a piece of it, my friends filled me in on the rest (and he was still going strong when they left).  Over the years of travel, I’ve seen mad people, but never nearly naked mad people.

Was it worth it? Absolutely. Was I going to let travel logistics stop me? Heck no. There was a time in my life that I flew over 265,000 miles in one year for work and I know how to optimize travel. Did I have a fabulous time with some friends I wish I saw more? Definitely. But perhaps I’ll give myself a little time to exhale in the new age of travel before I do it.