Next Chapter in the Freemark Abbey Story 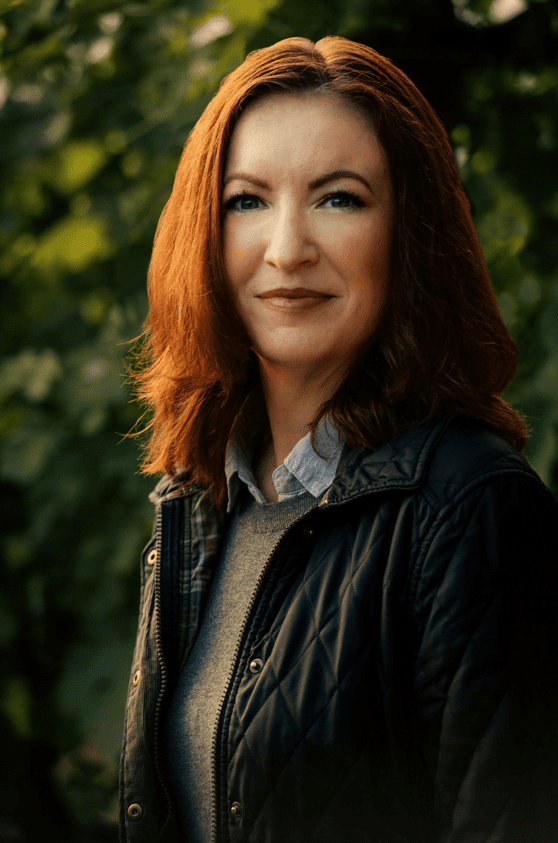 Since 1886, Freemark Abbey Winery has been one of trailblazers in Napa Valley with a history of “firsts” –  one of California’s first female vintners, the first tasting room, and the only California producer selected to enter a red and a white wine into the 1976 Judgment of Paris. Winemaker Kristy Melton takes that legacy very seriously knowing that every decision she makes will continue to last more than her lifetime.

I had a chance to sit down at Georgie and talk with Kristy about her role as the eighth winemaker at Freemark Abbey and how she balances the history with the stamp of her winemaking style.

In 1881, Josephine and John Tychson, purchased nearly 150 acres of property just north of St. Helena and planted Zinfandel, Riesling, and “Burgundy” vines. Josephine didn’t set out to be one of the first women winemakers in California, but after her husband committed suicide after a painful battle with tuberculosis, she was determined to succeed with what they had started together.

She hired a foreman for the construction of a redwood cellar that could accommodate up to 30,000 gallons of wine. That was the beginning of a story of tenacity and determination. Kristy talked about how she keeps a picture of Josephine in her office to remind her of her passion and will to move things forward no matter what the odds.

Freemark Abbey was among the first in the valley to open a tasting room to the public in 1949. Seven partners reestablished the winery in 1967, and they have been known for classic wines since.

Kristy is from Canutillo, Texas, located west of the Rio Grande, where the path is agriculture and animals – not winemaking. Her exposure to wine were special dinners with her grandfather, a military veteran, who would order seafood and a glass of Chablis.

“I have no idea where that Chablis came from — probably from a box or jug, but that experience of family, food and wine stayed with me,” she said.

She graduated from Angelo State University where she received a BS in Biology and Animal Science, and her love for science was ignited. She was hired as a research scientist focused on immune system research at the National Institute of Health near Washington DC.

DC was expensive and the NIH didn’t pay enough, so she took a bartending job. Beyond earning money, she learned a lot of basic life skills and about human behavior. The project she was working on at NIH wasn’t going well and she realized she wasn’t happy. She told her boss that her interest was in making wine and she encouraged her to make the leap.

She was hired part-time at a winery in Maryland. That experience of doing it all – from harvesting grapes to the business side of making wine – encouraged her to pursue a Masters in Viniculture in Enology at UC Davis in 2007. Her resume includes Iron Horse, Saintsbury, Clos du Val, New Zealand, and her three years as Bordeaux Winemaker for Jackson Family Wines, where she oversaw the program for a number of properties. It was around this time she met Ted, the Winemaker for Freemark Abbey. They shared a common space and a common goal of making great quality wines.

When Ted started talking about retirement, she expressed her interest in his position and was hired. She spent the first year watching him and getting to know Freemark Abbey. In 2019, they both collaborated, and it she became the winemaker in 2020. But nothing is done in isolation. Collaboration still happens – they taste and blend together to keep the winery innovating with technology, equipment and best practices while keeping what makes the wines special.

In 2006, Freemark Abbey was purchased by Jackson Family Wines and people in the wine world wondered what changes would occur.

It’s a brand that Jackson Family Wines has allowed to stay the same – preserving the brand and winemaking style. Kristy talked about how in 2020, the year of her first vintage, she decided not to make the reds due to smoke damage. She was totally supported – they didn’t ask for samples and she didn’t have to plead her case. “Jackson Family is a company with a soul, and they empower their brands to be successful,” she told me.

Putting Her Stamp on Freemark Abbey

When I asked Kristy about how she was going to put her stamp on Freemark Abbey, she laughed and told me, “Ted started at the winery the year I was born, and I need to respect the legacy of winemaking at Freemark Abbey.” But Ted too had to adapt from winemakers before him.

But she is making those decisions to make the winery better including technology to make life easier for staff like showing tank temperatures on a mobile device. “The pandemic forced many wineries to change processes due to a lack of labor and we’ve found technology makes life easier for our team and we are better informed,” she said.

The winemaking team is 75 percent female, and the cellar team is 50 percent women. The diversity of the team brings more life experiences, perspectives, best practices and allows the winery to be more prepared.

It’s a mix of new vineyard sources, equipment, and practices. All estate vineyards in Napa Valley are farmed organically and they are working with their growers to do the same. She talked about solar panels in the winery, using sheep to graze our vineyards instead of mowing with tractors and how they invested in electric tractors to reduce emissions. Having a larger parent company, who can test the impact of bigger things like bottle weight and carbon capture with larger brands, helps the boutique wineries with key sustainability efforts without having to make additional investments.

She continues to do what she’s done from the beginning – make wines for the people, experiment and expand her horizons.

But she’s super focused on making decisions that will keep the founders proud and the legacy alive. It’s about respecting the vineyards, so the story is true. “It’s about tasting wines that come from a specific place with a story behind it – the people and the heritage,” Melissa said. She talked about how food can enhance an experience and importance of pairings.

When I arrived at the restaurant, she was wrapping up a staff tasting. This is an upscale restaurant, so training on how to sell wines is important, but you could tell she was a pro and had a background in speaking. She later told me that her mom insisted she take presentation classes when she was younger.

We tried two of the wines:

The next chapter is unfolding as Kristy continues to make her mark on Freemark Abbey. It’s been written with previous chapters based on history, integrity, hard work and great wine. With Kristy’s shared beliefs of the founders along with her scientific background, Freemark Abbey will continue to enhance what nature brings and make the best wine possible.