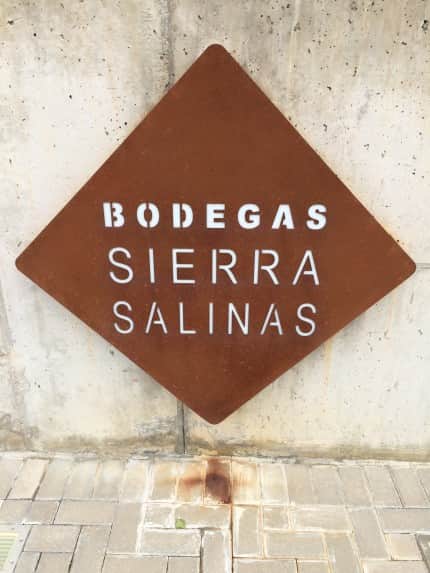 Our next day was spent at Sierra Salinas in Alicante.  Alicante is a Spanish Demoninacion de Origen (DO) located in the province of Alicante in Valencia, which just celebrated its 75th anniversary.  There are two sub-zones: Vinalopó, which is the Southern area of the province known for Monastrell, which we visited.  The other sub-zone is known as La Marina in the Northern area of the province.  Alicante’s grape growing and wine production traces back to the Romans.  The soil in the region is comprised of lime and sedimentary rock with a sandy consistency.  Vinalopó is known for Mediterranean temperatures that tend to shift to frequent frosts in the Winter creating extreme temperatures ranging from day to night. 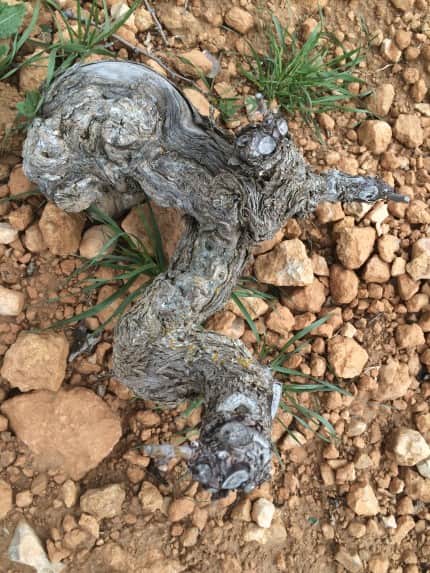 Ramon Castano Santa is the original visionary behind the winery.  Ramon has been involved in the wine business since 1950 when the family built its first winery in Yeda, a small city near Villena,.  The family acquired Sierra Salinas vineyards in the beginning of 2000 and built the winery,  Bodagas Sierra Salinas, which is named after a mountain range.   The winery was up and running in 2006.  The Castano family made a bet on Monastrell (a red wine grape variety), and wanted to balance the legacy, quality and technology to make the best wine possible.  The production of Sierra Salinas will never pass 200,000 bottles because the family believes that the wines need to show the authenticity of the soil, terroir and the people.  In 2013, MGWines Group acquired the property. 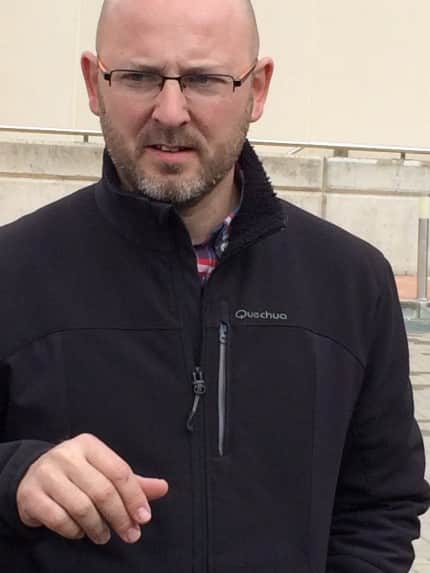 We met with Winemaker Sebastien Boudon, who came to Spain from France because he was excited about the opportunities in the region.  He took us through the winery and showed us the unique temperature control system designed to manage the extreme temperatures as well as the gravity system the winery uses to avoid pump racking.  The grapes are processed on three levels of the building – the vinification plant is one the first floor; the grapes are pressed on the second floor and the bottling occurs on the third floor.  The grapes are hand picked and harvested in small batches to make sure the best fruit is used, but no fruit is sold in bulk.  The wines are stored in French Oak barrels.

We also walked through the vineyards, which are located 650-680 meters above sea level and we saw the dry irrigation of vines.  The winery is organic and planted on limestone, which is dry farmed.  There are 42 hectares of Monastrell and 10 hectares of Cabernet Sauvignon, Alicante Bouschet and Petit Verdot, trained with trellis and goblet systems.  We saw two different vineyards – which had terroir that changed from clay to stones and with older vineyards. 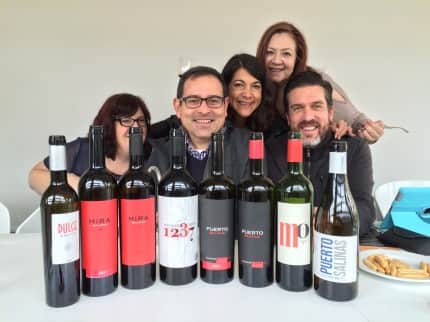 We then went into the tasting room and had the opportunity to try seven wines.  Here was our line-up: 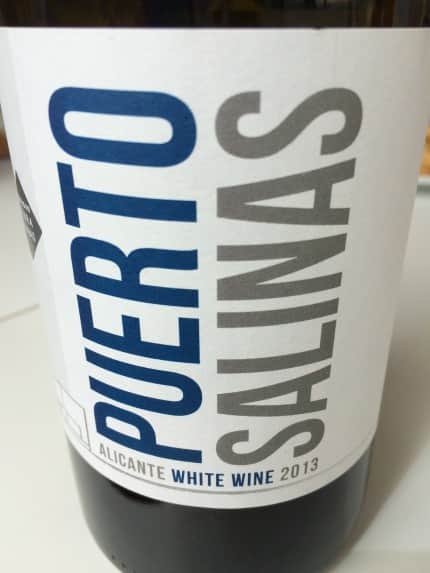 2013 Puerto Salinas – a blend of 70 percent Chardonnay and 30 percent Moscatel, which had lots of jasmine and floral notes with white stone fruit and mineral notes.  A great deal under $10. 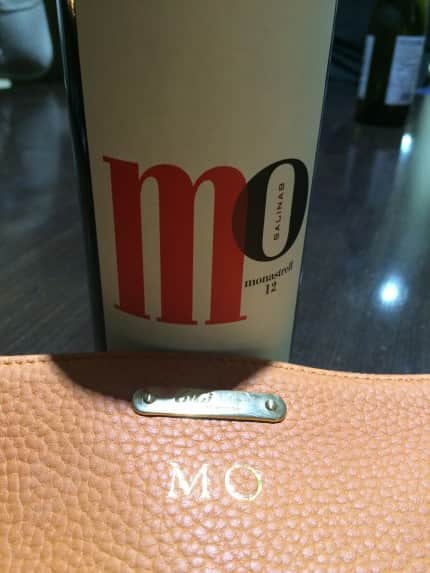 2012 MO Salinas Monastrell – lots of juicy cherry, berry, spice and very fruit forward.  The price tag here is $8.99 making it a hell of a deal and it matched my purse. 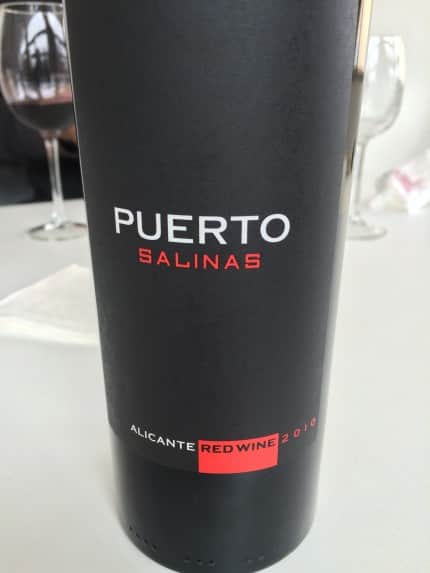 2010 Puerto Salinas – this had some age and more complexity.  You could taste the blackberry, spice, liquorice, beef jerky, balsamic and black pepper.  This one was a great deal at under $15.

2011 Puerto Salinas – it was fun to taste the difference that a year of age can make.  This had notes of floral (violets and roses), graphite and lots of spice. It was very silky and was easy to drink.  Same price range as above. 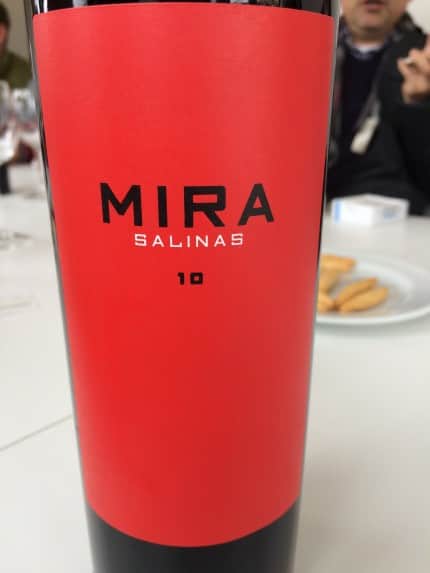 2010 Mira Salina –this one had notes of maple, vanilla and a deep berry.  The balance on this wine was great and I really enjoyed this more between the vertical.

2011 Mira Salina – this had earthier notes of licorice, berry, hazelnut and coffee. 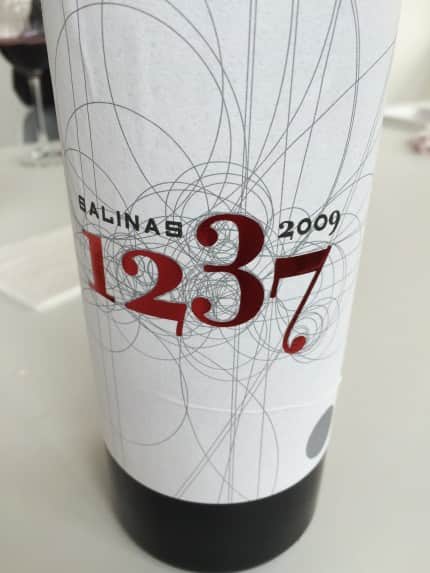 2009 Salinas 1237 – this was an amazing and intense wine.  I tasted notes of currant, toffee, blood orange, balsamic and earth.  This wine was elegant, long lasting and a wonderful special occasion wine.  I made sure to bring a bottle of this home with me.  Sebastien talked about how this wine takes the best of the landscape with both the terroir and the grapes.  We ended with the Dulce dessert wine, which I didn’t have enough time between notes and pictures to truly savor. 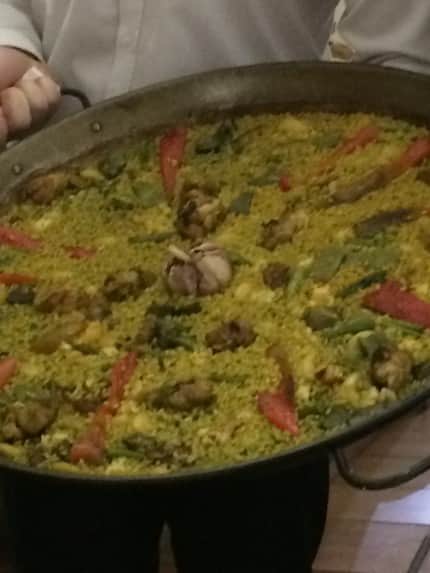 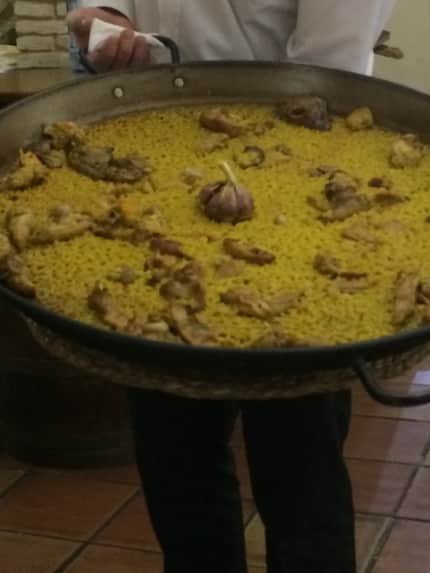 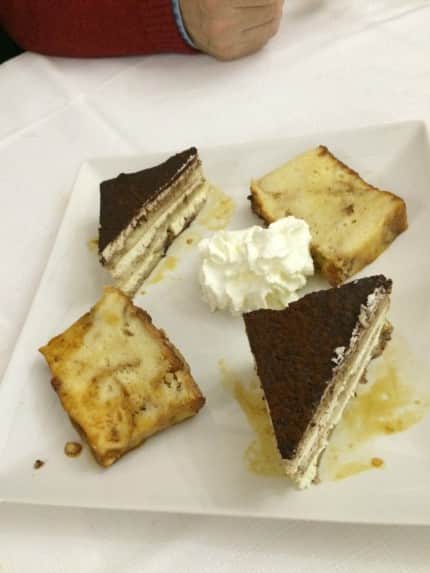 We then moved to a delicious paella lunch at Restaurant La Despensa and ate our weight in paella and dessert.  At that point, we needed to walk the city so it was time for me and my partners in crime, Thea and Liza to explore the city.  Then another night at a great restaurant and another food coma.

2 thoughts on “MGW Wine Experience: My Time In Alicante”