May the Force be with Texas: And It Can’t Come Too Quickly 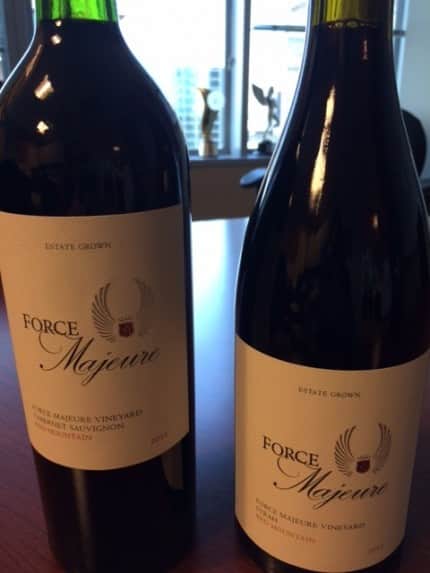 Every month I receive calls monthly from wine producers from all over the world anxious to break into the Texas marketplace.  Texas is consistently ranked in the top five wine drinking states.  Because of this, wineries – especially the boutique ones – are clamoring to get distribution in our arduous three-tier system, which requires that producers can sell their products only to wholesale distributors who then sell to retailers, and only retailers may sell to consumers.

My friend Bob Silver, who has been a part of the Washington wine industry many years, reached out to introduce me to Force Majeure, a boutique winery located in Woodinville, Washington, in the Red Mountain region, which specializes in single-vineyard Bordeaux and Rhone-inspired wines. According to the winery, ’Force Majeure’ describes the relentless, powerful elements of Nature that form the terroir of the vineyard. It also identifies the ‘unstoppable force’ initiated when the highest level of viticulture is combined with the highest level of winemaking talent”.  Bob asked if I would try the wine.

Sure I’ll try it, I replied.  About a month went by and I finally opened the bottles – the 2012 Force Majeure Red Mountain Cabernet Sauvignon, which was full of chocolate, cassis, earthy notes and elegance.  We followed up with the 2012 Force Majeure Red Mountain Syrah, with rich notes of dark red fruit, raspberry, earth, spice and minerality.  One of the joys – and curses – of being a wine blogger is that I try so many wines it’s hard to evoke the type of reaction that I experienced from both of these wines.

Force be with Texas

I personally am on a mission to get them to Texas so you can try them.