Lodi: The Region, The Wines, The Winemakers, The Diversity 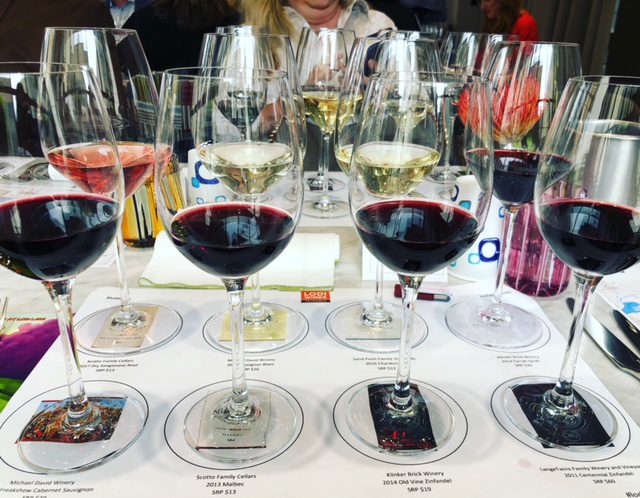 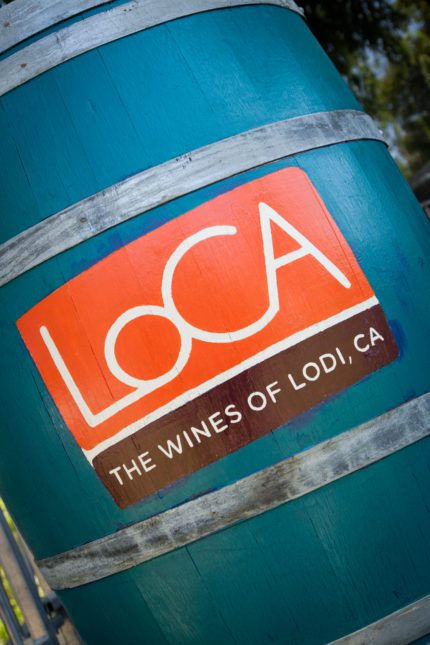 The Summer of 2016 was when I first encountered the region of Lodi.  I knew the region was known for its Old Vine Zinfandels, but I did not know how deeply involved I was going to get in this historic region and the indelible impact it would have on my experience as a blogger. 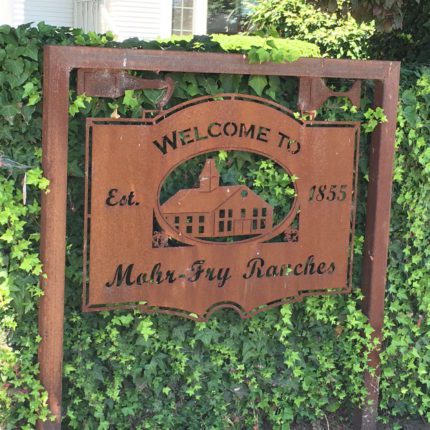 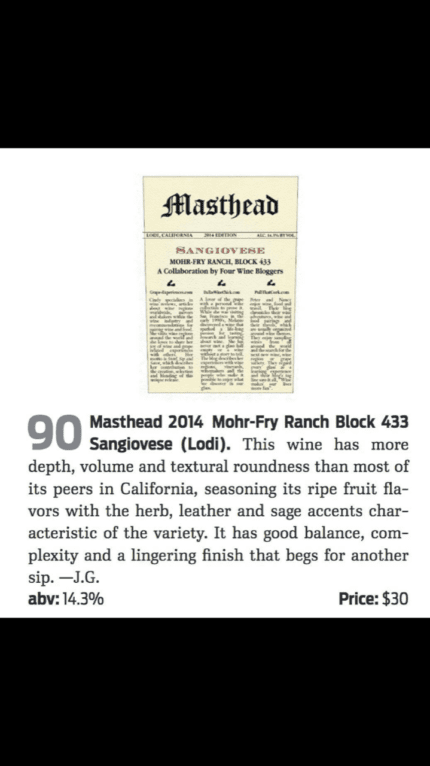 Ironically, Lodi was where I received the gift of blending a wine with famed winemakers Mitch Cosentino and Paul Scotto in one of the most revered California Vineyards, Mohr Fry Ranch. And guess what?  It wasn’t a Zinfandel.  It was a Sangiovese.  I quickly learned that Lodi offers a broad selection of more than 75 grape varieties ranging from the Zinfandel to grapes from Portugal, Spain and France.  Click here for the experience of making wine that was eventually rated 90 and above by the Wine Enthusiast and Tasting Panel Magazine. 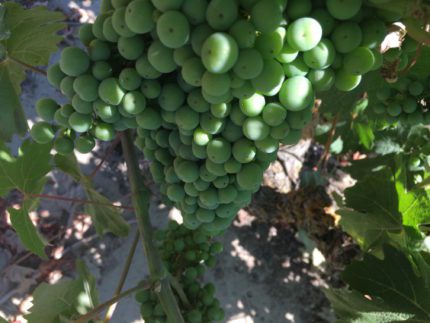 A few months later, the Wine Bloggers Conference was held in Lodi where I got to take a deeper look at the region, the winemakers and the people behind the wine.  Click here to read about the fun, facts and frivolity only the Wine Bloggers Conference can bring.  I left the conference impressed with the commitment to sustainable farming and the comprehensive LODI RULES program, California’s first third party-certified winegrowing program that promotes biodiversity, soil health, disease management and water purity.  The program also encourages responsible farming by focusing on the community through land stewardship, training, safety initiatives, the diversity and variety of the wines grown and the 150-year history of multi-generational farming. There was a reason Wine Enthusiast Magazine awarded Lodi the prestigious Wine Star Award for “Wine Region of the Year” in 2015.

Lodi wine country is located about 90 miles east of San Francisco, just beyond the San Joaquin/Sacramento River Delta.  It lies 40 miles south of Sacramento, and borders the western foothills of the Sierra Nevada mountain range with 110,000 acres of grapes planted.  Top varieties are Cabernet Sauvignon, Chardonnay, Zinfandel and Merlot but don’t be surprised to find Albariño, Tempranillo, Verdelho, Sangiovese, Viognier, Carignan and Syrah.  In 1986, the federal government recognized the Lodi American Viticultural Area and in 2005 the seven sub-AVAs in Lodi.  Those sub-AVAs are: Cosumnes River, Alta Mesa, Sloughhouse, Borden Ranch, Jahant, Mokelumne River and Hills and they include more than 90 wineries and almost 800 winegrowers.

I left with the impression that I still had much learning to do.  Luckily that learning has continued through dedicated days like National Zinfandel Day where I participated in a virtual tasting with Lodi Wine Grower Kevin Phillips of Michael-David Vineyards; Owner and Winemaker Kyle Lerner of Harney Lane Winery; Stuart Spencer winemaker of St. Amant Winery and the program director of the Lodi Winegrape Commission.  They spoke about the state of old-vine Zinfandel in Lodi, what makes a vine old, and why old-vine Zinfandel is important to the history of Lodi wine region and California. 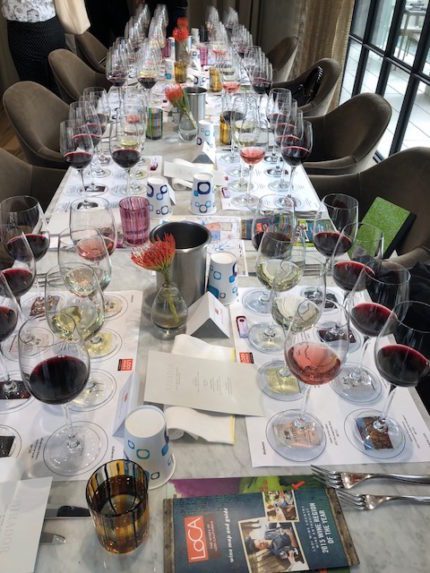 In April, LoCA, the Lodi Winegrape Commission, brought together four wineries for a press lunch in Dallas to celebrate the diversity, history and multi-generational winegrowing of the region.  We met with several pioneers of the industry including Randall Lange, Owner of LangeTwins; Steve Felten, Owner of Klinker Brick; Darcy Dayton, Southern District Manager of Michael David Winery; and Bradley Gray, PR Representative of Scotto Family Cellars.  The wineries were here for the Fort Worth Food and Wine Festival, but met with us at Mirador Restaurant to tell their unique stories and showcase the diverse offerings of Lodi.

Our wine line-up was as follows: 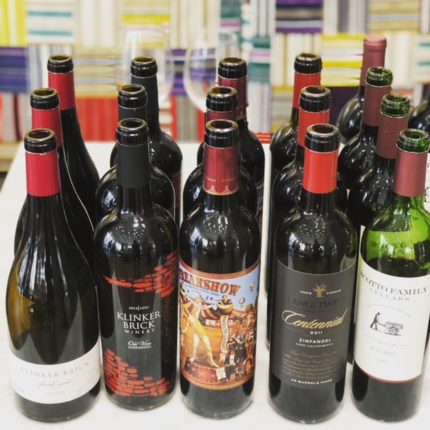 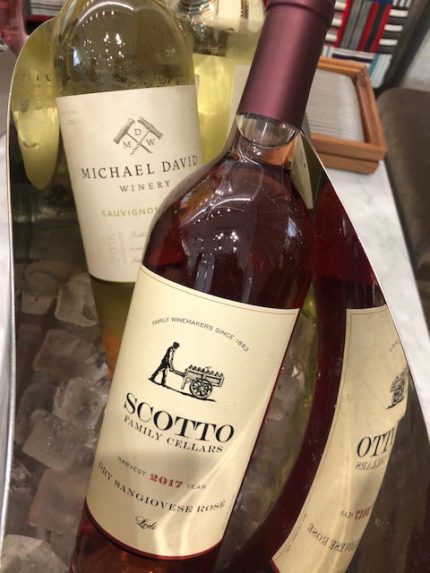 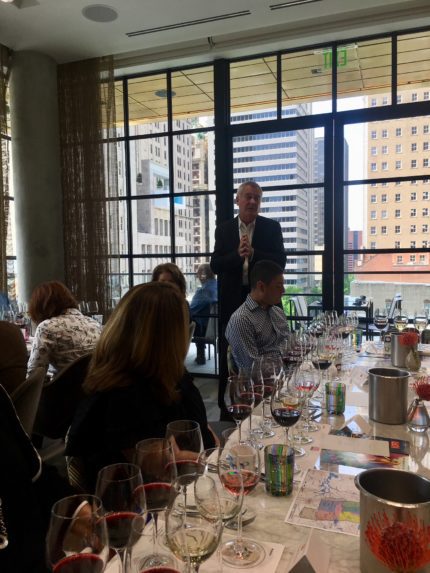 As we tasted through a diverse portfolio of wines that showcased so many different grapes from families that helped to make Lodi what it is today, I heard a constant theme. They all talked about taking care of the people, land and water.  These are people who started as farmers and multi-generational families who are committed to Lodi literally for the long-term.

There’s the Scotto Family, who I got to know very well from making the Masthead wine (see post above), who has been making wine for five generations.  There’s the Michael David Winery which has been farming in Lodi since the 1850’s, cultivating wine grapes since the early 20th century and traded in a coin collection to buy the vineyards.  There’s the LangeTwins Family Winery and Vineyards who farmed for five generations in the Lodi Appellation and in 2006 opened a winery because they knew great wine starts in the vineyard (The family also makes Sand Point Family Vineyards.)  And, of course there is the Klinker Brick family who are fifth generation grape growers in the Lodi region who continue the tradition of cultivating “Old Vine” Zinfandel vineyards that their ancestors planted in the early 1900’s.

It was fascinating to sit in the room with some of the pioneers who made Lodi what it is today and families who will carry the legacy forward in the future.  If these wines I’ve tried in the last 18 months are an indication of what is to come, I’m even more excited about the future of this region.

It just so happens that Zinfest Wine Festival is happening on May 19 and 20 so you can experience 150 handcrafted Lodi wines from 40 wineries along with cooking schools, the Zinfest BBQ experience and other special activities.  For more information, go to http://www.zinfest.com.