I’m on a Boat: My Post Conference Trip to the Cayuga Lake Wine Trail 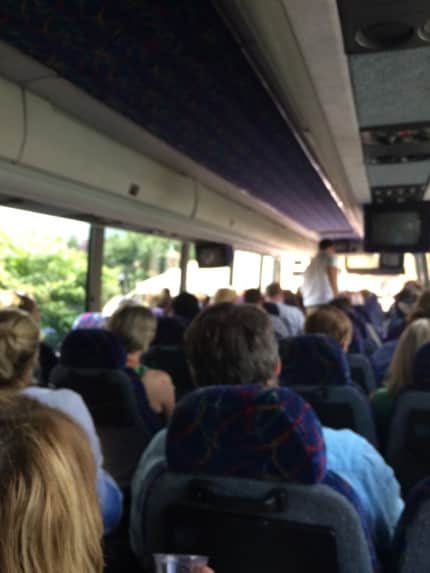 Just like that the conference was over and we were on our final post trip journey for #wbc15.  This excursion took us to the Cayuga Lake Wine Trail, an area that claims to not only be the oldest in the region, but the oldest in the entire U.S.  The wine trail consists of 16 wineries, a cidery, a meadery and four distilleries.

Our journey from the Radisson took about an hour and a half by bus.  The conference organizers had enough foresight to arrange for Aaron Roisen of Hosmer Winery and Jeff Houck of Lucas Vineyards to talk to us about the region during the ride. 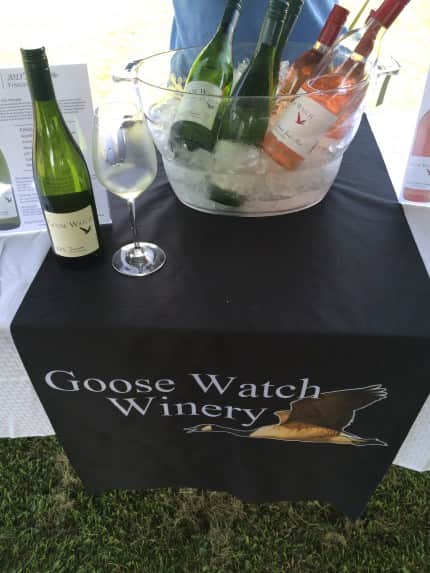 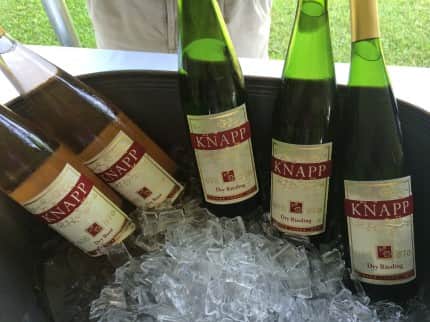 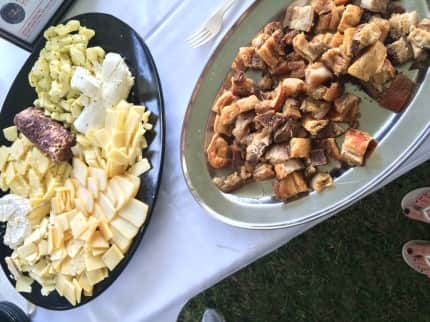 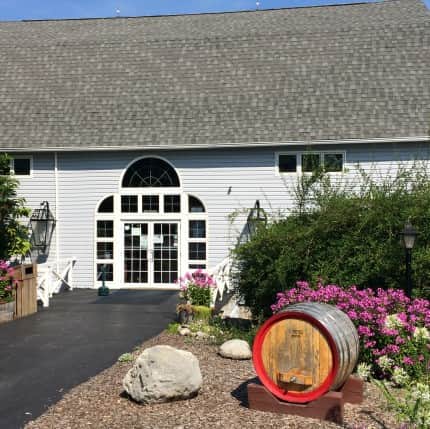 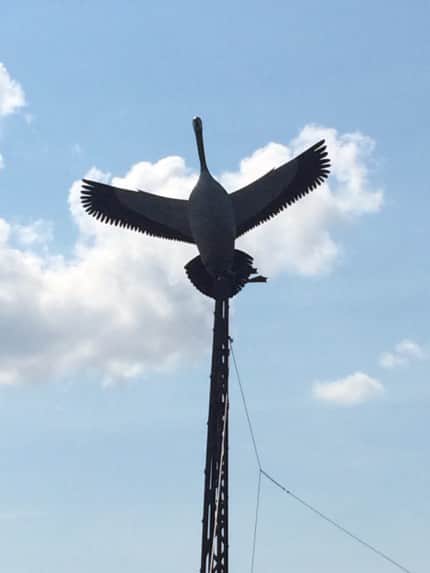 The group of around 50 folks was split in two with one group tasting first at Thirsty Owl Wine Company and the second group beginning at Goose Watch Winery, which is where I began.  While at Goose Watch, we tasted wines from Treleaven by King Ferry Winery, Long Point Winery, Montezuma Winery & Hidden Marsh Distillery, Swedish Hill Vineyard, Knapp Winery, Buttonwood Grove Winery and Varick Winery & Vineyards. We had some nice wines, but my favorites were the Rieslings and sparkling from Knapp Vineyards as well as the tasting experience provided by Varick Winery with some off the beaten path foods. 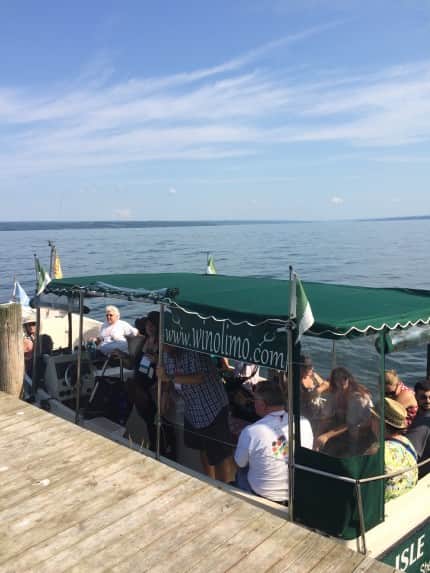 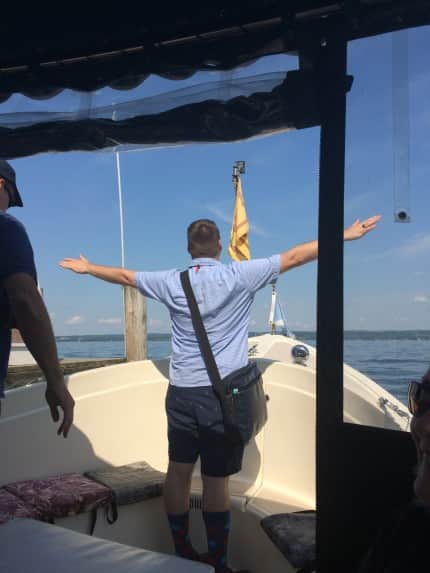 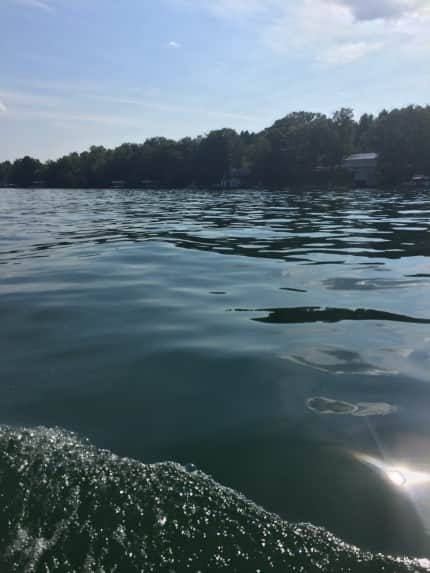 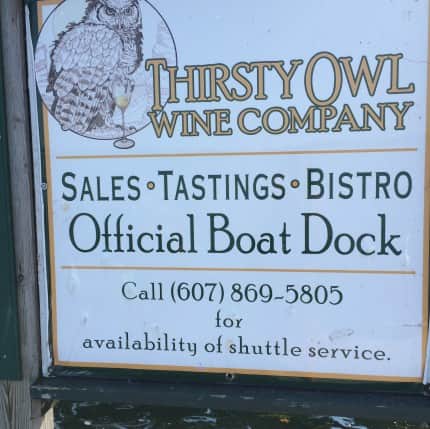 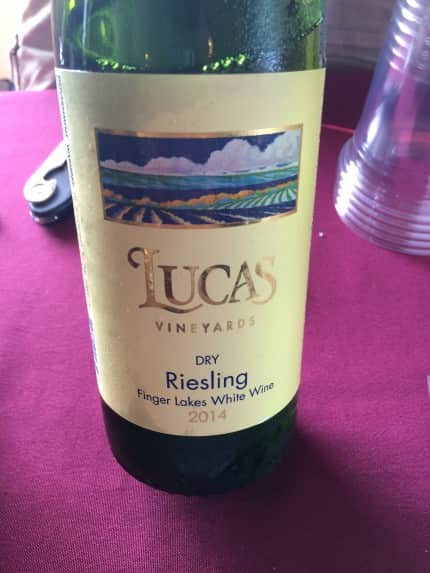 After traveling to the dock and then by boat to Thirsty Owl, we tried wines from Toro Run Winery, Cayuga Ridge Estate Winery, Hosmer Winery, Lucas Vineyards, Bellwether Hard Cider and Wine Vineyards, Americana Vineyards and Six Mile Creek Vineyard.  About five years ago, Lucas Vineyards was my first experience with Finger Lakes Riesling and I was excited to see that I enjoyed rediscovering it just as much as I did the first time I tried it.  The Bellwether Cherry Street Cider, which was bursting with cherries, also impressed.  Cider is not usually my drink of choice but give this to me any hot Texas day and I’d be happy. 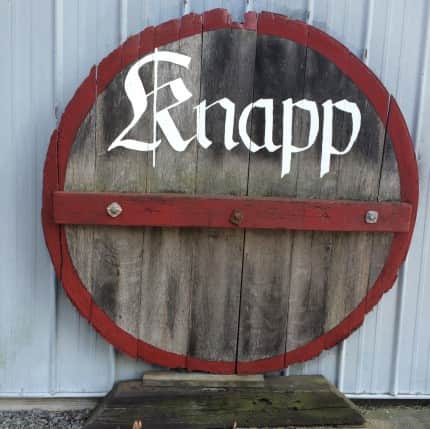 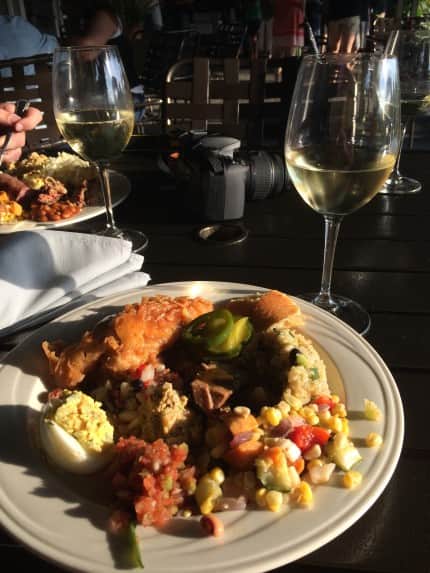 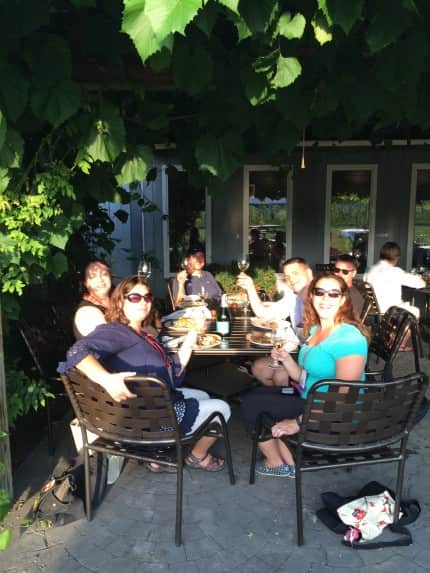 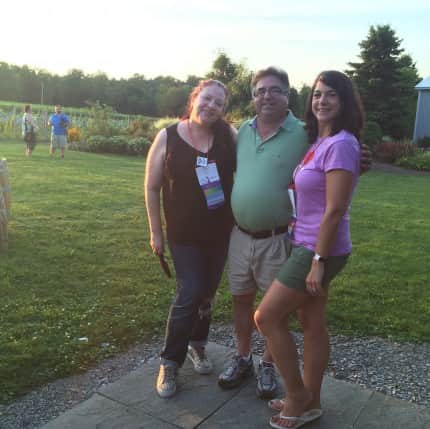 We then journeyed to Knapp where Executive Chef John McNabb prepared dinner for us.  Knapp was founded in 1984 and was the first Finger Lakes winery to plant and vinify Cabernet Franc.  It was sold to its current owners, Gene Pierce and Scott Welliver, in 2000.  Knapp opened the Vineyard Restaurant in 1992, becoming the first winery restaurant on Cayuga Lake.  We sampled a ton of food and more wines from the region while walking the grounds of the vineyard. 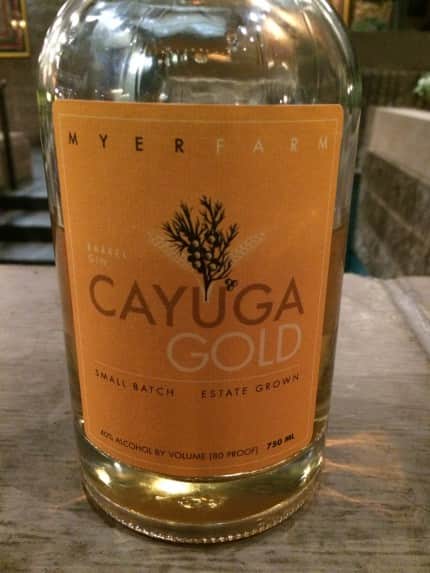 The wineries went above and beyond to make us feel at home in discovering the food and the wine of the region.  Once we reached the lobby of the Radisson, we all stayed true to this week’s behavior – we grabbed left over wine, distilled spirits and cider, socializing in the lobby until the wee hours.