History of Piedmont in a Glass: A Discussion with Matteo Sardagna and Manuel Marchetti

History of Piedmont in a Glass: A Discussion with Matteo Sardagna and Manuel Marchetti 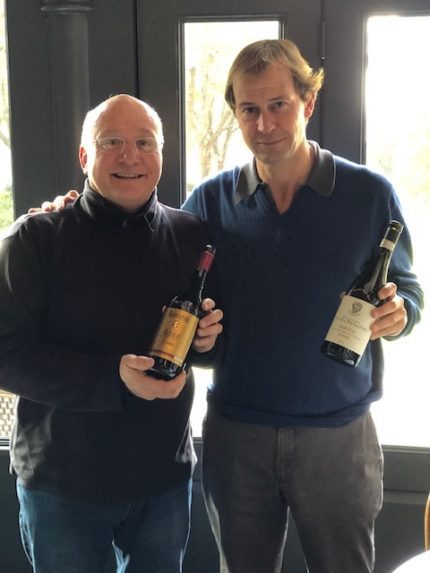 Yesterday I experienced the diversity of Piedmont in my glass.  But it went so much beyond that.  Sitting down with Matteo Sardagna, the Owner of Poderi Luigi Einaudi, and Manuel Marchetti, the Owner of Marcarini Vineyards, it was a lesson in family, history, heritage, pride and personal philosophy on how to make the best bottle of Barolo.

Matteo is the fourth-generation owner of the winery. While many talk about how his great grandfather and founder of Poderi was the Governor of the Banca d’Italia, Minister and President, he was also, in fact, a very humble man.  Many do not know he escaped persecution from a fascist government by crossing the Alps with his wife and a donkey, first arriving in Switzerland and then eventually making his way to Italy.  In 1897, as a young man without means, he saved everything he earned to buy his first farm in San Giacomo in Dogliani.  He strongly believed that a man without land was nothing and he believed that owning land could help lead Piedmont out of crisis and help him launch his life and family. 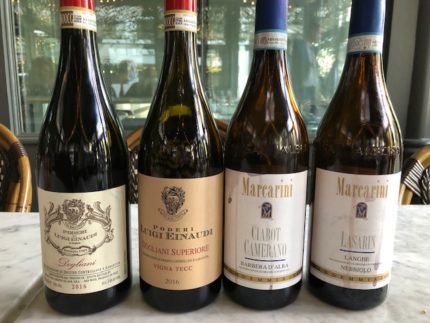 As a farmer, Luigi Einaudi was a visionary. He used roots grafted on American rootstock to fight Phylloxera.  He decided to move from growing grapes to producing and bottling wine.   He changed the model of managing the land and vines to the families that worked them so they could share in the success, allowing them independence, which was revolutionary.  He modernized equipment.  And finally, he was instrumental in helping Dogliani attain DOCG status in 2006.

Today, Matteo, his great grandson, leads the company with a historic cooperative and with winemaker Beppe Caviola.  In 2016, Einaudi purchased 22 hectares in the prestigious cru of the Langhe in Monforte d’Alba and planted four hectares of Barolo. The total property includes 358 hectares in Dogliani, Barolo and Monforte D’Alba, Verduno and Neive with 13 farmhouses – all responsible for the management of their land.

Matteo talked about his love of the land and the people.  It is clear the pride he has for his family’s generational legacy and the wines that are being produced – both in Dogliani and in Barolo.

And then we go to Marcarini Winery, which is six generations strong.  Manuel Marchetti and his late wife, Luisa, have been in charge of the winery for the past 28 years.  Luisa’s great, great, great grandfather founded the estate in the 1850’s.  The winery was a trailblazer – it was one of the first to designate single vineyards on the labels in the 1950s and its Boschi di Berri vines are the oldest in Italy and maintain their original rootstock being the only to survive Phylloxera. 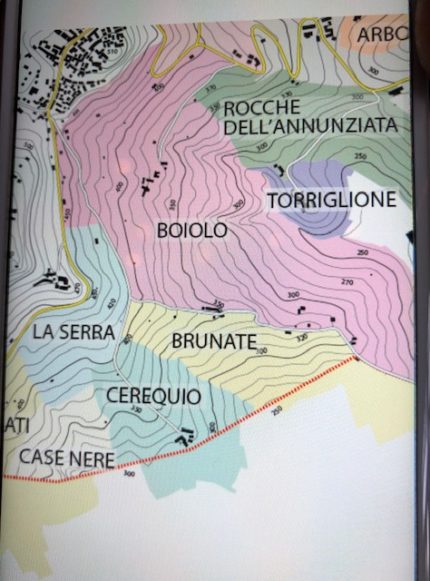 Steeped in tradition, but embracing modern winemaking techniques, the estate-owned vineyards are managed naturally with some help from consultant Oenologist Armando Cordero and 42 of 62 hectares of the estate are under vine.  The Nebbiolo grapes for Barolo grow in La Morra in the Langhe in two vineyards that are close to each other – La Serra and Brunate.  The grapes are grown exactly the same and go through the same process, but the soils reflect such a difference as you taste them, it’s amazing.

As I chatted with Matteo, I was fascinated by his background.  He grew up in Mexico, came to Texas, lived in Barcelona and found himself back at the family’s winery when it was his time to learn the business.  He talked about wanting to make wines that were gentle and elegant that would go well with food.

When I spent time in Italy this Summer, I noticed a trend that many Barolo producers were aging their wines for several years before releasing them.  He commented, “there is an entire generation of people who don’t drink wines that way. I want to make wines that they can open, drink and afford.” 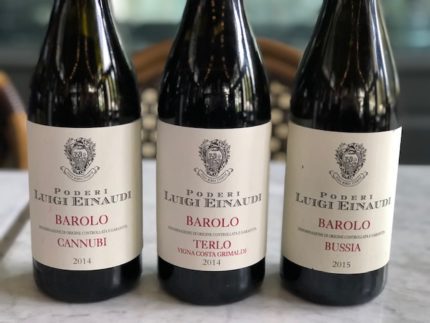 Here was the line-up of wines that we tried from the Dogliani and Langhe regions.  On purpose, I am not doing tasting notes because these wines were all great, but I did not want to do a comparative tasting (with the exception of the side-by-side vineyard note) because they are different wines from different winemakers:

I loved the camaraderie shared between these two winemakers.  While this could have easily turned into a competitive situation, there was none. This was a love of the wines, a love of the region and a friendship of families that have known each other for generations.