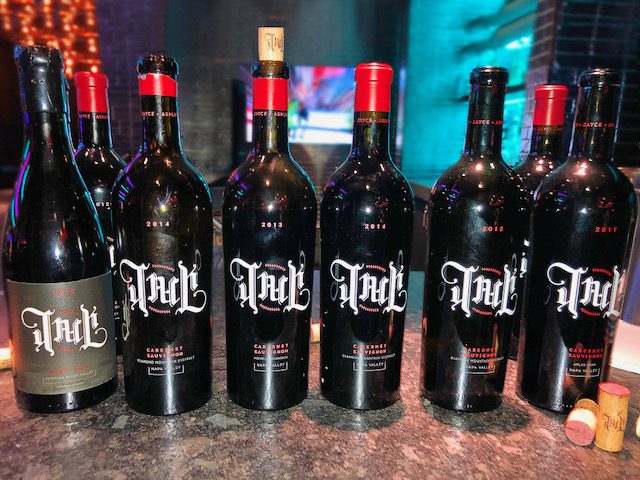 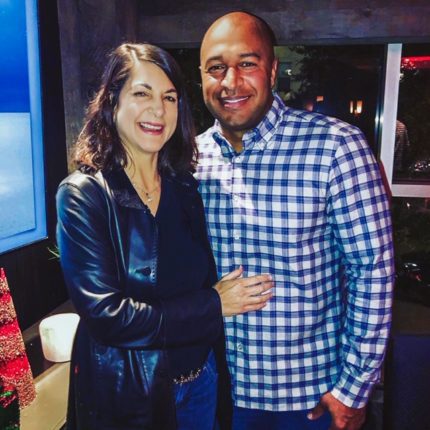 Me and Vernon Wells from JACK Wines

My first question to Vernon Wells, former Yankees baseball center fielder and co-founder of JACK Wines, was simple:  Why go from a career in baseball to a second career in wine?  Vernon gave me an answer that was logical and passionate.  “While in my mind I could play baseball forever, my body told me otherwise.  I needed something that I loved as much as the game that I could turn my attention to,” he said.  “Wine has a lot of the same precision as baseball and I love it, but it allows me to spend time with my family.”

We’re all familiar with the hot trend of celebrities and athletes who decide they want to launch wine labels.  Drew Barrymore comes to mind with her Vogue video interview in which she proclaims herself to be a winemaker for Barrymore Wines (did you know rosé is made from peeled grapes …. Um, it’s not) 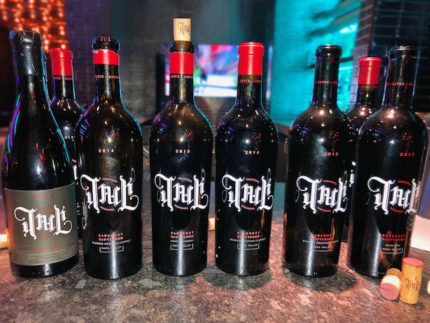 JACK Wines was founded by Vernon and another major league baseball teammate, Chris Iannetta.  Vernon and Chris played briefly together for the Los Angeles Angels and Chris still plays for the Colorado Rockies as catcher.  They became friends after going through rehab together, due to sports related injuries, and discovered a mutual love of wine.  Over a meal one night, they started talking about what happens after baseball and possibly starting their own label.

The idea was crystalized and the search for a property and winemaker began.  They were introduced to Winemaker Grant Long and he accepted the position.  Grant has been in the wine business his whole life, made his first wine at 16, owns several wineries, including Aonair, and also is a winemaker consultant.

When it came to finding a name, they knew they wanted to bring family into their passion.  JACK is named after their children — Jayce, Ashlyn, Christian and Kylie.  And of course to bring baseball in, you see the red baseball stitching on top of each capsule.

The property they purchased is 30 acres at over 2,000 feet and is located on the rocky, hillside terrain of Atlas Peak.  Grant also sources fruit from other locations for the wines including Diamond Mountain. The first vintage was 2012. 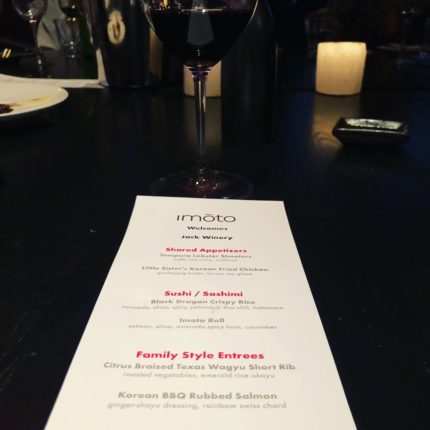 I was honored to be asked by JACK Wines to be an ambassador, which means I got to host a few dinners in Dallas bringing groups of friends who love wine together at Imoto.  This isn’t something that I usually do, so I had to make sure that the wines were more than a celebrity name.  Vernon lived up to his promise of making sure these were hand crafted, quality wines of mountain fruit that were worth the price point. 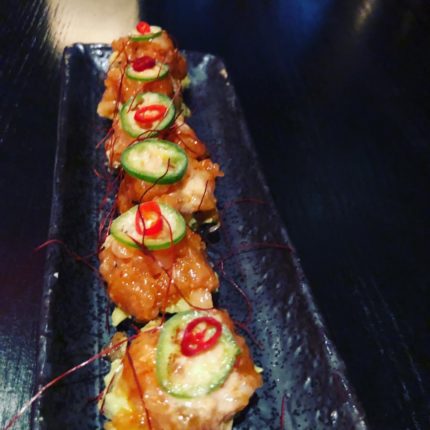 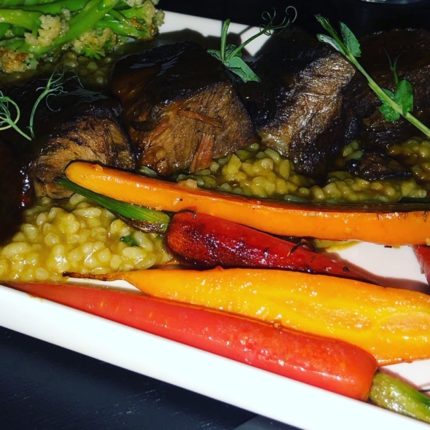 My personal favorites were the Pinot Noir, the 2013 Cabernet Sauvignon and the 2016 Cabernet Sauvignon, but I found the group had such differences in opinion, that I’m not going to do tasting notes.  Overall, I’ll say it’s hard to go wrong with any of these wines.