As a sommelier, you are expected to use theory to ideally pair the right wine with the right food.  But, usually you have the opportunity to taste the food first.  Del Frisco’s – banking on the skills of its talented women sommeliers – turned that premise on its head by not allowing them to taste the food prior to Somm Wars., a three city competition between three talented female sommeliers in Dallas, New York and Chicago.

The finale was in Dallas.  I was lucky enough to be part of a panel of five local wine experts and enthusiasts, including: Paula Lambert, a world renowned American cheesemaker, cookbook author and entrepreneur; Neal Caldwell, Manager and Buyer for Pogo’s Wine and Spirits and wine judge for TEXSOM and The Dallas Morning News Food and Wine Competition; Leigh Ann Adam, weekdays on-air personality from KVIL 103.7 FM; John DeMers, author, food and wine writer, host of Delicious Mischief Food and Wine radio show and director of culinary hospitality and host instructor at Fischer and Wieser Culinary Adventure Cooking School and Brooks Anderson, co-founder of Veritas Wine Room, Rapscallion and Boulevardier.

It is clear that Del Frisco’s takes its wine program and the advancement of women seriously.  I spoke with Jessica Novar, the director of wine education who was a true innovator in bringing the program to fruition.  “We had these amazing women, many who pioneered being the first women somms in their restaurants and we wanted to bring them together to celebrate wine, food and progress.”

And these were some bad ass women who clearly brought passion for food, wine and the customer to their job every day.  I had the chance to speak to the three ladies the day of the competition and they talked about their backgrounds. 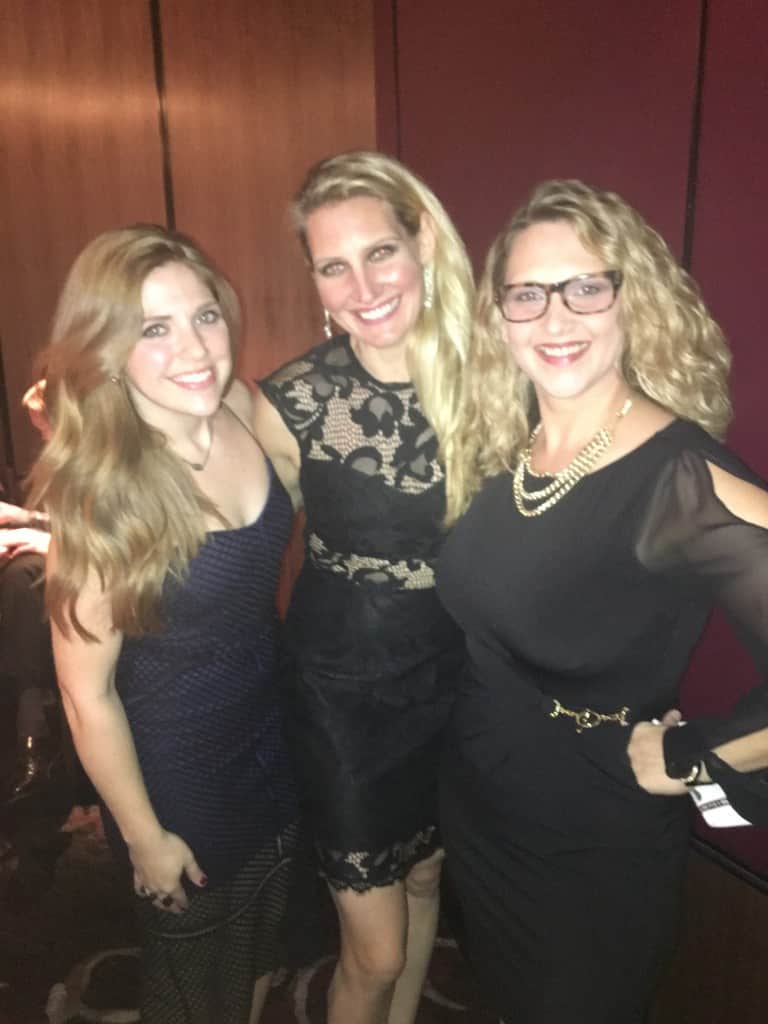 Dallas’ own Wine Director Chantel Daves holds a Sommelier Certification specializing in wine and food pairings.  She started her career at the Del Frisco’s in Boston in 2011 and moved to Dallas with the recent store opening.  New York’s Crystal Horton has been with Del Frisco’s for more than 15 years and has been a sommelier for 14 of them.  Her passion began early and ignited when she was first a bartender and quickly moved into the wine program, where she became a trailblazer sommelier.  Chicago’s Wine Director Amy Lutchen, has built an all-female sommelier team, which made me want to give her the world’s biggest high five as that is not the norm in the world of wine.

I asked them what surprised them the most about Somm Wars.  Because the tasting is completely blind and they don’t get to taste the food first (only the main course is the same from restaurant to restaurant), everyone starts equally.  They also wanted to spotlight at least one female winemaker in the pairings.  They loved the guest interaction and excitement.  Somm Wars also created this face-to-face bond that was elevated over lots of champagne.

I asked if they took a risk with their selections and the answers varied.  Overall they went with a classic approach.  Amy said, ”what grows together, goes together.” 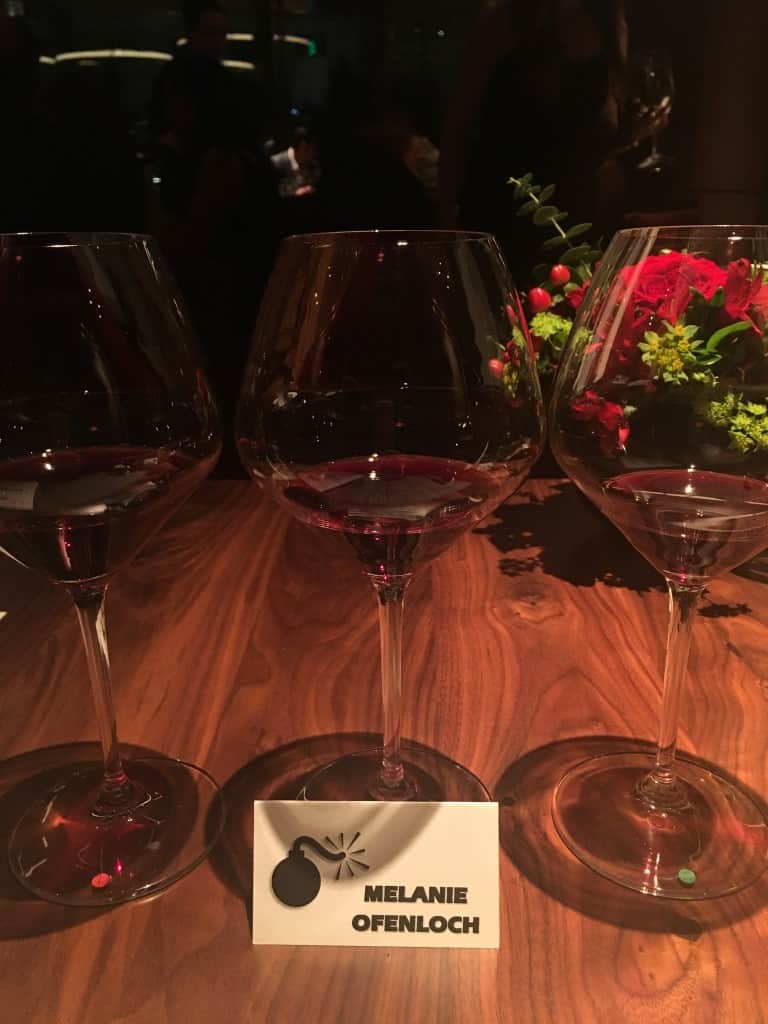 The wines ran the gamut – from California Chards to a Mosel Riesling with the first course.   Pinots from France and Sonoma to a Syrah blend with the second course.  A variety of red blends and cabernet based wines for the third.  And finally, two ports and an ice wine with the dessert.  After this election, I am not going to “armchair” quarterback any of them, but our judging group appeared to have a clear path of preferences.

The next course featured an Olive Oil Poached Dover Sole and Sweet and Sour Eggplant, paired with Tandoori Marsala Yogurt Sauce and Crispy Prosciutto, which it appears that I ate before I took a photo…. 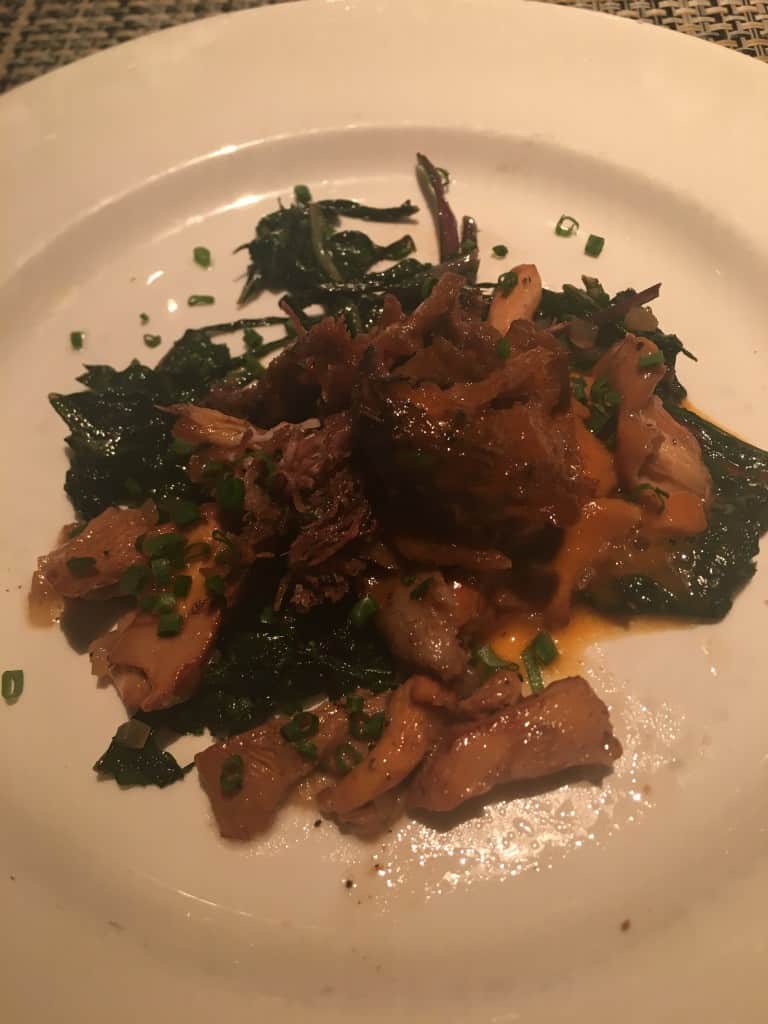 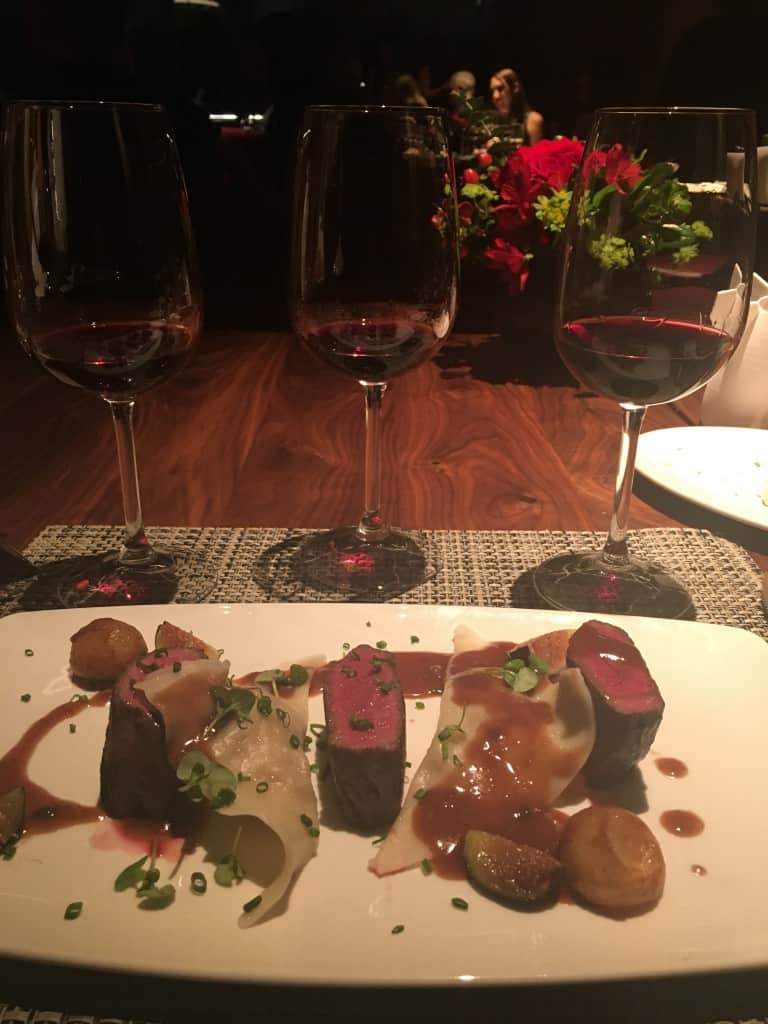 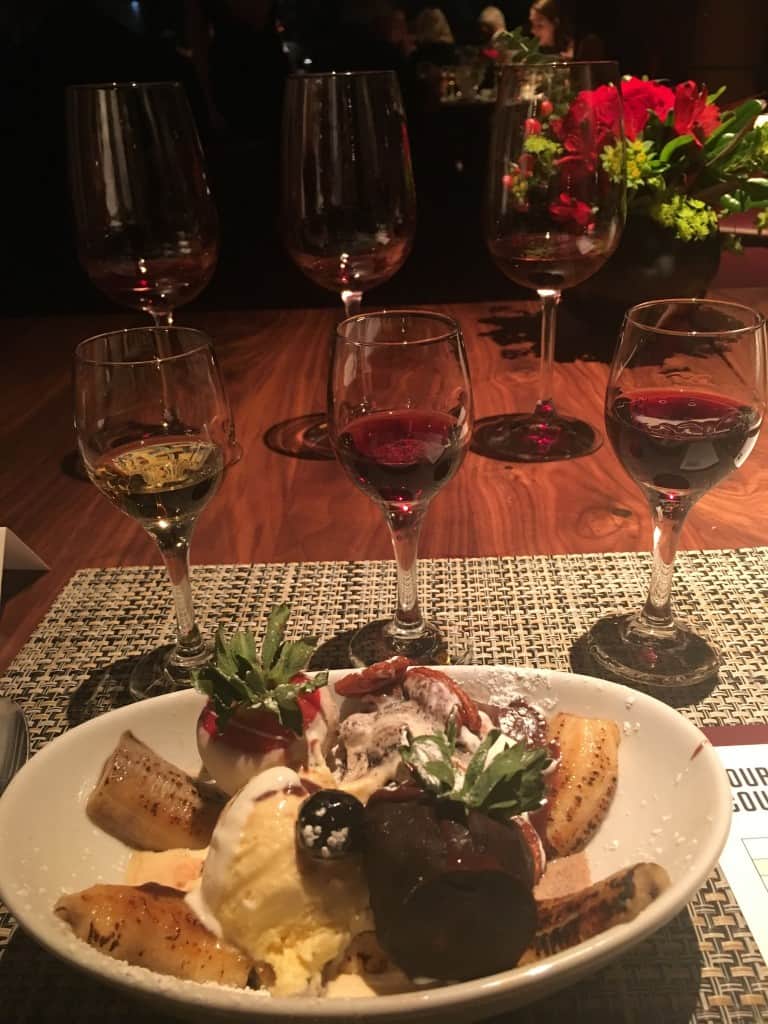 There were some amazing matches and some misses, but overall the takeaway was that you were part of this amazing process for bragging rights as Sommelier of the Year.  As for the winner, Chantel came in first in Dallas and Amy from Chicago clinched the entire “world series,” which appears to be spot on based on this year’s Cubs World Series clincher.