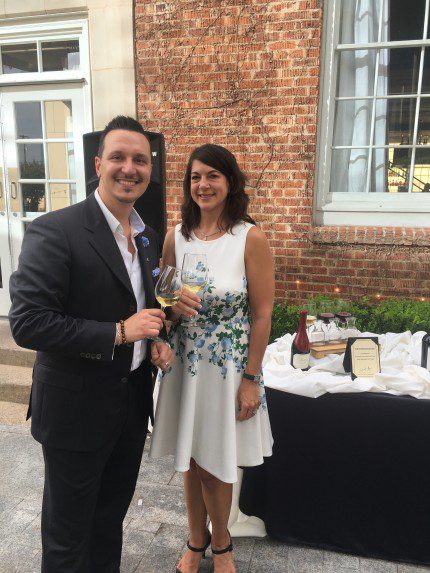 Danilo Di Nardo and me

Over the Summer, I’ve had a chance to visit two separate events hosted by HARWOOD District – one at Saint Ann Restaurant & Bar and one at Dolce Rivera.  Both times, I’ve been impressed with the out of the box thinking that breaks the mold of traditional Dallas restaurants.  That led me to do a little research on the man behind it — Danilo A. Di Nardo, the Sommelier and General Manager. 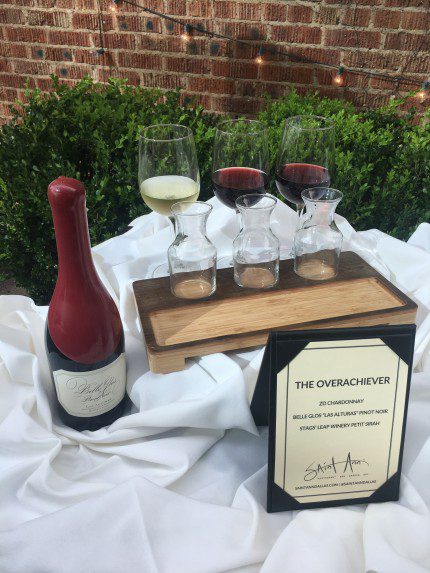 I first had the chance to chat with Danilo at the debut of the new flight program at St Ann’s.  Let me say that Dallas is completely missing the art of flights.  Except for Bodega Wine Bar, which has a flight of specific wines featured, the city of Dallas completely lacks in what is standard beyond an airport wine bar (and to be clear, I love that airport wine bar) – especially at a restaurant.

It is an approachable way for folks to try new wines from five different countries and are priced according to flight.  I personally would like to see some “off the beaten path” or country-specific options, but I’m excited to see St Ann’s taking a plunge into flights.  St Ann’s also now has a Dean’s List reserve wine list as well. 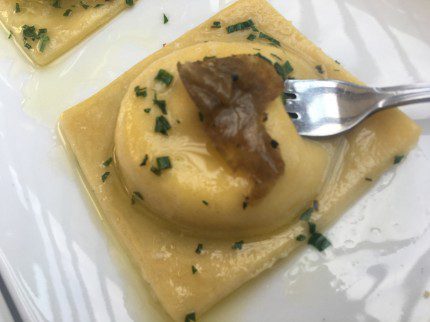 I was also invited last week to Dolce Rivera’s celebration of winning the prestigious 2017 Wine Spectator Award of Excellence.  You can tell that Danilo brings his love and passion for Italian food and wines with accomplishing this in in the year and a half since he joined Harwood and opened the restaurant.  He is going to be someone who helps to change the wine scene for a millennial crowd in Dallas.