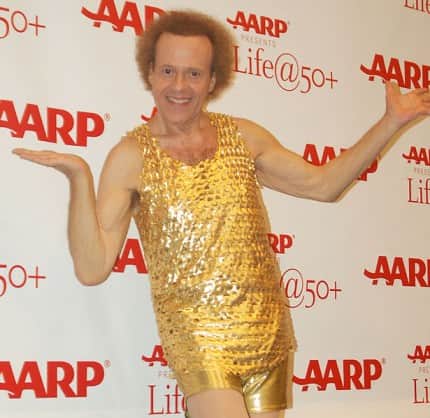 I was just gearing up to write the three year anniversary column for the launch of Dallas Wine Chick.  I was excited that this little blog had grown substantially over the past 1,000 plus days and was going to give a big shout out to you, my readers, for making this such a great community.

Then the Klout notice hit my inbox.  To be honest, I usually don’t pay much attention to Klout, especially since it goes to my personal Yahoo account, which I check about once a week.  Those who know me know that there are much faster ways to find me via email.  But, I clicked and saw that I had a pretty high score of 63.  I needed to investigate why.  When I clicked on my list of influential subjects, here were some of the highlights:

Richard Simmons?  After writing a column a week for three years almost exclusively about wine, I get Klout for Richard Simmons?  Now I’m not knocking Milton Teagle Simmons, a.k.a., Richard, and what he’s done to get lots of overweight people to exercise, but I can’t connect the dots of Sweatin’ to the Oldies to a chick in Dallas who really likes wine.  So, how did this happen?

So on behalf of the two of us as of February 1, here’s wishing the Dallas Wine Chick blog a very happy birthday.  And, most of all, thank you for your support, comments and helping make this a great little community.<div style=”background-color:none”><p class=”my_class” style=”visibility: hidden; text-align:center;margin-bottom:0px;”>Powered by<a href=”https://twitter.com/dallaswinechick”>Twitter</a></p></div>