College Football, A SEC Game Changer and the Merlots that Brought it to Life 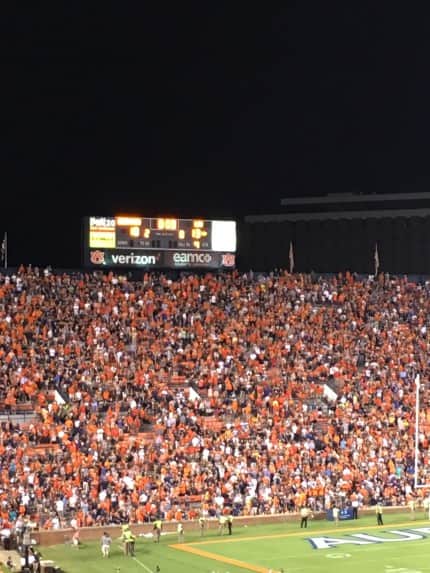 It’s Fall (well technically it is still 90 degrees in Dallas), but in most places that means cooler weather, changing leaves and college football. Cindy Rynning from Grape Experiences had the brilliant idea to ask women in wine to select a grape variety that described their college football team. Here is the post.

I likened Auburn to Merlot with the following description:

“The perfect wine to describe Auburn is Merlot.  It is subtle and gracious, yet can pack a punch.  It demonstrates an elegance with notes of berry and represents its terroir well. Auburn was Alabama’s first public land-grant university with a focus on agriculture.  Merlot is believed to be named after a French black bird (called Merlau) who liked eating the ripe grapes on the vine.  Auburn football fans also have a bird (the eagle) as the focus of our “War Eagle” rallying cry.” 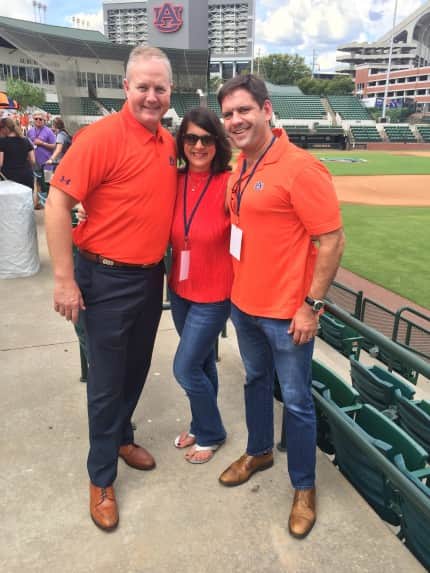 I happened to be on my way to Auburn University that weekend.  I am lucky enough to be a member of Auburn’s Athletic Advisory Council, which means that at least twice a year for the past five years I go to Auburn to meet with Athletic Director Jay Jacobs and his very talented communications team.  For the second year, it coincided with the Auburn/LSU game. 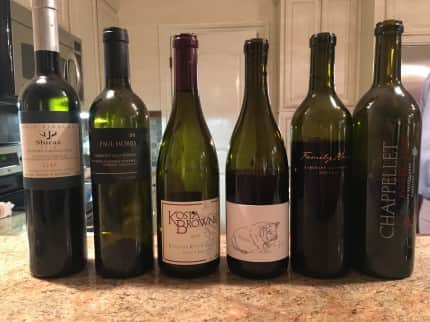 After our dinner on Friday, we went to the home of some dear friends, Randy and Nancy Campbell, who have broken out some amazing wines in the past and I finally had the foresight to check a few great bottles on our fight.  That was a good thing as Randy had billed me as a wine expert in a room of wine experts, so I was glad to have packed some special vino. 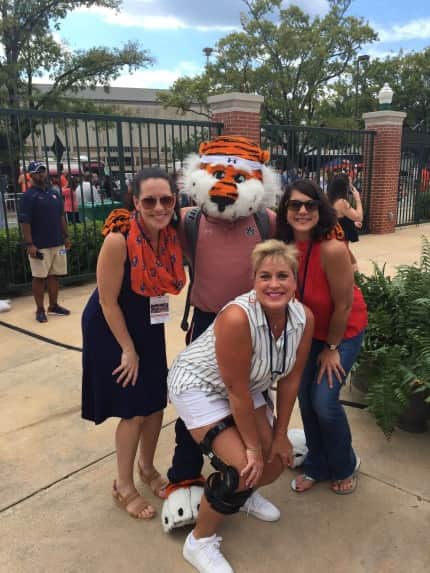 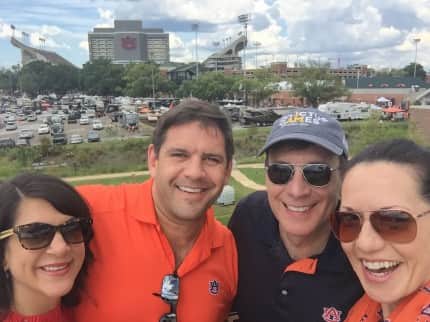 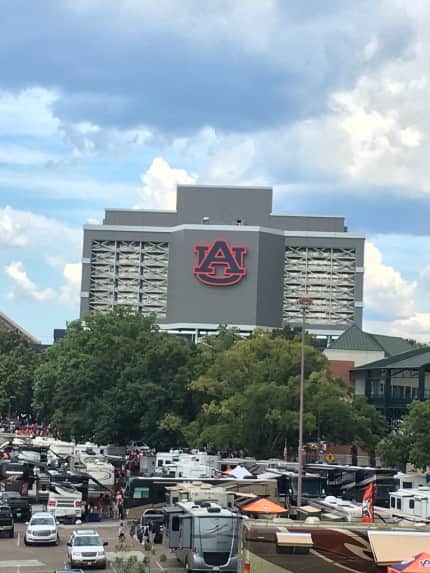 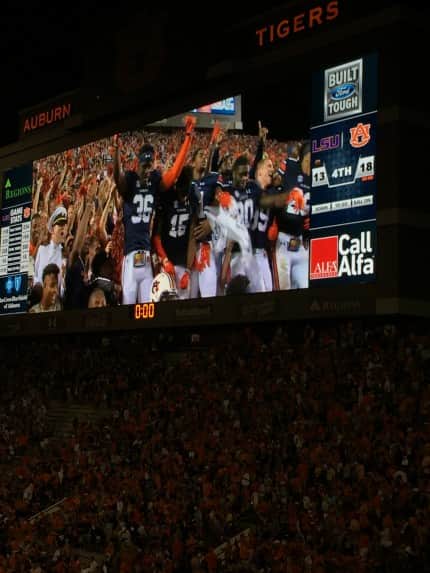 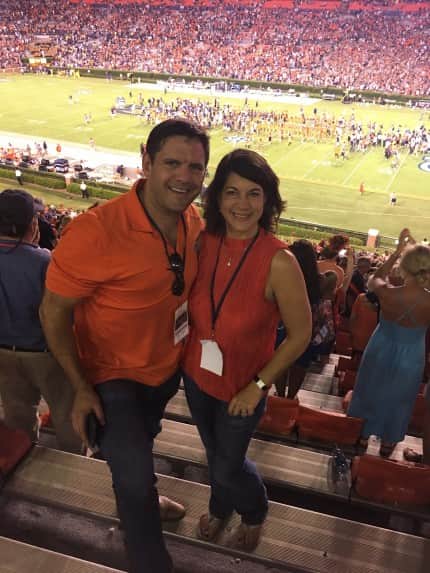 On Saturday we arrived at the game with 87,451 fans.  This was a big one for both teams with a strong undercurrent that each team needed this win to keep their current structure intact.  After all of the tailgating activities and socializing, we arrived at our seats in the stands.  And that is the point I stopped breathing for about three hours.  I’m sure by now you’ve seen the highlights.  LSU, 7, and Auburn, 3.  Then LSU, 7 and Auburn, 9.  Then LSU, 13, and Auburn, 18. You could feel the collective gasp when the crowd realized the time clock had expired on Danny Etling’s scoring pass and it wasn’t valid.  And then the celebration began. 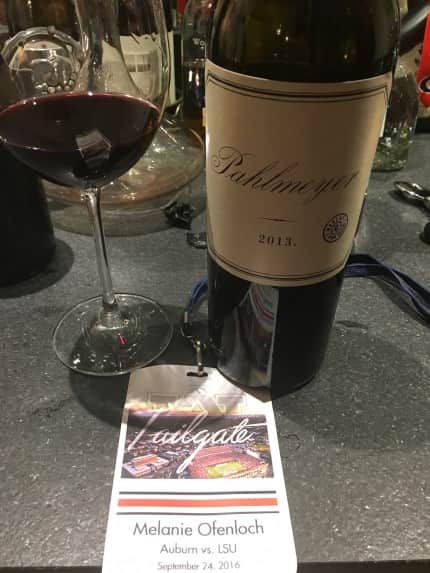 Naturally we had to open Merlots to celebrate.  In honor of #merlotmonth #merlotme, I was sent a 2013 Pahlmeyer Merlot.  This wine is going to evolve drastically over time – it was complete velvet and so smooth on the palate. I tasted blackberry, chocolate, herbs, blueberry and floral notes.  This wine was worthy of this win. 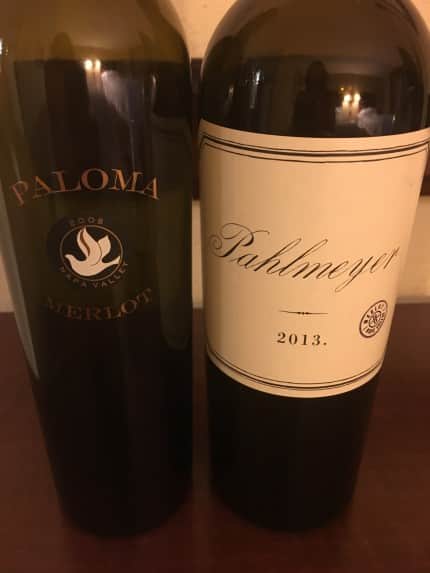 We also had the treat to find a bottle of 2008 Paloma Merlot.  When the Wine Spectator named Paloma the wine of the year in 2003, the winery was completely out of wine.  But Barbara Richards, the proprietor, took the time to chat on her porch where we watched the hummingbirds together.  Barbara passed away a few months ago, but to be able to enjoy her wine and remember that moment of time was special.