Checkered Past Winery: A Dallas Wine Bar Where Someone Always Knows Your Name 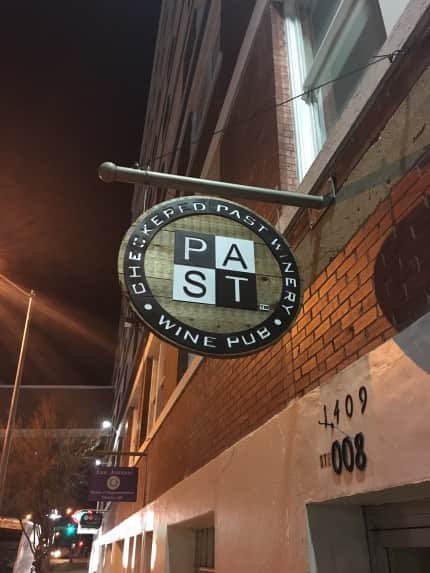 If you are looking for a wine bar that takes itself incredibly seriously and is full of folks discussing the esoteric qualities of wines, Checkered Past Winery is not for you.  If you are looking for your next neighborhood “Cheers experience,” but with a mix of Texas and international wines (and beer too), belly on up to the bar and let Sandro DiSanto , co-founder, owner and winemaker and Carolynne Chancellor, manager and vineyard owner, change your mind about wine snobbery and Texas wines. 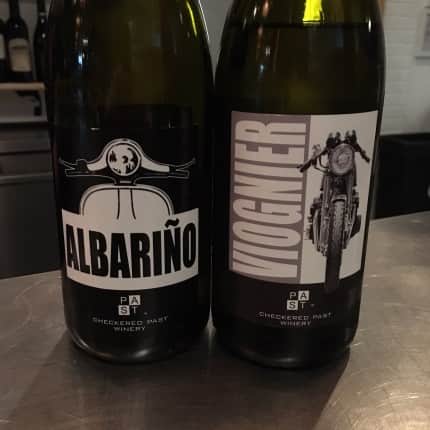 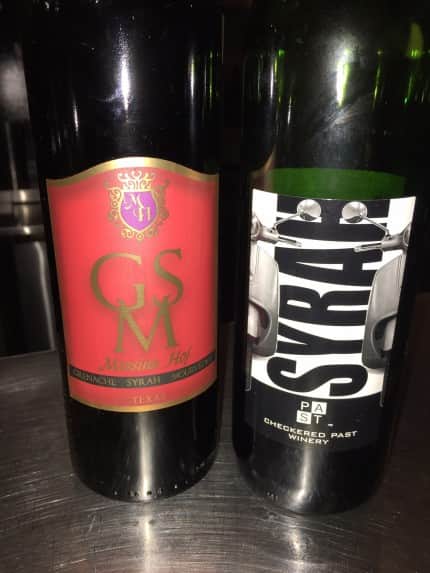 So I’ve told you what Checkered Past Winery isn’t.  So what is it?  It’s an urban wine pub in the South Side neighborhood which features quality Texas wines, locally brewed beer, and great wines from around the world with really great folks running the show.  Checkered Past actually has its own wines made in Texas.  We tried several of the wines – the albarino, the viognier and the syrah.  I liked them all, but really enjoyed the two whites.

The winery, which opened in early December of last year on Prohibition Day, is themed around Mods and Rockers, two different British youth subcultures of the early to mid 60’s and 70’s.  The rocker subculture was based upon motorcycles, leather jackets and 50’s rock and roll.  The mod subculture was based around fashion (think Mad Men), music and many rode scooters. 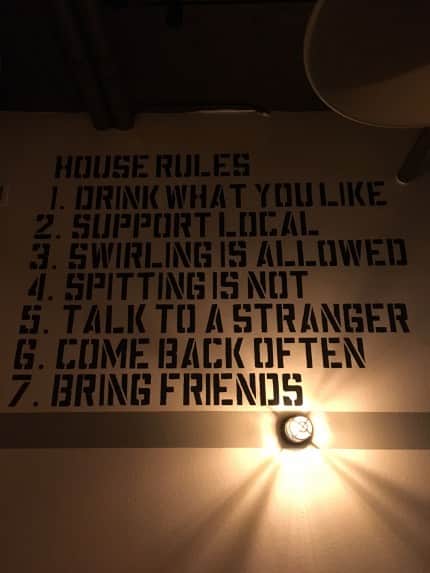 There are a lot of things that make Checkered Past Winery unique including the fact that Sandro is a winemaker making his owned branded wines that you can try at the winery.  His philosophy is to make “balanced wines without faults and pair well with food and friends.”  Carolynne is also growing grapes that will eventually be used in the branded wines.  There is a list of fellow Texas winemakers (higher end) that are considered “friends” as well as seven tap wines as well as local beers and ciders in addition to the international wine list.

Sandro wanted to build an urban winery after commuting more than 80 miles each way to work and wanted to change the traditional model of having to travel to a winery.  The Cedars neighborhood was chosen because it was creative and artistic.  Walking into the building, you see that influence.  The staff at Checkered Past Winery designed the entire space themselves except for the paint you see on the walls.  You see old metal, scooter and motorcycle parts that showcase the theme.  The music also is a mix of reggae, ska, jazz and punk – depending on the night and live bands are prevalent. 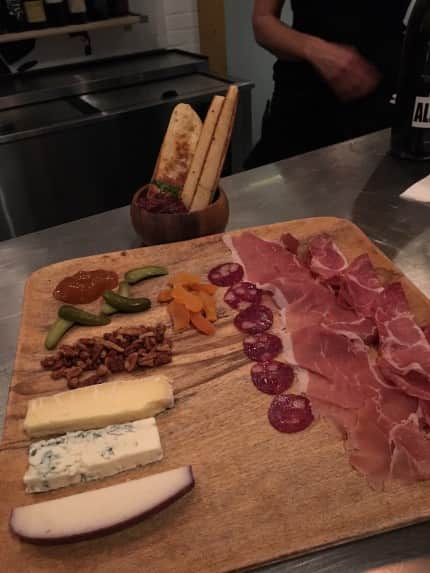 Wines are available by the glass, bottle and through the wine club.  It’s free to join and you are only committed to one month for two bottles – usually around $40.  You won’t find wines on the center shelf of the grocery store – it’s a cool and eclectic selection. 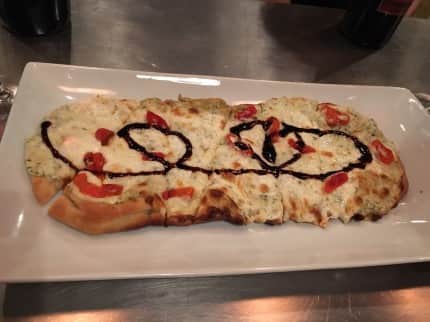 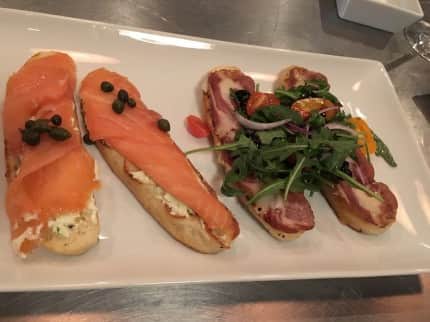 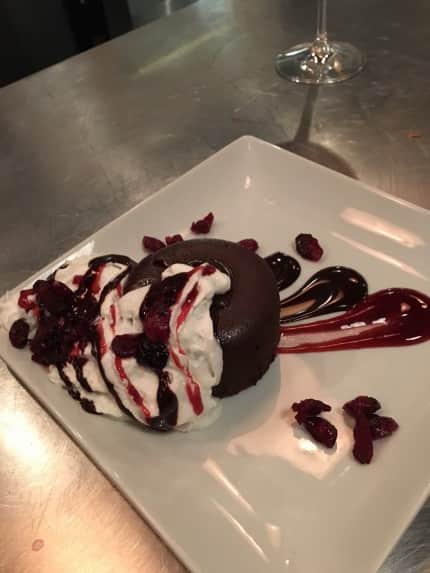 And, the food.  A picture says one thousand words and I’m positing all the delicious things that we ate.  This is a wine bar that is meant to be a place to demystify wine and become your next neighborhood destination.